Do you own a bee farm, are you intending to start one?

Then like most farmers you would agree that one of the tasking aspect of bee keeping is finding suitable flowering plants for their apiary.

Azaleas are very bad for bees as they produce highly toxic nectar that are not good for your bees. Also most times the azaleas flowers will bloom when bees are not active and such cannot easily get to them.

Their have been many suggestions such as the London bell, Goat weed, orange Lavender, Blue Borage, Marjoram, Pussy Willow, Abelia (Bee Bush) and many more.

The problem is that not all flowering plants are ideal for beekeeping.

One flowering plant that has been of great interest in bee keeping is the Azaleas (a shrub of genus Rhododendron).

Many wonder, should I plant Azaleas in my apiary? are Azaleas poisonous to bee? is honey made from them safe for consumption? do their flower attract bees? To help you decide let us discus how Azaleas affect bees and honey.

Azaleas are flowering shrubs in the genus Rhododendron.

Azaleas are usually of two types; the Tsutsuji (or the evergreen) and Pentanthera (or the deciduous).

Azaleas bloom in the spring (May and June in the temperate Northern Hemisphere, and December and January in the Southern Hemisphere), their flowers often lasting several weeks.

They include over a thousand species and 28,000 cultivars, according to the International Rhododendron Registry.

In their native habitats, azaleas are often found growing in or on the edge of woodlands in well-drained, acidic soil that is rich in organic matter.

The plant should be grown in temperate soil and. Azaleas do well in full sun or part shade (about four hours of sun).

Planted in full sun, azaleas will be more compact and floriferous. When planted in part shade, they will stretch toward the sunlight and form a more graceful habit; flowers will not be as plentiful but will last longer.

Now let’s get to the main question:

Are Azaleas Bad For Bees?

The answer to this question is quite varied depending on the context so let us answer it in three parts:

Are Azaleas Poisonous to bee?

While Azalea is also highly toxic — because it contains andromedotoxins in both its leaves and nectar – Azalea nectar are not out rightly harmful to bees.

While some species are highly toxic, there has been reports of andromedotoxins honey in Europe thus not all species are harmful.

It is also noted that larger bees (bumble bees) seem to be attracted to the bee tree and it’s been suggested that they may posses tolerance for the toxins contained in the plant.

The idea of poisonous or toxic nectar have baffled many… ‘why would a plant produce flowers that seem to scare away and even kill its potential pollinator?

The report by Stephanie Pain in her 2015 seem to shed more light on it, she reported that some Eco biologists think the rhododendrons are selecting a certain subclass of pollinators – bumble bees – that have evolved to tolerate rhodo-poisons called grayanotoxins.

Related: Here is an article I wrote on are dahlias good for bees?

Are Azaleas good for bee keeping?

A number of observers have reported visits to the bloom by several species of the larger bees, but the Rhododendrons are not listed as honey plants in any state.

The flame-colored azalea (R. calendulaceum) is exceedingly abundant in the mountains of North Carolina.

Due to its toxic nature, Azaleas make for bad and even highly toxic honey.

For example in some parts of Turkey, Bees are deliberately fed on, producing a mind-altering, potentially medicinal, and occasionally lethal honey known as “mad honey.

According to legend, the invaders sometimes ate enough of the tainted honey to become too sick to fight.

Are all Azaleas toxic to pollinators (bees)?

With all the following you may wonder, does that mean that we have no bee friendly cultivar or variety of Azalea?

Well there has been one reported pollinators friendly Azaleas ‘the Encore Azaleas’.

It has been reported that they possess all necessary qualities to attract pollinators like bees, butterfly, hummingbirds etc.

In conclusion, While Azaleas make beautiful flowers, are easy to sustain, they are generally not very good for bees.

This is because they could be toxic to bees and man and also are not choice nectar source for bee.

While we noted that there could be a few species that would be pollinators friendly it was clear in the article that Azaleas are not generally considered honeybee plants and as such we advice that you follow better alternatives if you are hoping to run a bee farm. 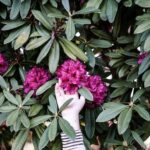 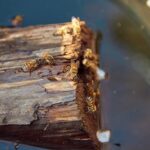