Coneflowers are the trifecta of flowers. They enhance the garden’s appearance, are edible and medicinal, and are about as uncomplicated as they get.

It’s unsurprising, then, that this popular perennial has evolved from a simple prairie bloom to a national staple.

Coneflower plants often self-sow if a few ripe seed heads are allowed to persist over the winter.

This type of prairie plant is tolerant of drought, heat, humidity, and poor soils. It blooms all summer with a daisy-like purple blossom.

The cones on the flower head attract a variety of birds that feed on the seeds throughout the winter.

Echinacea plants, when grown in optimal conditions, can become virtually invasive in a garden bed. At a minimum, you’ll have many young plants to distribute and spread across your yard.

What Does It Mean for a Plant to be Invasive?

An invasive plant is one that has spread into an area with no natural habitat.

Non-native species that spread out of control are known as invasive species.

When a plant is classified as “invasive,” it means that it was imported from another place and has now spread like wildfire throughout its new home.

Birds, insects, and humans may all contribute to the spread of invasive plants by scattering seeds that germinate and grow.

In addition, an underground network of root-like plant elements known as rhizomes is used by some invasive species to proliferate. In certain cases, digging out the rhizomes of a plant is a useless attempt at eradication.

Invasive plants compete effectively with other plants, crowding them out and deterring the establishment of other plant species.

Here is an article I wrote on what do coneflowers attract?

Coneflowers are native plants. They become invasive due to the lack of barriers that prevent them from spreading and pushing out native species.

The roots of coneflowers do not spread (rhizomes).

Each spring, a Coneflower plant can produce several seedlings, and its root mass can expand to a diameter of 1-2 feet. No runner roots will be sent out.

Unlike other perennials, annuals, and bedding plants, coneflowers develop a dense cluster that blends in well with grasses in the foreground.

While other blooms fade, coneflowers take their place.

Unlike many other flowers, coneflowers self-seed. All flowers have an inner cone with petals surrounding them.

Each petal attaches to the cone; it is linked to the cone by seed at the base (a ray flower)—some of the seeds produced by a flower fall to the ground.

Goldfinches land on dried seed heads and pick out seeds of their own volition.

In this process, seeds fall to the ground and may germinate in the next Spring if not eaten by another bird or mouse.

Coneflowers will proliferate and spread when the earth is disturbed, and the spent flower’s seed is abundant.

Because of their fibrous roots, this only applies to the common Purple Coneflower, Echinacea purpurea, and its hybrids.

The coneflower root mass should be divided to maintain its attractiveness and viability when it reaches this size.

As a result of the primary root mass dying, you’ll have a bare spot on your plant for the following season.

How Do You Keep Coneflowers From Spreading?

Coneflowers should be deadheaded to prevent them from spreading.

There is an extremely simple approach to prevent the spread of Coneflowers. Simply deadhead coneflowers as the blooms fade. You must repeat this procedure until they cease blossoming.

Using scissors or pruning shears, trace the stem from the wasted bloom to the point where it joins two leaves. Just above these two leaves, cut the stem.

This will prevent seeds from developing and prevent new plants from growing the following Spring.

Also check out this article I wrote on do coneflowers grow in sandy soil?

How Much Will Coneflowers Spread?

When growing in a mass, coneflowers form a tap root at the center and branch outwards from there.

Clumps can grow to a diameter of two feet and be taller than six feet in the wild.

This plant mass must be separated into individual plants every three to four years. Overcrowded roots prevent the plant from getting nutrients from the soil.

Can You Split Coneflowers?

Since its roots are fibrous — Echinacea purpurea — is capable of being divided.

It is best to avoid dividing other Echinacea species because they all have taproots.

Splitting taproot plants is possible, although it is extremely difficult and frequently results in the plant’s death.

Echinacea Purpurea, sometimes known as the Purple Coneflower, can be safely divided.

Echinacea purpurea can be divided every three to five years. Dispose of the root mass by digging it up in the early spring or fall.

Cut the root mass into two to three pieces with a gardener’s knife, pruning saw, or shovel. The parts should be wrapped in a damp towel.

Root fragments should be replanted and watered immediately. From start to finish, here’s all you need to know about properly dividing coneflowers.

Dig a trench around the entire root system of your coneflower plant with a heavy shovel; be careful to dig vertically into the dirt to avoid damaging the roots.

Keep in mind that the plant’s roots will require a deep hole to be removed from the earth.

Using the tip of your shovel, totally remove the plant from the trench and then rake the earth away to expose the roots.

If you can see the roots, you should be able to figure out where the coneflower should be divided.

Take care not to mutilate or disturb the root structure more than is necessary when pulling apart the coneflower using a tool.

Immediately after separating a single coneflower plant into multiple plants, you should plant them in new locations.

To ensure that invasive plants don’t overrun your garden, do some research before starting.

Be aware of invasive species hidden in the pots of native plants when shopping at garden centers.

Find out what plants are invasive in your area by contacting your local university extension office or visiting their website.

An invasive plant can be difficult to identify in your garden. Make sure to complete your research if you suspect a wandering plant may be invasive before removing it. 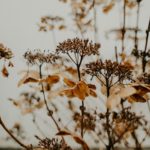 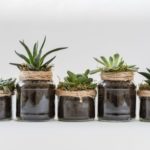