Composting is a great way to boost your soil, to enable better production.

Compost is the mixture and decomposition of organic waste in the soil. Generally, it helps to enrich the soil and helps it to maintain moisture. In addition, composting is a better alternative to fertilizers.

This has led to the frequently asked question “Are eggshells good for composting?” Keep reading to find out!

Are Eggshells Good For Composting?

Yes, eggshells are good for composting. They are great for improving the structure of compost and are highly beneficial to plants. Eggshells are a great source of calcium; in fact, they are made up of calcium carbonate, which is a very hard material.

Calcium is an essential nutrient for plant growth.

Eggshells can help to prevent calcium deficiency in your plants, and they can also help to improve the quality of your compost.

When eggshells break down in your compost pile, they help to create tiny pores in the compost that can improve drainage and aeration.

Eggshells can also be used for pest control. They are sharp and abrasive, and this enables them to keep pests like slugs and snails away from plants.

So, if you have a problem with pests in your garden, adding eggshells to your compost can help to solve it.

How Long Do Eggshells Take To Compost?

Eggshells usually take a long time to compost; this is because they are made of calcium carbonate which is very slow to break down.

It can take eggshells up to two years to fully compost. However, this is dependent on how the eggshells are prepared before being added to the soil.

How Do you Prepare Eggshells For Compost?

There are a lot of misconceptions when it comes to the use of eggshells for compost.

Preparing Eggshells the proper way is very important. Here are the ways to prepare eggshells for compost;

This process requires either sun drying eggshells for some weeks or oven drying them, which is a much quicker process.

However, chickens are known to have bacteria known as salmonella, these bacteria can be harmful to both plants and humans.

Since chickens produce eggs, their shells also carry these bacteria.

Hence, if eggshells are put directly into the soil without drying they can cause damage to plants.

In worst cases, they transfer these bacteria to the plant which in turn causes harm to humans when consumed.

This is the reason why eggshells require heating before using them as compost.

After the eggshells must have been dried, the next step to preparing them for compost is by grinding.

Grinding these eggshells is very important, it makes the eggshells to compost faster as earlier stated.

Grinding eggshells are really easy; you can either roll them under a rolling pin or bottle, alternatively, you can use a food processor to crush the eggshells.

Any choice you make will work fine. However, ensure the eggshells are ground to powder form.

3. Tilt the eggshells into the soil

When the eggshells have been ground to powder form, the nest step is to tilt it into the soil.

Tilting it into the soil is very important because eggshells take a long period before they are absorbed by the soil.

Tilting eggshells into the soil enables the roots to absorb them faster and easier.

Eggshells can also be sprinkled on the surface of the soil as well; it just takes a long time for them to get absorbed by the roots of the plants.

Also check out this article I wrote on is greenware compostable?

Can You Put Boiled Eggshells In Compost?

Boiled eggshells can be used in compost; there isn’t really much difference between cooked or raw eggshells.

However, cooked eggshells are even preferable, this is because cooking your eggshells also kills the salmonella bacteria present in eggs.

When eggshells are boiled, most pathogens including salmonella will be reduced or eradicated completely.

This means you don’t have to go through the process of air drying or oven drying it.

Do You Need To Wash Eggshells Before Composting?

Washing Eggshells is very important before proceeding to use them in compost. Raw eggshells have been noted to contain salmonella.

Washing these eggshells is the first step to be taken before proceeding with drying or cooking.

Washing eggshells are important for a number of reasons which are;

Can You Compost Egg Cartons?

Egg cartons can be used as compost; however, the kind of material the carton is made of will determine its usability.

If your egg carton is made of cardboard or paper then it can be composted.

These types of cartons are quick to decompose when added to the soil.

However, egg cartons that are made of plastic or Styrofoam can’t be used as compost.

This is because they don’t break down when put into the soil, they are not biodegradable.

When using cardboard or paper cartons ensure you break them up first before composting. This helps them break down faster.

They usually take about 2 to 4 weeks to decompose completely.

As you can see, eggshells aren’t just a waste product to be thrown in the trash can. So next time you’re making breakfast, don’t throw away those eggshells compost them instead!

Eggshells are very useful, especially as compost for your gardens.

There are many reasons to put eggshells in your compost pile.

Eggshells are a great source of calcium for plants, they can help to improve the structure of your compost, and they can deter pests.

However, for eggshells to compost faster, they should be washed, dried, or cooked, and tilted.

These processes also ensure that the compost is healthy for both plants and animals. 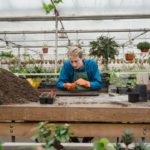 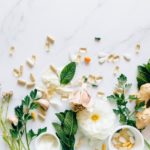