Bees and other insects are disappearing from the earth at alarming proportions.

We all know we don’t see bees as much as we used to.

Several reasons have been attributed to their disappearance including loss of habitat and the use of pesticides.

The use of leaf blowers has also been pointed as a reason for bee decline. The pollution released by the blowers is very dangerous to the insects which makes them die easily.

Are Leaf Blowers Bad For Bees?

It has been reported by several organizations that leaf blowers are bad for bees and other insects.

The population of bees and other insects is plummeting in the world. Bees are important pollinators in the ecosystem.

Bees, especially honeybees alone, pollinate about 80% of the world’s crops.

There are other pollinators in the ecosystem including other insects such as moths, flies, beetles, and birds such as bats.

There are various reasons that have been put forward for the alarming decline of bees in the ecosystem ranging from the use of insecticides, habitat loss, diseases, and pollution.

Leaf blowers have been intricately linked with the reduction in the population of the bees and even other insects.

As such, many environmentally friendly activists are agitating that these tools be proscribed from public use.

What Are The Effects Of Using A Leaf Blower On Bees?

In beekeeping, a lot of beekeepers tend to use leaf blowers as a method of keeping bees away when harvesting honey.

Blowing bees out of honey bee supers is a quick way to get rid of them, but they don’t enjoy it.

Honey supers are taken out of the hive with the bees and stood on end.

The bees are then blasted from the frames at 200 miles per hour using a leaf blower.

They are positioned about 5 to 20 feet away from the hive’s entrance.

This results in the bees being disoriented, agitated, and might become aggressive as a result of that.

Also, leaf blowers can endanger the living leaves that remain on trees and bushes as they will form collateral harm from blowers directed at the ground.

Air bursts of up to 200 miles per hour can destroy bee hives and habitats of other insects.

This then leads to a loss of their habitat and consequently a decline in the bee population.

Are Leaf Blowers Bad For Insects?

Leaf blowers are bad for insects. Most often blasts from the blowers end up destroying the insects’ habitat.

As much as humans see insects as a nuisance they are very much important to our ecosystem.

Without insects, humans will not be able to survive. A large majority of the insect population serves as pollinators.

They make over 80% of the worlds’ food available. Without the pollinating activities of insects, trees and fruit-producing flowers would not produce anything.

This would leave humans with very few food options.

A large majority of leaf blower models are not only loud but release a lot of toxic gases into the atmosphere.

Bees and other insects are dying as a result of direct exposure to these noxious substances.

In 2019, the German government warned Germans that the use of leaf blowers was fatal to the bees and it was causing an ‘insect Armageddon’.

There have also been several similar warnings about the negative effects of leaf blowers on the insect population.

Despite these warnings, the use of noisy gasoline-powered leaf blowers is still very much widespread and some cities have had to resort to banning leaf blowers to gain some semblance of sanity.

Why You Should Not Use Leaf Blowers?

Leaf blowers are good for maintaining cleanliness and aesthetic standards in most cities and homes.

For a long time, the leaf blowers have taken over the traditional rake and you can often hear the loud sound of the blower in various municipalities.

In recent times, there have been concerns over the health and environmental effects of leaf blowers.

For one, gas-powered leaf blowers are very loud and noisy. Most of them often fall within the 80 – 100 decibel range which is harmful to the operator.

This can lead to hearing loss and ear injury for operators. Also, the fumes released from these leaf blowers are harmful to the environment.

The gas models release toxic carbon monoxide into the atmosphere.

Leaf blowers are a nuisance to the environment and the neighbors.

Gas-powered leaf blowers are a nuisance most people agree should be long gone from our cities.

It has its own fair contribution to the risk of global warming and a lot of cities are gearing towards outlawing the use of the blowers.

Why Are Leaf Blowers Banned In California?

In October 2021, the governor of California Gavin Newsom signed legislation that would make the state the first to prohibit the use of gas-powered leaf blowers beginning in 2024.

The ban would also extend to other gas-powered landscaping tools such as lawnmowers.

The ban has come as a result of an outcry on the environmental degrading effect of gasoline leaf blowers.

Gas leaf blowers release toxic pollutants in the form of carbon monoxide and other hydrocarbons into the atmosphere.

This contributes significantly to the deterioration of air in the atmosphere.

It also indirectly contributes to health dangers such as smog, making it difficult for individuals to venture outside as the weather cools.

Leaf blowers as well release dust, ash, and other tiny pollutants in the air, making breathing difficult for persons with respiratory problems.

Gas leaf blowers with 2 stroke engines are also quite loud, passing the decibel limit and contributing to ear injury.

As a result of these problems caused by leaf blowers, several cities have begun the process of banning gas leaf blowers.

People are advised to go for electric models which are quieter and do not release toxic emissions.

Due to the negative effects of leaf blowers, they have been ruled as not being environmentally friendly.

When you take in the noise levels from a 2 stroke engine, it shreds the air and disturbs the peace of a whole neighborhood.

Most birds and small creatures are spooked by loud noises.

The leaf blowers are major contributors to the loss of insects especially butterflies and bees in the ecosystem.

The noxious substances emitted by the blowers also take the earth a step closer to global warming.

The case against leaf blowers especially the gas models is strong and they are seen as not being environmentally friendly in most cities.

We all loved seeing the bees and butterflies going about their work in our younger days.

Now, the number of bees in the world has dropped alarmingly and poses a serious problem to our ecosystem.

Unfortunately, gas-powered leaf blowers have also contributed their fair share to this decline.

These types of blowers emit carbon monoxide and other hydrocarbons into this atmosphere.

This pollution is toxic to bees and other insects, leading to their quick deaths.

Cities are banning leaf blowers as a result of their negative effects on the environment. California is one state that has taken the bold step of banning gas-powered tools. 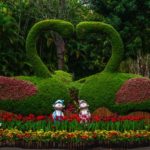 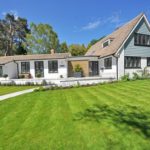