In recent times, there has been a huge outcry over the use of leaf blowers in cities.

It is a major cause of both air and noise pollution. Leaf blowers have become an essential part of landscaping work over time.

Gas powered blowers have been considered to be detrimental to health.

They release toxic carcinogens into the atmosphere. Most of them also often operate outside of the decibel limit.

Let’s discuss the dangers of using a leaf blower, why leaf blowers are bad, if blowing leaves can make you sick amongst other questions.

What Are The Dangers Of Using A Leaf Blower?

Small engines, such as those used in leaf blowers, are expected to overtake vehicles as the leading cause of air pollution.

This is one of the major reasons why gas leaf blowers are being banned in various cities in the US and around the world.

These toxins have all been linked to health problems such as dizziness, headaches, asthma attacks, heart and lung illness, cancer, and dementia.

Blowers may produce clouds of industrial pollutants, which settle on foods we rate. When ingested they can cause significant health issues.

Most often they violate the noise code set by cities and pass the decibel limit.

Steady use of the gas leaf blower within 2 hours can cause irreversible hearing loss. It will also affect 90 surrounding houses.

The low frequency noise produced by gas blowers goes longer and is easily transmitted through windows.

The operators handling the leaf blowers are very vulnerable to the health problems mentioned above.

They inhale the smoke and are also directly in line with the noise. Some of them do not use eye or ear protection.

Gas leaf blowers generally pose a risk to the public. Particularly children and the elderly, persons with chronic asthma.

Why Are Leaf Blowers Bad?

Gas powered leaf blowers pose a negative risk to the environment due to their noise levels and toxic emissions.

No one can deny that leaf blowers are instrumental in cleaning up our yards and cities.

However, the continued use of gas leaf blowers is not advisable. They are producing as many toxins as cars into the atmosphere.

This is contributing significantly to the depletion of the ozone layer.

The detrimental effects are widespread. There is more pressure on governments to ban the gas blowers in every city.

With the use of the electric models, the problems being faced can be tackled and cleared away.

Can Blowing Leaves Make You Sick?

Gas powered leaf blowers can be detrimental to the health of the operators. This is due to the toxins they release into the atmosphere.

The operators are often the first in line to take in the negative effects.

Some of them have developed hearing loss in the course of the job.

Working with gas leaf blowers can lead to long term lung conditions. Even people around the operators are not exempted.

A leaf blower’s sound can be heard miles away, oftentimes over the decibel limit.

It can severely affect people with preexisting respiratory conditions such as asthma.

Children and old people have a high risk of being sick when they are around people using leaf blowers.

Electric leaf blowers are a more healthy alternative which should be propagated.

Electric blowers are more quiet. They do not have exhausts for gas emissions and cannot release toxins into the atmosphere.

Why Are Leaf Blowers Being Banned?

Leaf blowers are being banned in various cities, the first of which was California in 2021.

Leaf blowers are being banned because of their negative contribution to the environment as well as being detrimental to peoples’ health.

In research, leaf blowers have been discovered to be a substantial source of carbon emissions.

Also, most people are tired of the noise nuisance leaf blowers cause. The silence of a beautiful sunny afternoon can easily be shattered with the whine of one machine.

This is the story in many municipalities, where people cannot enjoy a cup of coffee outdoors. Even several blocks away the noise of a leaf blower can still be heard.

Sadly, it is over the decibel limit and can cause gradual hearing loss for the operators.

The health implications for operators range from eye problems to hearing conditions and respiratory problems such as asthma.

Cities are advocating for the more quiet electric types which also do not have harmful emissions.

Is It Safe To Use A Leaf Blower?

It is safe to use a leaf blower, however there are safety precautions that should be set before use. Leaf blowers release as much force as 500 CFM per minute.

This is enough to knock a person down or cause damage if not handled properly. Some general safety rules for leaf blower use include:

Should Leaf Blowers Be Banned?

A number of cities such as California and Washington have banned the use of leaf blowers in the cities.

Gas leaf blowers are incredibly loud. They also reduce the quality of air.

They should be banned in most cities.

Electric blowers can be used for landscaping activities. Some are of the opinion that gas powered blowers are stronger than electric.

However, with time, the electric models will come to be as strong as the gas powered ones.

The environmental degradation by the gas models is alarming and there should be a stop to it.

The sound of a leaf blower working nearby is a sound most of us are used to.

This doesn’t mean we are comfortable with it. Gas blowers have been said to be seriously detrimental to health.

They contribute to a number of health conditions such as asthma.

Operators of this kind of leaf blowers are at a high risk of falling sick. They are also liable to develop long term health conditions due to their exposure.

This is necessary as we need to protect our cities from further environmental damage. 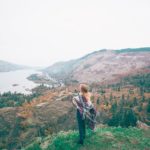 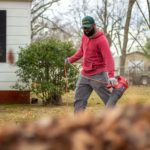