Would you like a bird coming to destroy your crops when you are already dreaming of a bountiful harvest? I wouldn’t as well.

Birds are well known to play a crucial role in pollination and they perform their job quite well.

However, they can be a bit nasty too!

Many birds damage crops and even hunt domesticated animals in the farm, leading to a great loss for farmers.

Below is a list of the top 10 birds that are considered farmers enemies:

A common farmer enemy is the hawk. Hawks are known to be predators and they hunt for poultry animals and other little domesticated animals in the farm.

They often watch from afar before striking and are not usually seen until too late. By then, the head and neck of the prey would have been munched on.

Sometimes, in an attempt to scoop the prey, these poor animals are dropped off and they sustain several injuries.

Farmers are wary of hawks but it is illegal to kill birds of prey despite the problems they might cause.

Related: Here is an article I wrote on birds that use camouflage

The grey partridge bird is common in North America and Europe and is well known and hunted for its meat.

Asides that, this bird feeds on weeds, grasses, insects and grains.

Now, a farmer might tolerate feasting on weeds and grasses but he definitely would not tolerate partridges feasting on his crops.

Feeding Chickens in the Wind

Grains like corn, wheat, rye and barley are great source of revenue for farmers and they would not like it if partridges decide to feast on these crops.

The Herald (2014) identified pigeons as real pests that eat seed grains in their developmental stages and greenery such as clover and peas.

These bird species are always hungry and they gobble up grains of wheat and barley daily.

Worse still, they are capable of destroying oil seed rape plants upon grazing.

Pigeons are known to eat in flock as the abundance of food attracts others.

This tiny little bird may seem quite harmless and cute but what they are capable of doing in the farm will battle you.

House sparrows can wreck havoc to farm crops like wheat and sorghum.

They also contaminate animal feed and they cause a lot of problems to farm animals.

They compete for nestling sites, kill birds, hatchlings and eggs, and they dominate during feeding time.

They are also known for spreading bacterial diseases too!

One of the most vicious birds capable of destroying rice and corn farmlands is the weaver birds.

They feed on rice, maize, millet. Sorghum, guinea corn, melon, pepper and a list of other crops in the farm.

When left unchecked in the farm, this bird can destroy an acre of land filled with rice.

They pose a great threat to farmers as their activities in the farm drastically reduce income yield of farmers.

In the words of Pimentel et al. (2000), “The damage caused by European Starlings in the agriculture industry is estimated to be approximately $800 million per year at $5 per hectare.

Starlings peck and slash at fruits like apples, blueberries, cherries, figs, grapes, peaches, and strawberries, reducing the quality and increasing the vulnerability to diseases and pests.

Asides that, their waste spread invasive seeds and they transmit and spread diseases among animals in the farm.

The house crow is ranked a serious avian pest and it has a wide feeding range.

It destroys food crops and wheat grains in large quantities, especially at the post-harvest level, therefore, directly competing with man for food resources.

The house crow in particular, has taken special interest in corn and you will surely find it pecking away at this plant in the farm.

Its activities in the farm causes a great economical loss for farmers.

Redwinged blackbirds are know to cause a considerable amount of damage to crop plants especially during summer and fall.

Some of the plants damaged by this Avon species include sunflower, rice, corn, amongst others.

They often damage these chops upon ripening, creating a great loss for farmers

A common and well known bird is the American Robin. It is often reported to consume small fruits and cherries.

Robins eat and cause substantial damage to cherries, grapes, blueberries, and a while lot of small fruits, thus, posing as an enemy to the farmers

Also known as Columba livia, Rock Dove can be crop pest as well. They forage in farmlands for grains such as corn, wheat, barley, and oats, and they consume peas too.

Rock doves are known for their corrosive droppings. Little (1994) explained that large amount of Rock doves droppings can kill vegetation and even deteriorate buildings and increase its cost of maintenance.

Basically, rock doves compete with humans and livestock for their food and cause lots of problems for farmers too!

While some of these aforementioned avian species considered as farmers enemies can be effectively managed, others might be quite hard to manage.

It is also important to note that despite the varying number of methods used by farmers to keep birds out of the farm, these avian species can be intelligent too and they become accustomed to these methods.

That is why I’ll rather advise you to be dynamic when managing the birds in your farm.

Make sure while driving birds away, you allow some to stay in the farm. Birds can be natural enemies to farmers, but they can also be natural friends as well! 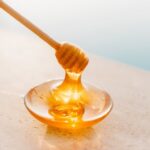 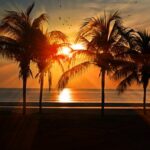