Just like humans, birds make shelter constructions called a nest. There’s no denying that these creatures were designed to be architects from the get-go.

Birds make their nest from a wide variety of different shapes and materials like grasses, spider webs, plastic, saliva, and even snail shells.

There are numerous species of nesting birds, and each has its unique nesting habits. Let’s check out 10 birds that build a beautiful nest.

The Montezuma Oropendolas are species of birds that live in colonies. They are found mostly in the rainforest regions.

They can also be found close to banana plantations and bamboo thickets.

These bird species, however, build one of the most gorgeous nests ever seen. If you’ve ever seen an apple tree, you would probably compare it with this beautiful nest type.

Unlike other nests, their nests hang far from the tree. Hence, it is usually referred to hanging-nest.

The dominant oropendola will rule a tree with a colony of more than 50 hanging nests.

Most of the time, these nests are at least three feet below the branch they’re on. Interestingly, these exquisite nests are built by females.

Montezuma species are known to be polygamous. The males are capable of mating with a large number of females.

These feathered creatures begin nest building after the breeding season when the females are focused on producing young.

These nets are made of finely woven sacks that are suspended three feet below the branch. It takes them 9-11 days to complete the construction process.

This long, deep nest is designed to have stinging attacks. This shields the young from predators and keeps eggs from blowing out of the nest in high winds.

Related: Here is an article I wrote on birds that imitate sounds

The ovenbird is a small songbird that belongs to the new world warblers’ family.

The nest of the ovenbird gave rise to the bird’s unusual name. They construct their nest in the shape of a Dutch oven.

This kind of gives the nest a domestic look.

This nest is unique in every way. Interestingly, it comes with a cover.

The ovenbird female is a master weaver, creating her nest’s cup, side entrance, and roof all from the inside out.

She covers her nest with twigs and leaves to keep predators out.

The nest serves as a predator-protection system for the birds’ eggs and offspring.

Because ovenbirds are ground birds, they are easy prey. Their predators include brown-headed cowbirds, chipmunks, raccoons, and snakes.

This species of bird range in size from 7.5 cm to 20 cm. Generally, they can be found on the continents of Africa and North America.

Their bills are typically rounded, their feathers are thick and their feet are incredibly strong.

The nests of the penduline tit are exceptionally well-made. They make use of a combination of materials such as animal hair, wool, plants, etc.

This species of birds usually use their nest for breeding purposes. They perform a bonding ritual by making a nest together.

Usually, the male birds start building their nests and finish them when they have successfully attracted a mate.

These love birds cooperate to finish up their nest.

When one is working on the exterior, the other works on the interior. However, this bonding process is short-lived.

These birds have a natural talent for making things. They build distinctive nests that dangle from branches.

For this masterpiece, they hunt for a suitable branch and then strip off all of its leaves. After that, the bird gets to work, creating knots out of long thin blades of grass.

He consistently does this until he has formed a neat oval dome. The Southern Masked Weaver constructs the nest using his feet and beak.

Research shows that it takes approximately five days for them to complete the construction process.

Well, there’s no doubt that this nest comes out incredibly beautiful. However, the more experienced a weaver is the better nest he builds.

When the weaver has built his nest to his standards, he begins showcasing his works with songs and fluttering wings to potential mates.

The females being picky choose the freshest nest. Interestingly, these birds make use of their nest just once.

They are known to build at most 25 nests each season.

The edible-nest swiftlet is a tiny swift family bird found in South-East Asia. This bird makes use of its saliva in the construction of its nest, which is fascinating.

These nests are made of intertwined threads of hardened saliva. Layers of saliva are commonly found to accumulate on rocks.

To construct the nest, the congealed saliva is applied as a mortar and cement mix. The process of making this nest rest mostly on the male.

It is no doubt a taxing process. And, it takes up to 40 days to complete.

Just like their name implies, their nests are edible. Foodies will likely find this appealing because of the fresh ingredients used.

However, to some other people, this may be repulsive. Interestingly, these birds’ nests are highly nutritious.

It contains high levels of calcium, iron, potassium, and magnesium.

In the past, the nests were gathered from caverns in Borneo. These were primarily the gigantic limestone caves at Gomantong and Niah.

The sociable weavers are common little brown birds. They are natives of the Kalahari region of southern Africa.

They are one of the most interesting birds in the world. Sociable weavers are unique due to their lifestyle and nest building.

They are popularly known to build a nest that lasts a lifetime. These unique nests are usually massive.

I guess you can call them a family bird. In addition to the fact that they are strictly monogamous.

From a distance, the sociable weaver nest may resemble a haystack with no entrance.

However, the entrance is found underneath.

Different materials come to play during the building of a social weaver nest.

Such materials are soft plants, sharp spikes of straw for protection, pieces of cotton, and fluff. Large twigs and dry grasses are used in creating chambers.

These nests are constructed to scare off predators such as Cape Cobras and boomslangs, a type of tree snake.

Weavers typically construct their nest to stand the test of time which is quite impressive. They are unique indeed.

This entire procedure takes roughly seven days to complete. The male starts building to attract a female. When he can’t find a mate, he throws everything away and starts over.

Hummingbirds being small birds are known for having an unnoticed nest. The nest of a hummingbird measure a little over an inch.

Their nests are constructed from materials such as spider webs. These spider webs give the nest stretching capabilities.

The female hummingbird is entirely responsible for nest construction. Males are not involved in the nesting period.

The female hummingbird takes her time gathering materials, constructing the nest, and raising her chick.

Malleefowl are mostly found across Australia. They do not build a nest-like most other birds.

Malleefowls are monogamous birds. As a result, they are known to construct their nest together.

However, the males facilitate the bulk of the work and are occasionally assisted by the females.

The males start by digging three-foot-deep burrows for their nests.

They scrape a considerable amount of littered leaves and sands with their muscular, powerful feet. They use these materials to form a large pile.

After that work is completed, the female inspects the hole and begins filling it with grasses.

The vegetation is left for the rain to fall in it. After that, the male seals in moisture by piling sand on the grass.

Hamerkop birds are the only surviving species of the genus Scopus and scopidae family.

These birds are well-known for their massive nests. These birds have the largest bird nest ever.

Their nest gigantic edifice made primarily of sticks cemented together by mud.

The nest is hung in a tree and decorated with items like fabric scraps and bones. The size of their nest, according to the study, acts as a warning mechanism.

It alerts other birds to the fact that the place has been occupied.

However, the hamerkop is one bird that does not hold territories. And so, they would usually not defend a specific territory.

During the mating season, the nest is constructed by both males and females. This construction is expected to last six months. However, depending on the availability of resources, it might be completed in less time.

However, after the nest is complete, the love birds incubate the eggs and nurture their young together.

These birds are well-known for their intricate nest-building patterns.

They go to great lengths to please their extremely picky partners by constructing a structure known as a bower.

This structure serves as the foundation for courting and mating.

However, the female bowerbirds are highly responsible for building the actual nest. They construct their nests by laying materials like sticks, leaves, vine tendrils, and fens.

Generally, the nest is constructed on the ground.

Nesting is a critical season in most birds’ lives.

While some bird species do this to attract mates, others do it to prepare for the arrival of their new babies.

Every bird nest is made distinctly. And these lovely animals take their time in creating a magnificent nest. 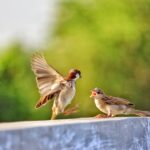 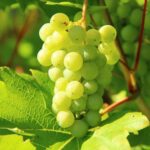