Birds are sound-making creatures. These sounds help us identify each bird.

Also, they use sounds to express different emotions like fear, distress, excitement, hunger, and so on.

However, most birds have the distinct feature of imitating other sounds. Some mimic sounds made by other birds, animals, humans, and even objects. Interesting isn’t it.

Wondering what birds these are, well, keep reading as I reveal 10 birds that imitate sounds.

Parrots are amazing and unique creatures. They are well-known for the sounds they make.

They almost exactly mimic human sounds and languages. Interestingly, these birds are capable of learning and imitating new sounds.

This fascinating ability is a result of a brain region.

Parrots, like humans, have only one sound-producing organ. This organ is known as the syrinx.

With the help of their syrinx, parrots can imitate sounds. The parrots’ syrinx is similar to the human larynx.

The syrinx can be found beneath their windpipe. Furthermore, they also have long, muscular tongues that aid in the production of modified sounds.

While most birds imitate nesting, alarming, and other sounds, parrots, however, mimic sounds to engage in social interactions.

They love to blend with their environment. This natural instinct makes them imitate sounds.

The crow is a songbird. They are not known for having the most beautiful songs, but they are songbirds nonetheless.

Crows and parrots have many similarities. They can imitate the sounds of other humans, birds, and animals in general.

Crows can communicate in the same way that parrots do. They use their syrinx to mimic and repeat the words and sounds they hear.

Even though they aren’t always so close to humans, they’re pretty good at mimicking human speech without mutilating it.

Crows have been heard making a variety of hoarse or grating coos, caws, rattles, and clicks.

These are arranged in sequences that can last several minutes and are delivered quietly and with a rambling, improvised quality.

When they are threatened, they usually make a beak click sound. This sound is typically high-pitched.

This is a typical sound. This is a sign that the bird is defending its territory or property and is attempting to repel the intruder.

It is often accompanied by neck tension and sometimes the lifting of a paw. They will continue to make this sound until their threat has passed.

Crows are well-known for imitating other birds. They do this primarily during nesting seasons.

While nesting, they imitate predator sounds or other bird threat calls, such as a hawk or owl screech, to deter other birds from approaching the nest.

These songs can scare other birds away if they believe the territory is dangerous, making it safer for the brooding bird and its chicks.

Related: Here is an article I wrote on birds that like water

Mockingbirds can learn as many as 200 songs. Amazing right? They often mimic sounds in their environment including other birds, car alarms, and creaky gates.

Mockingbirds will most definitely mock you. They sing perfect note imitations of other birds.

Like all mimics, they learn the songs of other birds. Oftentimes, they sing the song better than the original bird could sing it.

Mockingbirds imitate the calls and songs of other birds and this gives an impression that the territory is highly populated.

And the mimicked birds get discouraged; they scout for another territory to settle in.

The male mocking birds use their sound to attract female birds. Songs are super important in the courtship of these birds. Females prefer males who sing more songs.

Since mimicked tones are learned, a bird with more vocal variety is demonstrating its intelligence, ability to survive, and other characteristics a mate would find desirable.

A male can top his rivals by quickly adding to his repertoire some of the sounds around him.

Catbirds are extremely interesting birds. They are capable of imitating other birds and animals. However, it has not been observed that they can imitate human sounds.

Catbirds have been observed communicating visually, using their head and feathers, as well as their songs and calls.

Catbirds, as the name implies, have been reported to make cat-like sounds. They have a raspy mew that sounds like a cat.

They also make use of sounds to attract mates. Males with the most diverse sound repertoires may be the most appealing to females.

Their large repertoires demonstrate that they have already survived many breeding seasons.

The male sings loudly from high perches, declaring his territory or challenging an intruder.

Many birds use songs to claim territory, and incorporating mimicked tones into the song can demonstrate the resident bird’s strength.

Extra sounds may also mislead other interested birds into thinking there are far more birds in the area than there are.

Instead of challenging the resident to mimic the bird, the newcomers may simply move on.

Impersonating Jay is from the Corvid family. Just like their names imply, they are very good imitators.

They imitate other animals and even humans. However, they are popularly known for imitating Hawks.

During their nesting period, jays are highly territorial. This is the major reason why they imitate hawks.

Just like other birds, they would not want to share their space with other birds, including fellow jays or hums.

Although their behavior is not especially territorial toward other jays, they do protect their young with fervor and a lot of noise when they see an intruder.

As a result, impersonating a hawk will most likely deter other birds and small mammals from attempting to steal the jay’s eggs or young hatchlings.

Because hawks are large predatory birds, smaller birds and mammals will flee if they suspect one is nearby.

They do this when they feel threatened. These sounds may get the attention of other species to help in the attack of a predator or other perceived threat.

However, these birds aren’t that vocal compared to songbirds. Vocalization in birds includes a wide variety of calls besides the song proper.

It also provides a means of social communication.

Birds song is best considered the vocalization that is used in courtship and breeding. This is mostly utilized by the male to advertise that he is ready to mate.

As stated earlier, birds use songs to attract the female and perhaps stimulate her sexually, to keep the pair together, and also to inform rival males that he has established a territory from which they will be excluded.

These are another amazing bird species. They are most notable for their ability to mimic natural and artificial sounds from their environment.

The amazing Lyrebird can imitate anything. They imitate other birds, chainsaws, theme songs, and car alarms, etc.

Lyrebird is known for the striking beauty of the male bird’s huge tail when it is fanned out in courtship display.

Lyrebirds are famous for raising false signals. Yeah, they are one tricky bird.

The male lyrebird would imitate the sound of a flock of birds. This sound comes off as an alarm that a predator is close.

Another amazing bird with great features is the starling bird. They are very vocal birds and great imitators.

They pick up sounds from their fellow starlings and songbirds. They also imitate sounds from people and even inanimate objects.

The sounds they produce include whistles, whizzes, rattles, and pops.

Starlings are overly developed. They are super intelligent birds. Amazingly, they are equipped with the ability to talk.

So, they can even learn how to talk. Surprisingly, these birds have been noted to talk better than parrots.

They copy sounds from animate and inanimate such as dogs, cats, frogs, clocks, etc.

Starlings make a variety of sounds when trying to protect their territory. They also make sounds to attract a mate.

Oropendolas are highly vocal birds. They can make high pierced shrill calls, as well as mimicry.

This means they can imitate other sounds and birds they hear.

The Oropendola call is a shrieking sound, and when performing the mating ritual, the male bird makes a unique call.

This bird’s vocalizations are made up of short phrases that include a few flute-like notes, crackling and grating sounds, a harsh churr, and, on occasion, a wurp.

Their sounds are frequently interspersed with long pauses. A phainopepla may imitate the sounds of other species as a defense mechanism, particularly when guarding the nest.

The most common call is a quiet wurp, which can be heard in a variety of situations.

The males use a hard trilling churis used mostly against other Phainopeplas intruding on their territory; females give a softer version when soliciting courtship feeding

Several birds imitate sounds. Some are more vocally developed than others.

However, they make these sounds for several reasons like attracting mates to themselves, defending their territories from predators, or engaging in social interaction. 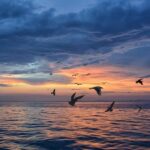 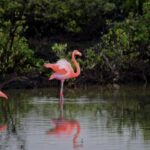