Building nests is one of the most important activities in a bird’s lifetime and various species of birds make their nests in spots that are comfortable for them.

A bird’s nest is where it incubates its eggs and raises it’s hatchlings till they are old enough to leave.

Tree nests are very common among many bird species however today we will discuss birds who make their nests on cliffs.

It might sound like an unlikely place to raise young birds but bird species who live close to cliff sides around water choose to nest there. 10 birds who engage in this behavior include:

The common murre which is of the family auk usually make their nests on rocky cliffs and usually spend their life on the sea and only come ashore during their breeding periods.

Common murres do not build nests but can gather pebbles to serve as the nest beds and around the eggs which is then cemented by excrement.

This helps to secure the egg and stop it from rolling off the edge.

The species lay one egg at a time and incubation usually lasts about 40 days.

Common murres are monogamous in nature with both parents participating in incubation and raising their chicks.

They are also nest faithful and not only parents but grown chicks return to the nests every year.

Cliff swallows are a species of the Swallow family known for building gourd-shaped mud nests on cliff edges and in the eaves of buildings.

Mated pairs do serious work in building their nests with both of them carrying wet mud and laying them one by one in rows until the structure is complete.

Cliff swallows ensure the nest opening is small to protect the eggs and nestlings from predators such as falcons, hawks, snakes and other mammals.

They have a clutch size of about 1-6 eggs with incubation lasting 20 days at the most.

Related: Here is an article I wrote on birds that glide

The thick billed murre is of the family of Auks closely related to the common murre. It can be found on cliff sides close to saltwater in the High Arctic region.

Thick billed murres can be found with other sea species such as Fulmars, Common Murres, Kittiwakes and Razorbills.

After mating, the bonded pair lay their eggs on bare rock and protect it with pebbles just like the common murres do.

Both parents contribute to incubation and chick raising with one staying at the nest while the other forages.

The Little Auk is a marine species found around the Arctic region in the Bering sea, Greenland and some parts of Russia.

The Little auks are peculiar for being black and white in color however during their breeding season they get almost black.

Breeding season is during the summer with the little auks making their nests in large congregations on rocks and cliffs close to water.

There is usually a fierce competition for the best nesting sites and once the spot is secured, the nest is made with pebbles.

The pairs lay their eggs after mating and incubation lasts about a month with both parents taking turns to warm the egg.

The parents care for the chick for another month before it becomes fully fledged and flies away to fend for itself.

The razorbill which also belongs to the Auk family is a striking bird with black and white plumage and thick blunt beak.

The razorbills also have large nesting colonies on cliffs close to the sea during the breeding season.

This is used in training chicks who dive into the water before their feathers are fully formed with the male parent following to protect it.

The nests are sited by the males and can be bare or lined with vegetation, pebbles and seaweed.

The Kittiwake also known as the Black-legged Kittiwake is a species of gull found in arctic regions such as Bear Island, Iceland, Greenland and a few other areas.

The Kittiwake are social in nature and nests near each other on cliffs with large colonies numbering thousands.

They collect mud and seaweed from surrounding areas and use the mud as a platform before adding seaweed and other gathered vegetation to it.

Both parents contribute to building the nest and Kittiwakes clutch size at one time is 2 eggs.

Incubation lasts about 4 weeks and after hatching the parents will store food in their crops and then regurgitate it for the chicks to eat.

The northern gannets are native to North America and are usually found in the areas between Eastern Canada and the Carolinas during their non-breeding seasons.

They make their nests on cliff sides with large colonies and explorers have found odd objects such as shotguns, shell casings and false teeth on their nest walls.

Gannet nests are usually built with feathers, mud, seaweed and algae held together with excrement.

An average nest size is about 8 inches tall and 12 inches wide. Ganners usually produce one egg at a time and spend about 46 days incubating the egg.

Puffins are seabirds that spend most of their lifetime on the sea and come ashore during breeding season.

Breeding season starts around early March to late April with the adults returning to the cliffside to form colonies.

The clutch size of a puffin is one as they lay one egg at once and spend about 36-45 days incubating the egg.

Their nests are burrows on the cliffs which they dig with their bill and feet with both sexes contributing to the task.

The guillemots live and nest on the edges of cliffs. The seabird species which has a penguin-like look usually gather at cliff edges or on rocks before its breeding season.

To be able to mate successfully, guillemots need to be vitalized and stimulated by a loud and noisy crowd.

When it’s breeding season, the birds make loud noises which fill the air, however during the rest of the year they stay silent.

After courting and mating the female of the species lays a single egg on bare rock with no nest created.

The eggs of the guillemots are usually egg shaped and this is to ensure the egg turns in a circle when pushed instead of rolling off the cliff edge.

The Northern fulmars are of the family Procellariid and inhabit the Antarctic and arctic regions of the world, specifically the North Atlantic and North Pacific.

They usually grow to about 45 cm in length.

Fulmars are social nesters, they nest in large colonies.

They nest in cliff sides and most often they can nest on bare rock or create the nest in a small depression usually lined with bits and pieces of grass and seaweed.

The Fulmar lays one egg at a time and lays on it for one month and 20 days, approximately 50 days.

Both parents sit on the egg at different times and once the egg is hatched, they both care for the chick.

There you have it; ten species of birds who nest on cliffs sides. Most of these birds live on the edge of the world and have adapted to their surroundings.

Some of them such as the cliff swallow build their nests with mud and design them to keep out predators. Others like the Murres make their nests on bare ground protected by just pebbles.

Most often both parents share their parenting duties from egg incubation till the young chicks are old enough to leave the nests. 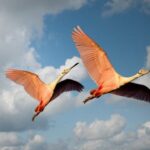 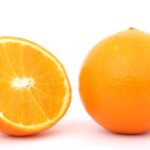