Gliding is a form of flying in which birds expend little energy by riding between air thermals and falling slowly while still moving fast.

In essence the 15:1 ratio is utilized i.e. for every 15 feet the bird flies it descends a foot.

Not all birds can engage in this kind of flying as only strong and skilled fliers like eagles, facons, kites and hawks can do this.

This article will explore 10 powerful birds that glide while flying and how they accomplish this powerful feat.

The eagle is one of the most dangerous predators the world over. The main diet of the eagle includes living prey such as fishes and small mammals like rabbits and hares.

It also eats carrion and will even fight other birds for their prey.

The eagle is special because unlike other birds who mainly glide while flying as a passive activity, eagles can actually carry out several activities while gliding.

Big eagles such as the Golden and Bald eagle can spot prey, engage in complex courtship rituals and defend territories while gliding thousands of feets up.

Eagles are known for gliding between thermals a considerable amount of the time they are migrating.

The albatross is another bird great at gliding.

An albatross can travel a distance of up to 3,000 miles a week without expending so much energy through gliding and soaring.

When about to fly, the bird starts out close to the ocean and lifts off on a thermal current.

They have a slow start and after reaching a high altitude they are able to fly in the same direction with the wind.

This then enables them to glide while descending to a lower altitude where they maintain their momentum and move fast.

Condors such as the Giant and Andean Condors are known for flying for hours on end without once flapping their wings.

Andean condors are the heaviest soaring bird and can average a total weight of 16kg.

Andean condors only flap during the lift off and landing stages.

For these inland birds, lifting off can be a little difficult but once they are up in the air they can glide for about 99 percent of the time.

They rely absolutely on wind currents to fly. A research carried out by attaching logging devices to 8 young condor birds discovered that only 1 percent of a 230 mile flight was spent flapping and that was during takeoff.

Related: Here is an article I wrote on birds that puff out their chests

Among birds of prey, the falcon has earned it as one of the strongest. It is also the fastest bird on earth.

It is known for its ability to dive down as fast as 220mph from high altitudes once it spots a prey.

Falcons, especially hunters such as the Peregrine falcon and Gyrfalcon, have bodies that are adapted for flying at high altitudes.

They have bodies shaped like bullets with long pointed winds which enables them to dive at high speeds.

The vulture is one large bird which is the master of soaring and gliding. It has adapted to flying at high altitudes with low oxygen levels for long periods of time.

The Ruppell Griffon vulture is the highest flying bird in the world reaching heights of 37,000 feet and a member of the species once collided with an aircraft in Africa.

With its bullet shaped body and large broad wings, the vulture is endowed for perfect gliding.

The push and pull effect that comes from the lift and drag helps the vulture stay within thermals and glide.

Like the Condor, it also experiences difficulty lifting off but once it gains altitude, the vultures can stay hours within stopping.

While gliding, the vulture relies on it’s sharp vision to easily spot carrion and the Turkey Vulture species has adapted to glide at lower altitudes to spot prey faster.

Frigate birds are quite energetic migratory birds that can travel for months without landing once. Remarkable right!

A frigate bird can travel as much as 255 miles daily with little to no rest. These birds are able to catch their food which is mainly fishes on the fly, feed then lift off again.

Research has revealed that the frigatebird gains altitude by riding on big clouds where they make soaring movements to keep lifting higher.

They can go as high as 5,000 feet without once flapping their wings.

After reaching their preferred altitudes, they glide for about 50 miles before finding another cloud to give them a lift.

Kites are exceptional birds of prey of the family Accipitridae with subspecies such as the red kite, Black kite, Whistling kite to mention a few.

The Kite majorly feeds on dead prey and as such some parts of its face are bare to make cleaning up after feeding easier.

Kites have small heads, a short beak and also narrow tails which look tapered out while they are flying and as such children’s flying contraption is aptly named after the bird.

This action is necessary as Kites have weak legs and also need to survey for food so they spend a lot of time up in the air.

The American White Pelican is renowned for their V formation flock pattern while migrating.

With this the birds are able to conserve energy together and fly long distances.

When flying in their V formation, the Pelican birds get a wind force from each bird’s wing tip feathers.

It is called a ‘wingtip vortex’ and they use this to get lift to soar on thermals.

All the birds in the flock except the leader are able to use these wind force to lift off to high altitudes from which they can then glide in between thermals and conserve energy on their migration journey.

They are also known for being able to use different wind currents to ease their flying.

When migrating during spring, they rely on thermals and updrafts while they use tailwinds in autumn when the air currents are considerably weaker.

White storks are a member of the stork family and they are known for their fascinating flight pattern which is usually in a V pattern with the leading bird searching out thermals.

They flap considerably more than other birds on this list.

Unlike Condors or Vultures who only flap when they are lifting off, the white storks usually flap around 17% of their flight time.

With their huge wings they are able to ride on air thermals while making their long annual migration between Europe and Sub-Saharan Africa.

One of the most thrilling sights to watch out for is the flight of a hawk during migration.

Accipiters and Buteos have wings adapted to gliding during their long migratory periods.

Hawks start off flapping their wings slowly then they soar on rising air currents and thus conserve their energy.

At high altitudes they are able to ride between thermals gliding and moving at fast speeds.

Some hawk species such as the Sharp-shinned hawk will hunt while migrating and as such, they will make a ‘flap’, ‘flap’ ‘flap’ ‘soar’ while hunting.

Once they are filled, they spread their wings and glide with other hawks on the move.

From this list, we have been able to see birds achieving feats humans can only dream of.

Some of the birds like the eagle, falcon, vulture and kite spend their time gliding in the air to easily spot prey and engage in other activities.

These birds have been termed the ‘masters of the sky’ and they have earned the right to that name. 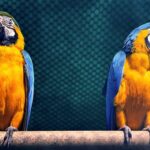 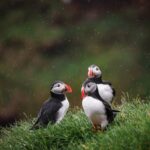