Birds are known for their distinctive skills and attributes.

For survival, protection, mating, and nesting, birds have adapted various characters and one of such is camouflage.

To survive from predators, birds resort to camouflaging. Also, for vulnerable nesting birds who sit on nests for long period of time, camouflage is very important.

In fact, camouflage is a common trait among different avian species.

The Green Broadbill can be found in Sumatra, Borneo, and Malaysia. Their activities help in the distribution of fig tree seeds.

The bird is in the color and shape of a leaf. It sits almost motionlessly in treetops all day.

The camouflage of the green broadbill makes it quite impossible to be seen from above and below, thus, helping it escape from predators.

This small owl lives at the eastern part of the Rocky Mountains in the United States. It has a color ranging from gray to reddish brown.

The eastern screech owl is a master of disguise. Its  grey and brown feather color also allows it camouflage quite well with tree bark.

During the day, the owl often rest in a tree cavity, and position itself to fit the mouth cavity perfectly. This helps it stay hidden from predators.

Related: Here is an article I wrote on birds that dive for fish

This grayish bird stands two feet tall and weighs up to six pounds. It is herbivores and can be found throughout the Central Asian mountains, and Nevada in the United States.

Living in a mountain home filled with hungry eagles, the Himalayan Snowcock adapts to camouflage which it does very well.

The camouflage nature of this bird is achieved through both colors and pattern. Its feathers clearly mimick the appearance of a rocky, snow-dappled cliff when viewed from above.

Nightjars ranges in different types but what you must know is that these ground nesters are simply champions of camouflage.

The Egyptian Nightjars, especially perfects the art of blending in with the environment.

For a bird that weighs less than 100grams and spends its day nesting on the ground, the Egyptian Nightjar soft layer of feathers and variegated coloring helps it blend with its surroundings.

Often times, people who take photos of this avian specie find it difficult to identify it later on.

The Egyptian Nightbird uses camouflage to creep up on prey and to stay away from predators.

Bitterns are known to be notoriously elusive, and can be found hiding deep in dense, marshy habitat.

The American Bittern is capable of displaying both aesthetic and behavioral forms of camouflage.

For an organism to camouflage effectively, it must strike a resemblance to its organism. The same goes for the American Bitterns.

It has long vertical stripes, making it difficult to spot in the reeds and grasses..

Another way the American Bitterns camouflage is by stretching their long necks upward and swaying with the winds, just like the reeds and grasses.

According to All_about_birds, fox sparrows are large round bodied sparrows with stout bills and medium length tails.

They are generally rust brown colored, with a mix of rust and gray on the head, and heavy brown splotches on the flanks and center of the chest.

The distinctive color of the Fox Sparrow makes it well camouflaged among leaf litters on the ground.

This specie of ground foragers spends most of it time on the ground, in low lying shrubs, searching for food and therefore, use camouflage to blend in with the environment.

The Eastern Towhee can be found in brushy area across eastern North America. They best in low bushes or under shrubs on the ground.

They have a mix of black, brown and orange plumage colors. Their color makes them almost invisible when searching for food and nesting under dense shrubbery.

The Willow Ptarmigan can be found in areas like Mongolia, Finland, Alaska, Canada.

This avian species take on two different camouflage patterns during the year: marbled brown or grey, or mix of reds during summer, and snowy white during winter.

The Ptarmigans are also known for their special snowshoes. In winter, their feet are heavily feathered, up to the tip of their toes, making the birds walk easily even in heavy snow.

When they are not foraging, they are always in camouflage to protect against predators.

They hide in plain sight on sandy oceans and lake shores, and their sandy gray color gives them a perfect blend.

Unfortunately, these little lovely camouflage champs are endangered and on the verge of extinction due to habitat loss, disturbance and predation.

The great potoo is a well camouflaged bird. They are neo tropical and can be found in forest and rainforests of Central America, Southern Mexico and even Bolivia.

They are capable of camouflaging with dead branches perfectly!

During the day, the bird perches motionless at a sharp angle of a tree for long periods, and they stay completely still, with their eyes closed.

Great Potoos are capable of making a perfect camouflage with their posture and color, protecting it from predators.

It can be truly concluded that birds are masters of camouflage. However, not all birds camouflage, with examples including peacock and hummingbirds.

Birds also camouflage with their color, posture and markings. If you understand the different ways these birds camouflage, you will discover how easy it is for you to notice a camouflaged bird.

In addition, good sight and sense of hearing is essential for distinguishing birds from their background.

If you have learned about how birds camouflage and how to spot them, you will be baffled about how clearly you can discover several birds even in camouflage! 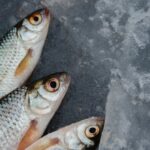