Most alpaca owners prefer to raise their flock on forage grasses and hay only as this is believed to be more nutritionally effective for them.

Fescue is a pasture grass that grows predominantly in the southern American hemisphere.

Alpacas are known for eating mostly anything green and they can eat fescue grass however it is best not to feed it to them as it contains endophytes which are harmful to them.

Despite the abundance of fescue as a pasture grass, it is often advised as a no-no to flock owners.

Let’s look at the reasons for this, the possible ways you can get around that amongst other things.

Fescue is a cool season grass that is native to most southern states in America, it is also found in Europe and North America.

It is a perennial grass and it is known for its toughness even in the face of harsh weather conditions. It is known to withstand cold, heat and drought.

Despite the abundance of fescue varieties, it is not suitable as a pasture grass for livestock due to the presence of endophytes in the plants.

The ability of the grass to survive harsh conditions comes from the presence of organisms known as endophytes which exist within the plant and help to deter pests and diseases, while gaining nutrients and a place to live in.

When livestock feed on fescue grass, they begin to develop foot and leg problems and will start experiencing staggers.

What Are The Health Benefits Of Fescue To Alpacas?

Although fresh fescue grass is toxic to alpacas, fescue hay is regularly fed to them and has been discovered to have some nutritional benefits. They include:

Fescue hay has been discovered to have up to 12% crude protein in it.

This accounts for almost all the protein requirements an alpaca needs which is an average of between 12-16%.

Protein is quite important in the alpaca diet for the production of amino acids.

These amino acids are important for muscles and tissue development and also for metabolism processes.

Before being stockpiled for hay and as fall approaches and the temperature cools, fescue grass develops soluble carbohydrates in its stem and leaves.

These nutrients remain in the plant till it is dried and provide refreshment for the alpaca.

These soluble carbohydrates help to provide energy for the alpaca to go about their daily activities.

Fibre is an important nutrient that is found in most pasture grasses and it is important for the digestion of food and promotion of gut health.

Fescue grass is known to have about 65% digestible content within it.

Digestible content of a plant refers to the nutrients from protein, fats and carbs which have actually been digested and assimilated and different from the part that goes into faeces.

How Often Should I Feed Them Fescue?

You should avoid feeding fescue to your alpacas as the endophytes in the plants are toxic to them.

The endophytes in fescue release alkaloids which protect the plant but can cause several health issues in the animals.

Some of the problems encountered with fescue include that can induce foot and leg difficulties, decreased weight gain or loss, decreased milk supply, gastrointestinal issues, and pregnancy complications, including abortion.in ewes.

A major symptom of fescue poisoning is staggers in alpacas, where their heads shake and they begin to fall.

Once you notice this, take the alpacas off the pasture and treat them immediately to avoid permanence.

Baby crias should not be fed fescue grass to avoid them getting infected with the alkaloids released by the endophytes in the plant.

Baby alpacas will be more predisposed to health issues especially when they are still very young.

Before your ewes start giving birth, it is best to ensure you are not on fescue pasture to avoid them getting sick on the plants.

Alpacas can eat fescue hay and they will develop no staggers from eating it. Fescue pasture is problematic, but fescue hay is not.

The troublesome endophytes reside just at the bottom of the stem, near the ground.

When hay is chopped down, the lowest part which is about an inch or two is left alone to ensure that endophytes do not enter the hay.

The endophytes in the fresh pasture are a defense mechanism by the grass to deter insects.

This however causes staggers in alpacas and most times, they have to be taken off the pasture to avoid getting worse issues.

Alpacas cannot eat fescue grass as it will cause health problems for them.

Fresh pasture causes vasoconstriction which is the contracting of blood vessels in the animals and this leads to poor blood circulation.

In time, it leads to hoof and foot problems, poor growth of hair and even overheating.

If you have to feed fescue grass to your alpacas, then purchase seeds of endophyte free strains.

These are improved upon strains of fescue which are usually without the toxic endophytic organism in it. This is safe to feed to alpacas.

However, if you do not have that then it is best to stick to feeding fescue hay alone.

Things To Watch Out For Before Feeding Them Fescue?

If you allow your alpacas graze on fescue pasture they are likely to come down with staggers and other health problems.

To avoid these, you can plant endophyte free fescue strains which can be purchased from stores or research labs.

The Penn State Extension gives advice on how to prepare tall fescue for grazing in winter.

Red clover has vasodilating or blood widening properties and this can then reduce the effect of fescue toxin. Other grasses include timothy, bermuda and orchard grass.

How Can I Feed Fescue To Alpacas?

Improved fescue strains which are endophyte free can be fed as fresh pasture to alpacas and all you have to do is leave them to graze.

However if this is not available, then fescue hay is the next best thing.

Fescue grass which has been properly cut and dried does not contain the endophytes and is perfectly safe for the alpacas to eat.

The choice of pasture for your alpacas grazing can be a source of concern to new alpaca owners and it is best to know the plants to avoid.

Fescue, although a tough perennial grass, is not safe for alpaca feeding due to the presence of endophytes in the plant.

These endophytes help to protect the plant from pests and diseases but causes poor blood circulation and health problems for alpacas.

Do not give up all hope however, fescue hay is safe for them to eat and there are new improved strains of fescue which do not contain the dreaded endophytes. 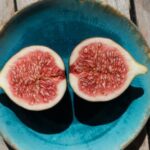 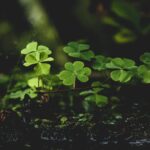