Spirit animals are an important part of many cultures all over the world as they are believed to be guides to their human counterparts.

Spirit animals come in different forms including bears, wolves, falcons and yes an eagle can also be a spirit animal.

In the world of the spiritual, eagles have deep and symbolic meanings.

In the Navajo culture for example, eagles are seen as depicting strength and victory and they also see them as messengers close to the Creator.

Today we will delve into the world of the spiritual to see what spirit animals, what an eagle symbolizes and the prophetic meaning of an eagle.

What Are Spirit Animals?

Spirit animals are believed to be teachers or guides who come in the form of an animal to form a personal relationship with a person.

These guides serve as instructors in the way that individual is supposed to go, they also serve to protect such a person from danger.

People who have spirit animals believe the animals chose them instead of the other way round and they are usually connected with these animals throughout their lifetime.

For individuals who plan to go the spiritual way, it is important to be able to discover their spirit animal early so they can help them navigate through life.

Some people have discovered they have more than one spirit animal and they usually have spirit animal totems by which they connect with the spirit guides.

Various animals can serve as spirit guides including birds, cats, bears and a host of other animals.

Related: Here is an article I wrote on why do eagles screech

Can An Eagle Be A Spirit Animal?

The eagle can be a spirit animal and it is one of the most powerful spirit guides in the spirit world.

The eagles are powerful majestic birds and as such they are worshipped and revered in many cultures of the world.

People who have the eagle as their spirit animal are believed to have strong values, and also feel more connected to the higher power as the eagle is closer to the creator.

They are believed to have strong intuition but are yet solidly grounded to earth.

To be chosen by the eagle is a great gift as this enables you to see life from a broader perspective while impacting in you some qualities that will enable you to navigate life successfully.

The eagle serves as your animal guide to instruct and protect you.

What Does An Eagle Symbolize?

The eagle symbolizes different meanings to different peoples and cultures however we can say for most people, the eagle is a symbol of strength, wisdom and courage.

This is exemplified by the eagles hunting prowesses to even take slippery prey like snakes.

Taking the example of the Native Americans, they see the eagle as a messenger between themselves and the creator.

Because the eagle is always seen high up in the sky, it can deliver their prayers to the Great Spirit they believe in.

That is why they are always seen holding an eagle feather while praying.

In Christianity also, the eagle is seen as an animal related to strength and wisdom and there are several allusions made to it in the Bible.

Such as in Isaiah where the just people are told they will be able to renew their strength like eagles.

In Revelations also the eagle is one of the four creatures which surround the throne of God.

Scholars of the Bible believe the eagle is a metaphor referring to Jesus’ superiority over humans.

There are so many legends and folklore attached to the eagle the world over. Whether as a physical animal, in the spiritual world or even the world of dreams.

What Is The Prophetic Meaning Of An Eagle?

The eagle has a lot of symbolic meanings for various people and some even believe it connotes  a prophetic meaning in our everyday lives.

It has been associated with spirituality for centuries in various parts of the world.

For some, the eagle represents a sort of bridge between the physical and spiritual worlds. They are also believed to embody power, inner strength, manifestation, transition and transformation.

If an eagle appears to ones then it means such an individual should look inwards and work on obstacles within themselves that might be blocking their way.

There is also the belief that an eagle appearing in one’s life is a symbol of good things to come especially if the person has been in distress for a while.

It is a symbol of hope and great things to come.

They bring with them aligned growth in various aspects of life, optimism, strength and confidence to live out one’s destiny.

What Does Seeing An Eagle Mean?

Seeing an eagle symbolizes strength in various ways. It is an encouragement to the individual to remain courageous and not be defeated.

Such persons should not be content with their current situation but aim to reach higher and fulfill their potential.

Just like the eagle rides on winds to gain altitude, it symbolizes using initiative to get out of difficult situations.

Seeing things from a higher and broader perspective and knowing that the future will be better.

For someone going through a tough patch, the eagle symbolizes the beginning of something new while also giving the person the resilience and endurance to push through.

Shamans advise people to summon eagles when they have to face a challenge or experience massive change.

Believing in the power of the eagle will also help individuals achieve leadership positions as the spirit will imbue them with the qualities necessary to lead others and find personal freedom.

Do Two Eagles Flying Together Have A Spiritual Meaning?

Eagles are solitary birds and the only time you can see them flying together is during wintering seasons or mating seasons.

It could also mean such an individual will find love and a soulmate soon. Eagles are monogamous in nature and faithful to their mates till death.

The eagle mates sometimes spend time flying together to bond together.

For some it is also a sign of victory because it is a rare event and sometimes two mates fly together after they have successfully finished mating to signify their bonding together for life.

Does An Eagle Sitting On A House Mean Anything?

Sometimes when people see an eagle sitting on a house, they believe it brings goodluck to that house and in some cultures, people usually try to attract eagles to their farmyards as they are considered to be sacred.

It can also mean that something good is coming to that family soon such as the birth of a child or any other good and important event.

What Do Eagles Represent In Dreams?

Seeing an eagle in a dream can signify different things depending on the circumstances of the dream.

If you see an eagle sitting and looking at you steadily then you should carry out introspection activities and look inwards to yourself.

Seeing an eagle take flight signifies that you will soon rise above your current problems and reach a higher destination.

If an eagle is making a kill, it could mean that you will be victorious over your enemies as the eagle represents you.

It can however also be a warning against incoming danger and such a person should take heed.

The list of possibilities are endless and the interpretation depends on the culture and beliefs of such an individual.

The eagle is a fierce animal which represents a symbol of strength and hope to many.

Spirit animals are important guides which serve to guide and instruct humans on their life journeys.

The eagle is sacred in many cultures and symbolises a variety of meanings such as divinity, wisdom, power, courage and confidence.

As an eagle person you will always be grounded while being imbued with qualities that will help you navigate your day to day living. It is a great opportunity to be chosen by the eagle. 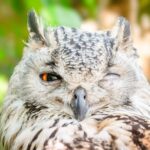 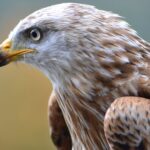