Reading this title would have probably made you laugh out loud. Like who would ever reason that bees could be friendly.

The first thing that comes to your mind when you see bees is ‘Run!!!!’ to avoid getting stung.

Bees can be friendly if they are not disturbed. Naturally bees are not aggressive, they only become aggressive when they are threatened

However as hard as it might be to think bees can be friendly, there are indications that bees can sometimes be friendly enough.

If you are a new beekeeper, knowing how to make your bees like you is very important in your subsequent relationship with them.

This article will outline how bees react to humans and how you can get up close with a bee without getting stung.

Can Bees Bond With Humans?

This might look like a tough one as it is weird to even think about the fact that bees can bond with humans just like a dog or cat would.

The bees are known for their social structure and intelligence, however little is known about their emotional interactions.

A woman reported developing a bond with a stray queen bumblebee she found.

She documented their interactions and found that the bee enjoyed being cuddled, fed and was very comfortable with human touch.

Bees have been said to like humans and even develop trust for the beekeepers who keep and take care of them.

Although the bees as invertebrates lack the amygdala, cortex and other parts of the brain that make humans feel emotions, they have been reported to be able to have positive feelings.

Related: Here is an article I wrote on can bees see color

Bees generally do not like being touched or poked as that could earn you a sting.

You wouldn’t even want to be around aggressive species of bees such as the Africanized honey bees.

Bees also tend to be more territorial and suspicious around their colonies as they are trained to protect the hive and the queen.

However more docile bee species like the bumble bee sometimes tolerate human contact. It is always easy to attract them with honey or sugar syrup.

Covering your hands with sugar or honey can attract the bumblebee to you as it sees potential food it can take back to its colony.

To get close to the bee it is important to be gentle and not startle it as this could cause it to fly off or sting you.

Bumblebees are more amiable to being stroked while collecting nectar or pollen and they might be so engrossed they do not even notice the contact.

Honeybees however are not so tolerating and you can earn yourself a sting when you touch them even while they are collecting nectar or pollen.

There have been cases where people have successfully petted a bee and if you know the right way, you would be able to do so too.

Can Bees Be Tamed?

Some people such as Lorenzo Langstroth are of the belief that bees can in fact be tamed and domesticated.

Bees kept in hives by beekeepers have naturally been raised to be tamer than wild honey bees.

They are less aggressive and more amenable to human interaction over time.

Apart from the more docile bee species who do not attack unless provoked, other species like the honey bees are more territorial.

Beekeepers are usually careful around them and they barely tolerate any form of touch.

Since beekeepers have to regularly be around the bees to care for their hives, they understand the bees more and know how to keep them calm during hive rounds.

Bees have been said to recognize the faces of humans who care for them and with a little gentleness and care, the beekeeper can get around the bees instincts.

Giving bees honey or other sweets can also make them amenable for a short period to let the beekeeper do his hive round without irritating them.

How Do You Befriend A Bee?

You might have seen a solitary bumblebee going around your yard minding its business and collecting nectar and wondered whether you get a friendly hi without being stung in return.

You can attract more bees to your garden by planting flowers and plants that have higher sugar content from which they can collect their nectar.

This will help their pollen collection task basically easier.

Putting out a bowl of water can also easily help the bees refuel their energy without having to go far to search for a water source.

If the bees feel comfortable around your environment, they will return to the same site to keep feeding everyday.

Despite a large number of bees that have colonies, there are also solitary species of bees who usually have one female with her brood.

Building a nesting block can help the female bees easily find a nest to shelter for winter.

This will reduce the decline of the bee population in the world as you would have saved another bee from death.

To befriend a bee it takes gentleness and patience and do not expect a sort of human interaction or what you get from dogs as bees are simply not just built that way.

How Do Bees Recognize Humans?

Various studies have shown that bees can in fact recognize humans or at least associate human faces with flowery patterns.

The human brain has a part (the fusiform gyrus) dedicated to helping us recognize faces of people we have seen, however bees as invertebrates do not have this kind of intelligence in their brains.

A study carried out at the Cambridge University revealed that when bees were trained to recognize four human faces in photographs.

The team then used a sucrose solution as a reward for the bees whenever they recognized a face.

Surprisingly the bees were able to accurately recognize a face about 90% of the time even when they no longer got the reward.

They were able to still recognize the faces 2 days after they were trained.

Other similar studies have also been carried out on the ability of bees to recognize humans and the little creatures have been discovered to have this ability which was thought to be limited to mammals with large brain functions.

How Do Beekeepers Not Get Stung By Bees?

If you are an inexperienced bee keeper, there are ways you can avoid getting stung by the bees you keep, especially since you’ll need to be in their space regularly.

The most important thing to note is that agitated bees sting, while calm or busy bees do not.

If you have to check the beehive, make use of a bee smoker to lull the bees into believing there is a forest fire.

This would make them stop buzzing and focus on getting the hive in order and the beekeeper can then carry out his activities.

Another method to calm your bees is to sprinkle a sugar solution lightly over the bees.

Bees love sugar and will immediately start cleaning it off their bodies by licking it off. While they are busy at this, the beekeeper sorts out the hive.

While doing your work ensure you don’t stay in front of the hive as the bees will only see a threat. Stand towards the side or back of the hive to do your job.

Always remember to be calm around the bees. Don’t accidentally squash a bee because her sisters will sign you in retaliation.

Also wear protective gear as it takes a lot of experience with bees to not get stung when your skin is exposed. These are various methods beekeepers use to avoid getting stung.

Bumblebees are not a dangerous species of bees.

They are generally very docile and amenable and you can even get to pet them while they are collecting nectar or pollen if you are careful enough.

Bumblebees are social and have colonies though not as large as that of the honeybee. They also produce honey by converting the nectar they collect.

Some bumble bees make their nests above ground while others build hives under the ground.

It takes a great level of provocation for a bumblebee to sting. They only sting when they have been manhandled or when you attack their hives.

Unlike honeybees female bumble bees do not die when they sting because their stings are not barbed, this means they can sting repeatedly which could be dangerous.

You might not want to have bumble bees in your yard if you have children who might step on them or poke them enough to get them angry.

In general though, bumble bees are useful to have around.

Bees are fascinating and interesting little insects that pollinate flowers and help us have a larger amount of food crop production output through their activities.

We hope this article has made you see bees as creatures you can relate with as opposed to the stinging monsters we know them to be.

You might even summon the courage to make your first bee friend without getting stung. Remember bees like sugar and you have to be absolutely calm around them to succeed. 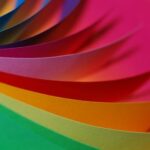 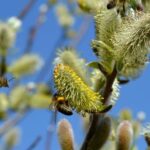