Bees are known for their seemingly vast intelligent network and social structure. Bees carry out tasks and regulate their behaviors to be in line with what is useful to the colony.

Every member of the colony has their uses and different tasks which can change as they grow from nurses to guards to field bees who gather food and other essential materials.

Bees can be trained for a lot of things such as sniffing bombs, detecting bombs and even detecting certain illnesses. This is because they possess a high level of intelligence that makes them very unique

This level of intelligence has caused researchers to bring up the possibility of training bees on various tasks such as recognizing faces and substances.

Various studies have reported varying degrees of success on such training.

This article will discuss the possibility of training bees, what they can be trained on and whether humans can build a rapport with bees.

Is It Possible To Train Bees?

From research that has been carried out by various sets of researchers over the years, it has been established that it is quite possible for bees to be trained on quite a number of things.

Honeybees are the species of bees mostly used in these studies. Honeybees have been trained on a wide variety of things such as sniffing bombs, detecting bombs and even detecting the Covid’19 virus.

Through these studies it has discovered that bees might possess some level of intelligence that was previously thought to be exclusive to humans only.

Bee training is an evolving phenomenon and in years to come the bees might amaze us with the extent of their intelligence.

Related: Here is an article I wrote on are azaleas bad for bees?

If Yes, How Is That Possible

Most researchers usually use the Pavlovian conditioning style of associative learning to train the bees.

In Pavlov’s original experiment, he paired a neutral stimulus with an unconditioned stimulus to create a conditioned response in dogs.

This idea has also been extended to bee training. Since bees love sugar, the researchers reward them with a sugar solution every time they perform a task correctly and the bees come to associate getting the sugar when the task is done correctly.

The team then used a sucrose solution to reward the bees whenever they recognized a face.

The bees were able to recognize the faces 90 percent of the time and even after the reward was taken away the bees still kept on picking the correct faces.

Can You Train Bees To Attack?

Honeybees are naturally quite defensive of their colony and will attack anything they feel is a threat to their hive.

However training them to attack a particular organism or respond in a particular way to threats have not been studied.

Studies that have trained bees have utilized a small group of bees who are seperated from the colony and easy to train.

The studies have not been replicated in mass populations of bees and keeping the bees concentrated or being able to track them is a problem that should be taken into consideration.

Also check out this article I wrote on are flow hives bad for bees?

Can You Train Bees To Remember You?

Bees might actually be smarter than we even give them credit for. In recent times, the issue of whether bees can actually recognize humans and most especially their beekeepers has come up.

Some beekeepers have explained that their bees behave differently to them than to strangers.

Some are of the belief that their bees are less aggressive towards them than to other people probably because they recognize them as their caregivers.

Various studies on bees shows that the insects can recognize human faces to an extent.

In one study where the human faces were arranged in a pattern, the bees trained to recognize the faces and got a sugar snack when they got the faces right.

However the researchers believed the insects interpreted the faces as flower designs and picked the right faces because they were paired with a sugar reward.

We are still a long way from knowing if bees can single out and recognize humans however the possibility cannot be ruled out.

Can You Keep A Bee As A Pet?

As it is, humans mainly rear the honeybee species because they produce the largest quantities of honey. Bumblebees also produce honey but not as much as their honeybee counterparts.

Keeping bees as pets is not something that has not really crossed the minds of most humans.

Bees have a fierce nature and reputation, no one wants to keep a rabid dog and as such keeping a pet bee can easily get you stung.

However bees are only territorial around their colonies and solitary bees mainly go about their business without disturbing anyone except being provoked.

Bumblebees in particular are known for being extremely docile and if you are stung then you most probably deserved it.

Bees do not like being touched or poked and doing that could provoke them to sting you.

You can however attract a solitary honeybee or bumblebee with sugar syrup.

They can get engrossed with the sugar that you could actually get away with stroking them.

Bumblebees can even tolerate human touch to an extent but the most important thing to know when petting bees is that you have to be gentle.

If the bee is startled it could actually fly away or get agitated and sting you, if you gently stroke it while it is collecting nectar or pollen, the bee wouldn’t mind them.

Have it in mind though that these can occur with solitary bees, trying to pet a swarm of bees will most likely earn you a hurtful sting.

Can Bees Bond With Humans?

Humans and other animals such as dogs possess an amygdala or an area of the brain that controls emotions and make them experience joy, sadness, anger, depression among other emotions.

However invertebrates lack this structure and as such it’s difficult to establish a bond with them.

They have an unemotional social structure that can make them kill members of their colony without qualms if it’s necessary.

A woman was reported as developing a bond with a bumblebee she found in her garden. The woman reported that the bee seemed to enjoy being coddled and over time got comfortable with human touch.

However this is a single case and probably in the nearest future hopefully humans would be able to bond with these amazing social creatures.

Bees have a strong olfactory sense and in recent times scientists have been able to bring this ability to bees for research purposes.

By using the Pavlovian method researchers at the Los Alamos National Laboratory, New Mexico were able to train bees to recognize the smell of bomb explosives.

The researchers exposed the bees to the smell of the explosives and immediately followed it up with a sugar reward for the bees.

By doing this they were able to make the bees recognize the smell of various types of explosives.

According to the researchers, whenever the bees smelt explosives they released their proboscis. It is a research study that has brought excitement to the scientific world.

Bees with their amazing sense of smell do not only smell sweet flowers, they can also sniff a variety of diseases in the human body ranging from tuberculosis to different types of cancers such as skin and lung cancer.

The researchers teach the bees to recognize odors that are markers of these diseases and then give them a sugar solution after.

When the human patient breathes into a funnel, if the bee flies directly towards that funnel from a group of others, then unerringly the patient has cancer.

If these studies are more grounded and established over time then it is a groundbreaking event in cancer research.

This means that with the help of bees cancer can be detected early in patients which would in turn lead to early treatment and higher chances of survival.

The bees have always been an amazing creature which fascinates humans. Thanks to science we have been able to discover much more about them.

With the Pavlovian theory of associative learning, bees are able to carry out more important tasks which can help human evolution and living.

Bees are human friends and as the future unfolds we will see exactly how much bees will play in keeping humans safe and helping in research. 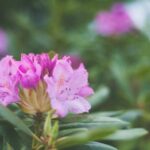 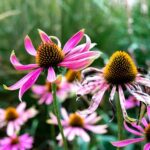