Bees typically have the male and female gender just like humans. The female bees are the more popular and hardworking types and everything that goes on in the colony happens due to them.

Their male counterparts are lazy and cannot even carry out the smallest task in the colony, the only duty they have is to mate a virgin queen and then die.

You might be wondering whether a female bee might get tired of being so busy and just want to become a male to lounge around and have fun?

This is however not possible as the gender of a bee is determined by the queen by the egg it lays.

Bee sexuality is a complex event and today we will attempt to explain the sexes bees have, the reproduction process amongst others.

Are Bee Workers Male Or Female

Worker bees are female in gender. There are two types of female bees, the queen who can mate and reproduce and the worker bees who are sterile and do not reproduce.

The queen releases a substance which suppresses the fertility of the worker bees.

It is the job of the queen in the colony to reproduce and she does this by mating with the drones once, storing the eggs and then laying them over the period of about 5 years.

If this behavior persists then that colony is doomed as the drones do not contribute to the functioning of the colony and such colonies will die out.

Related: Here is an article I wrote on how strong are bees?

Drones who are the male type of bees typically do not carry out any tasks in the hive.

Throughout its lifetime, a drone only has one task and that is to mate with a virgin queen and ensure continuation of its line.

During swarming season, when virgin queens are taking flights to get mated, thousands of drones gather to have a chance to mate with a queen.

One queen can mate with up to 15 drones.

However when winter comes around the female worker bees drag the unmated drones out of the hive to conserve the honey supplies for the winter.

The drones are left to starve and die and their bodies can be seen at the entrance to the hive. A new set of drones will be hatched from the existing brood.

Do Worker Bees Have Fathers

Bee genealogy is complicated and also fascinating at the same time. Female worker bees have fathers who are the drones who mate with their mother the queen during her mating or nuptial flight.

Unlike the drones who hatch from unfertilized eggs and do not have a father but only a mother, the female worker bees have fathers.

They are technically not sisters but half sisters because the queen can mate with up to 15 different drones and store their eggs.

This is the reason why worker bees can sometimes look different from each other even if they are from the same hive.

Unfortunately female worker bees do not get to ever meet their fathers as they end up dying from the mating process.

Also check out this article I wrote on do bees have bones?

Do Male Bees Die After Reproducing?

Drones as we have established live only to mate a virgin queen and by this ensure that his line is preserved and continued.

When a new queen hatches from the cells, she has to take a nuptial flight which occurs several feet in the air and mate with a dozen drones or more to start laying.

The queen collects the from the drones and stores them in her spermatheca and uses a little each day to lay fertilized eggs.

Once the nuptial flights begin, the drones jostle for the chance to mate with a queen and after mating the drone pulls away and his endophallus which is the equivalent of a part ripped from his body as it remains in the queen.

The next drone removes the endophallus before mating with the queen and also loses his endophallus when he pulls out.

They fall to the ground and end up dying and as such die from the very act of reproduction.

Male bees once matured cannot become female. The bee gender is usually determined by the queen and the worker bees.

The bees also have a genetic structure like that of humans where the X and Y chromosomes make a boy while XX chromosomes will produce a girl.

Female bee workers are diploids which like humans mean they were created from the chromosomes of both parents.

Male bees however are haploids as it is only the queen’s genes that exists in them as they are unfertilized from drone sperm and as such do not have a ‘father gene’.

However on some rare occasions, diploid drones which are drones develop from fertilized eggs which are meant to turn out as females.

They do not grow beyond the larva stage however as the worker bees recognize and eat them while continuing to raise the rest of the brood.

Researchers have and are still carrying out a number of studies on this aberration and how they are different from the haploid drone bees.

How Many Sexes Of Bees Are There?

There are basically two sexes of bees in all species of bees. The male bee known as the drones only function is to mate with a queen and thereafter die off.

They do not perform any tasks in the colony, they do not gather food or pollen and they do not have stingers.

The drones are larger in size than their female counterparts and do not possess stings so they cannot engage in attacks against perceived threats.

The female bee who can either be a queen or a worker bee. The queen reproduces and lays eggs while the worker bee carries out all the necessary tasks to be done in the colony.

Bees do not have hermaphrodites and when diploid male bees are developed, they are eaten by the worker bees before they reach maturity stage.

What Gender Are Bees?

Bees are essentially male and female in gender. The gender of the bee is usually determined by the queen and the worker bees.

If the queen lays an unfertilized egg then the egg will mature to a male drone while the fertilized eggs will turn out as female workers of queens.

You can easily recognize the female worker bees as they are the ones going about working, cleaning the hive, guarding the hive entrance, collecting pollen and nectar among other activities they carry out.

The male bees are larger in size and have larger compound eyes to help them identify virgin queens they’ll mate with as that is the only work they have.

They join drone congregations who hang around waiting for a virgin queen to pass by with her swarm.

They die after the mating and those who do not mate are killed off by their sisters before the onset of winter.

How Do Bees Reproduce Sexually?

Bees reproduce sexually through the act of mating between the female virgin queen and several male drones.

The drone inserts his endophallus into the queen and spurts his thing into her body, the queen then stores this in her semetheca.

She does this with close to 15 drones before returning to the hive.

Within 3 to 5 days of  mating the new queen begins to lay eggs and if they are fertilized eggs they will hatch as female adults.

When the queen is about to begin laying she sends out a pheromone or chemical signal known as the queen mandibular substance.

This substance inhibits the female worker bees from laying eggs and makes them sterile.

Asexual reproduction occurs when the mode of reproduction adopted by an organism does not require sexual mating or coupling.

The offspring has only the gene of one parent and so they are clones of the parents, they are not genetically different.

Queen bees can be considered asexual since they are able to lay unfertilized eggs who hatch to become the male bees.

It is a little complicated though because the drones are not exactly clones of the queen because the queen has the genes of both her father and mother which she combines to create the drones.

However quite recently, the scientific world has been rocked with the discovery of asexual Cape honeybees who are able to lay fertilized eggs without ever mating with a male bee.

The female worker bees lay eggs which normally would emerge as drones since they are not fertilized, however the eggs emerge as adult females.

Of course this behavior has implications which include unhealthy rivalries among the females for who to be queen.

Bee reproduction and sexuality has gone beyond what we all learnt growing up and we need to keep updating our information constantly.

As a beekeeper or a student of etymology, the implications of changes in bee mating and reproduction behavior is important as this can affect colony health and output.

The new asexual colony might not late male eggs again and then what far reaching connection could this have in the future.

It is important to be able to answer these questions as we watch the bees change. 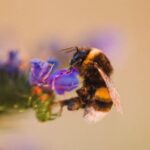 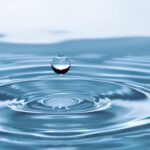