Some people have reported seeing bees around soda cans tossed in garbage dumps and wondered the reason for this behavior and whether bees can actually drink soda.

One thing to know is bees love sugar a lot and are attracted to sugar syrups and solutions. Bees can drink soda because it contains sugar and will provide them with energy, however it is important to know whether soda actually has a harmful effect on bees.

Beekeepers usually spray sugar solutions on the bees to keep them calm when they want to carry out a hive check and the bees lick it off.

This article will endeavor to explain why bees love sugary drinks and whether you should feed your bees soda as a beekeeper.

What Does Soda Do To Bees?

Soda is a nectar alternative which bees especially those around cities use when there is less nectar available for them.

Bees love sugary drinks and even though the soda is more water than sugar, bees will still slurp it to be able to produce honey especially if there is a shortage of nectar.

Sugar water is regularly fed to bees by the beekeepers during periods when nectar is scarce.

Some beekeepers have reported that their bees produced a reddish or orange colored honey when they had a lot of soda intake.

Of course, this also affected the taste of the honey and some people have reported that the quality of flower nectared honey was way different from those produced by the soda diet.

Sugar has less nutrients than the natural nectar and will therefore produce a thinner type of honey as opposed to that produced from natural nectar.

Related: Here is an article I wrote on can bees see in the dark?

Some beekeepers have often asked if feeding their bees on soda will kill them in the long run?

This is however a no, soda cannot kill bees except of course they fly in and get drowned in the can.

Although feeding them on soda might change the taste of the honey they are producing because of the processed ingredients in the drink.

A study carried out in Saudi Arabia which fed two colonies of honeybees Pepsi and natural nectar discovered that the colony placed on the Pepsi diet showed deficiencies of natural ingredients which are usually provided by the natural nectar.

However, most bees utilize flower nectar as their first source of food and as such cannot live on soda alone.

Soda can however be used to kill bees when it is used as a trap. Some people utilize it in soap water mixtures.

The soda attracts the bees while the soap water weighs them down and makes it easy for the bees to drown.

If bees have been pestering your house, you might want to see this Mountain Dew hack to kill bees with soda.

The major source of food for bees is nectar from blooming flowers. Nectar is a sweet substance and bees are addicted to it.

As such, bees are usually attracted to scents and tastes that are very sweet.

That is why if you place a sugar drink down, the bees around will most likely flock to it because of its sweet taste.

As such other sugary drinks including juice and sugary soda attract bees a lot and if you drop your half-drunk soda can, bees will definitely go around it to sip.

Even inedible products such as perfumes, sunscreen or hair creams that have a sweet smell will attract bees and they will only abandon it when they realize it doesn’t taste sweet.

If you find that bees are always buzzing near you, you might want to change your lotion or sunscreen.

Also check out this article I wrote on do bees have tongues?

Can You Feed Bees Coke?

We have been advised to give exhausted honey bees sugar water once in a while to give them more energy during their foraging trips.

However this advice should not be taken as a leverage to give the bees sugar or soda products.

Bees would rather feed on a sugar diet or soda as long as it’s sweet than go to the field to forage.

If one discovers a sugar source, it would report back to its siblings in the hive and then they would all fly down to that source.

Since soda is watered down sugar, feeding the bees coke would result in the colony producing watered down honey and no one wants to buy honey with a weird taste or reduced quality.

Beekeepers should place their hives near easy and bountiful sources of nectar to avoid the bees looking for shortcuts in the long run.

Gatorade is a sports drink majorly developed to boost the performance of sports athletes and help them be more competitive.

The electrolytes and carbohydrates in the drink help revive the athletes and provide them with more energy so it is inherently classified as a sports drink.

Taking too much of gatorade however has been known to predispose people to obesity and type 2 obesity and like other beverages should be taken in reasonable quantities.

Since Gatorade has a high level of sugar content, bees are attracted to the drink as with other types of soda.

Some people have even advocated Gatorade as an alternative bee supplement to sugar water.

Once or a number of times you might have seen bees circling soda cans in garbage dumpsters.

Sodas contain a large amount of high fructose corn syrup which is a type of sugar.

Beekeepers often feed their bees corn syrup or sugar water during the periods before summer when there is a nectar dearth so the bees are used to it.

They usually see the soda cans as an easy source of food and will fly back to the hive and report this to the other bees through their dance communication.

Bees do not differentiate between nectar and can establish the dumpster as their source of food over time.

If you have bees around your dumpsters searching for soda bottles, you should always ensure the lid is closed tightly and the cans and other rubbish are placed in well tied and knotted nylon bags.

Hopefully it will solve the problem.

Among other things, our little furry friends have a sweet tooth which they love to fill up regularly.

Bees will take to soda drinks if there are no nearby sources of nectar.

As a beekeeper this does not mean you should start feeding your bees entirely on soda drinks as that will only result in less quality sugar from your colony.

Place water feeders around your property to revive and energize the bees during their foraging trips. This will help them considerably. 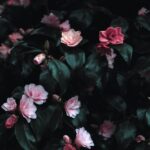 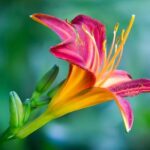