We often see bees being very active during the day, flitting from flower to flower to pollinate and you might wonder whether bees also fly at night and whether they can see in the dark.

Most bee species cannot see in the dark as they are diurnal in nature i.e they are active during the day. However some species of bees have evolved to see in the night with some moonlight as such they can forage at night.

This article will focus on the nocturnal activities of bees, how well they can see in the dark, if they forage at night amongst other things.

Do Bees Attack At Night?

Most bees are diurnal in nature and this means they are active during daylight hours and rest at night.

Honeybees mainly spend the daytime periods foraging for food and other essential products needed by the colony.

They usually start returning once its’ sunset and there are few hours of daylight left.

However if they feel threatened at night, honeybees would not hesitate to defend their colony.

Most people have the misconception that since honeybees rest at night they wouldn’t sting, however this is not true as they will attack anyone they feel is a threat to them at any hours of the day.

If for any reason you have to go near your hive in the dark, ensure you take steps to protect yourself and calm your bees.

Related: Here is an article I wrote for best mason flowers for bees?

Are Bees Blind At Night?

Most bee species including the honey and bumble bees are quite blind at night and as such usually reserve the daytime for foraging activities.

While foraging, honeybees use their ultraviolet vision to search for nectar guides which help them pinpoint the flowers that have the best and richest source of nectar.

This is however impossible for them to do in the dark as they are not able to identify such flowers.

However there are nocturnal bees that forage at night. Some of these species can forage in near darkness which means there is probably some light coming from the moon.

However the giant Indian carpenter bee is known for foraging in the night without moonlight.

It is predominantly nocturnal in nature.

The species of bees which can forage in near dark conditions have evolved over time and can be recognized by their eyes which are slightly larger than their diurnal counterparts.

This behavior has been hypothesized to have been caused by survival modes to enable better forgang habits.

Can Bees Fly In The Dark?

Physically, bees are able to fly at night just like humans can walk and carry out other activities at night, however they prefer not to do so as they can not see well at night.

The bees’ vision is greatly reduced at night and it is more difficult for them to find their way around so they spend it in their hives or shelter resting from the days’ activities.

Most bees are also more likely to be preyed on by nocturnal predators if they go haring about in the dark and remain in the safety of their hives.

However this does not mean that the bees will not fly to attack intruders or threats to their colony even if it’s late at night.

There are usually guard bees who stay awake at the hives’ during the night to alert the colony to any intruders.

A few bee species have been known to be able to forage in near dark conditions and can fly if there is some sort of light source.

Their eyes have evolved to enable them to see at night and find flowers with nectar.

Also here is an article I wrote on do bees lay eggs?

Are Bumble Bees Active At Night?

Bumblebees are not active at night as they spend their daytime foraging for food for the colony.

Unlike the honeybees that run into thousands in a single colony, bumble bee colonies are smaller and have fewer bees.

The female forager uses the sun for navigation which helps them locate nectar guides in flowers which will help them pick out the best source of nectar.

As the day runs out, the sunlight reduces and the bees have to start the journey back to the nest.

The social bee will return to the hive after a day of foraging to rest and warm the nest with her sisters.

The solitary male or female will also take shelter in flowers, trees or rock crevices wherever their home might be to rest and get reenergized for the next day.

Can Bees Find Their Way Home In The Dark?

Most bees usually return to their hives or nests once daylight is fading as it becomes harder for them to navigate their way back to the hive.

Apart from the sun which bees use in navigation, they are believed to possess mental maps in which the settings of the geographical area they live in is firmly imprinted in their brains, this then helps them find their way home after a long day.

Most bees will set out for home once the sun is setting and ensure that they get to the hive before it is dark.

A bee caught outside the hive at night will prefer to sleep in a flower and then return home the next day.

After a day out foraging, it would be too tired and might get lost on its way home, so they would rather sleep where they are.

Do Bees See Red As Black

Bees have a different color scheme from humans as their trichromatic vision does not have the color red but ultraviolet vision which gives them a range of colors that humans cannot perceive.

The bees do not have a receptor for the color red and as such cannot perceive and most people are often confused when they see bees on red flowers.

The bees do not see red as black however.

Since the bees possess ultraviolet vision, they are able to detect some hues of red and the flowers could guide them with the ultraviolet guide which transmits that it has lots of nectar to offer.

Bees avoid black and darker colors but they do not see black as red, they simply do not see any color.

Do Honey Bees Forage At Night?

European honey bees only forage during the day while returning to the hive to rest at night.

Most of the flowers usually visited by the honeybee are daytime bloomers and close down their petals at night.

As such the bees are unable to visit the flowers for foraging activities.

Asides that, the bees need the sun for navigation and the daylight helps them find flowers that are rich in nectar.

Honey bees stop foraging activities once the sun is going down, this gives them ample time to fly back to the hive before it’s totally dark.

They use the night to rest and re-energize as they are mainly busy during the day.

The navigation abilities of bees does not necessarily extend to night time foraging and flying.

Most bees will most likely prefer to return home once it is dark as their sight is seriously impeded by darkness.

Realizing that some species of bees might have actually evolved to fit survival instincts and be able to forage at night is a wonderful development which should be further studied by man.

As a beekeeper, knowing that your bees can fly and will attack intruders at night will guide you on your behavior around them even at night. 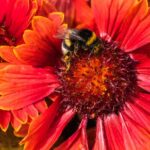 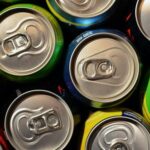