Donkeys are not just beautiful creatures; they’re one easy creature to feed. Donkeys would generally eat whatever they can find around.

However, they tend to quickly put on weight. This is why many donkey owners are concerned about what to feed them.

But, can they also eat alfalfa? Let’s find that out.

Alfalfa should not be fed to donkeys. This is because alfalfa contains a lot of protein, which is more than the required protein intake for donkeys.

Alfalfa is a high-quality and high-content protein source. It has a crude protein concentration of around 17% or more.

When compared to a donkey’s protein requirements, this is extremely high. Donkeys require a 3.5 -7.4% crude protein level daily.

Continue reading to learn more about why alfalfa is unhealthy for donkeys.

What Are The Risks With Feeding Alfalfa To Donkeys?

Alfalfa has several health advantages. This vegetable has been found to be a great source of nutrients like magnesium, copper Vitamin K and folate.

Nonetheless, they should not be fed to donkeys. Rather than acting as the source of nourishment for donkeys, alfalfa may cause severe health challenges such as;

Alfalfa has been found to cause obesity. This is most common with fat donkeys or those used as pets.

Obesity in donkeys can be harmful. It raises the risk of hyperlipaemia. Hyperlipaemia is a disease caused by too much fat in the body.

It causes organ failure and, it could lead to death if not treated promptly.

Obesity prevention is preferable to obesity treatment. This is because quick weight loss in overweight donkeys might lead to hyperlipaemia

Consumption of alfalfa by donkeys can also lead to a condition called laminitis. This is a painful and frequently recurrent condition in donkeys.

This condition affects the tissues bonding the hoof wall to pedal bone in the hoof.

This might lead to the pedal bone rotating or sinking within the foot. The discomfort associated with laminitis may only be expressed softly.

Thus, it is critical to be aware of any behavioral changes in your donkey in order to identify this problem on time.

Some symptoms include heat in the hooves, increased insulin levels, depression, tiredness, etc.

Looking for delicious foods to feed your donkeys?

How Often Should I Feed Them Alfalfa?

Obesity in donkeys can lead to other diseases that can be fatal. Obesity prevention is the most effective treatment.

No, do not feed mini donkeys alfalfa. Mini donkeys are also referred to as miniature donkeys.

These donkeys are friendly and affectionate donkeys that sample a variety of diets and occasionally, fruits.

Let us take a look at some of the diets of mini donkeys.

Sugar beet is a byproduct of the sugar industry. It is a meal that may be given in tiny amounts.

They can also be used to entice a sick donkey to eat or to assist an aged or underweight donkey.

Sugar beet is added to feeds to provide nutritious and digestible fiber. However, it should not be served as a main meal or used as a replacement for hay.

Unmolassed sugar beet can also be served to donkeys to avoid weight gain.

Fruits and vegetables can be offered in little quantities to provide variety and foster a healthy appetite.

As a safety measure, ensure that fruit and vegetables are chopped and sliced to prevent choking.

Due to insufficient vitamins and minerals nutrients in their diet, donkeys can be offered mineral blocks.

Vitamins and minerals can be added to a donkey diet in the block form. Mineral blocks are designed to complement their diet all year round to prevent deficiencies.

Keep in mind that donkeys may be poisoned by blocks made for other animals because some have excessive mineral amounts.

Water is likely the most important nutrient. Without it, life cannot last more than a few days, or even fewer in harsh conditions.

Freshwater should be readily available for your donkeys. Do not give your donkeys frozen water. Old and sick donkeys should not be served cold water.

Alfalfa pallets are a bad idea for donkeys as well. However, other options can be fed to your donkeys.

A good option is pellets high in fiber.

Beet pulp pellets and timothy grasses pallets among many others are high fiber pellets.

If you need more than grass, hay, and straw to help an underweight donkey gain weight, high fiber pellets are a suitable option.

It is recommended that when feeding pellets for the first time, add water and mix with a tiny amount of low-sugar chaff to ensure that the donkey does not consume them too rapidly.

High fiber pellets may be soaked to make a mash, which is very beneficial for donkeys with bad teeth.

There are other foods that should not be fed to donkeys. Let us take a look at them;

No, donkeys shouldn’t be fed with alfalfa hay. It is a bad diet option for donkeys as well.

If you need to feed your donkey hay, good grass hay will be adequate for them.

Donkeys can also be fed with meadow hay. This is a natural grass mixture created from grass grown on old pasture.

Donkeys benefit from seed hay as well. It is a cultivated crop of certain grasses, such as rye or timothy, made by the farmer from the stems left behind after the grain has been harvested.

However, it is important to note that ragwort in hay is extremely harmful to donkeys. It might be difficult to see the difference once it has dried.

Additionally, before feeding, fresh-cut hay should be kept in a dry barn for at least three months.

Alfalfa cube is a no-no for donkeys. However, if you’re considering feeding cubes to your donkeys, there are incredible options to consider.

Donkeys can safely consume cubes such as high fiber or low sugar cubes. You can get this in feed stores.

However, the cubes should be moistened. Feeding them raw cubes can make them choke.

Also, do not overfeed them with cubes as this may likely cause them to choke or even lead to colic.

Things To Watch Out For Before Feeding Them Alfalfa

Too much protein, on the other hand, can lead to health problems in donkeys such as heart disease.

As previously noted, alfalfa consumption can also contribute to health problems such as obesity.

This is a problem that many donkeys experience. As a result, you should avoid feeding alfalfa to donkeys.

Alfalfa should not be fed to donkeys as it increases the risk of obesity and causes laminitis in donkeys.

Cubes such as high fiber or low sugar cubes are also a great option for them. 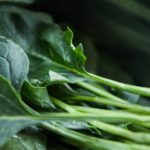 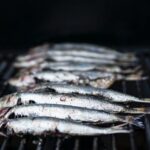