As a backyard farmer or someone who just wants to rear farm animals, you might be wondering which animals can live together.

And one very common one is can ducks and rabbits get along?

Ducks and rabbits cannot get along fine as they are both different species of animals with different breeding habits. They eat different foods and they have different behaviors. So keeping them together might be a problem.

You must be wondering what kind of article this is? It is very simple, I want to bring you an in depth analysis on if ducks and rabbits get along or if the statement is just a figment of imagination and that these two animals can never get along.

The fact that these two animals are not from the same species, and as such are not exposed to the same experiences makes for a difficult straight answer to the question if ducks and rabbits get along.

However, it is important for you to understand if they can get along just in case you are contemplating having them both around you.

I aim to shed some light on both sides of the coin in this article.

What are the differences in Instincts and Behavioral patterns that prevents ducks and rabbits from getting along?

When you realize that these are two different animals, it is important to check the differences in instincts and behavioral patterns.

This can give you an insight into if ducks and rabbits get along despite these differences.

How different are Ducks and Rabbits in instincts and Behavioral patterns?

Related: Check out this article I wrote on can ducks eat celery?

A Duck  is a small wild or domesticated web footed broad billed swimming bird usually having a depressed body and short legs, while a Rabbit  is a small mammal with fluffy, short tails, whiskers and distinctive long ears.

From these descriptions, a duck is a swimming bird that requires freedom to roam around and play with water or splash water around if a pool is provided for it.

A Rabbit on the other hand, is a very conservative animal that stays always in the cage and is very protective of its fur from any contamination or stain.

Getting along seems unlikely with constant fighting for territory if put in the same cage.

Care for the young ones

A baby duckling requires the warmth of the mother’s down feathers, so she snuggles them at night to keep them warm.

Adult ducklings have the tendency to kill unfamiliar baby ducklings, imagine now being in the same cage with a rabbit.

A rabbit  has the tendency to neglect its baby and refuse to breastfeed it if it smells a stain or contamination on its fur. Imagine how well this can be avoided in the cage with ducks.

A rabbit has a plant based diet and does not eat meat. It’s diet includes grasses, clover, fruits, roots, seeds, buds and tree bark.

In this case, it is possible for the ducks and rabbits to get along if they are both provided with their kind of food and neither is hungry while the other is feeding.

The fact that a duck has the freedom to roam around and play with water or splash water around means there is a greater possibility of it being easily infected unlike the rabbit that spends all its life in a cage.

This may seem unable to create a fuss, only to realize that the rabbit can start destroying the ducks eggs just as a sense of protection for its bunnies who would probably be outnumbered in the cage.

Difference in Digestive  and Excretory systems

A duck produces wet feaces which is usually a form of disgust or nausea to the rabbit.

A rabbit has a very sensitive digestive system, such that any little contamination of food by the duck from trampling on it or eating from it can cause a negative reaction in the digestive system of a rabbit.

How can ducks and rabbits get along?

If you must have both of them around you, then it is important to ensure that the ducks and rabbits get along.

Put them in separate cages

While there is no evidence to suggest that ducks and rabbits can get along, if you have both of them it is only necessary to have them in different cages where neither interferes with the life cycle of the other.

This ensures that you can pay attention to the needs of both animals.

Buy them when they are babies

Another way though largely unproven by which ducks and rabbits can get along if you must have them is to buy them when they are babies.

In this stage, their natural instincts have not fully kicked in and as such it makes it easier for them to grow together, and get used to each in the same cage.

Ducks and rabbits do not really get along because no matter what, a rabbit is a very shy animal that likes an enclosed space to itself and easily feels threatened.

This suggests that almost every other day, the ducks and rabbits would be at each other’s throats, lunging, kicking and biting in some instances.

A duck is an animal that is not clean enough  from loitering around to be in a cage with a rabbit.  It is therefore not likely that ducks and rabbits get along. 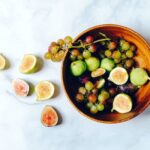 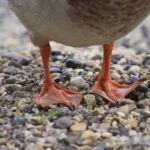