Penguins are flightless sea birds, found in the Southern Hemisphere and they are known for their walking style, as well as their black and white plumage.

Penguins cannot fly in the air like other birds, but they have evolved to fly deftly in water.

Unlike flying birds with hollow bones, penguins have solid and heavy bones that helps them dive underwater.

Their wings are also smaller when compared to that of other flying birds.

Just like every other birds, penguins often travel a long way from. their feeding to their breeding ground and vice-versa.

It is quite a mystery that penguins do not keep their ability to fly as their swimming abilities evolve.

To quench your curiosity, I have made some researches on the concept of penguins flying.

This would clear your doubt and affirm all known facts.

The question of if penguins are birds or not often arise because of the way they swim in water and walk in an uncanny manner.

However, in zoological terms, penguins are known as aves, simply put, birds.

They are a group of black and white flightless see birds and they are generally found in the Southern Hemisphere (Antarctica), though you can find several species of penguins in more temperate regions too.

Do Penguins Have Wings?

Since penguins are birds, they do have wings, but these wings are used for swimming rather than flying in the actual sense.

A penguin’s wings are referred to as flippers because of their shape, a flat, thin and broad with long tapered shape.

The tip is usually blunt and rounded.

These wings are super stiff and they can rotated in different directions at the same time. In essence, penguins do have wings, strong ones , and with equally strong pectoral muscles to power these wings.

Related: Here is an article I wrote on are penguins dangerous

Will Penguins Ever Fly?

Penguins evolved from ancestors who can obviously fly. Penguins International revealed that 65 million years ago, penguins ancestors could use their wings to fly and swim but they gradually lost their flying ability.

It could be said because they have little or no threats to fly away from in the past, they never evolved to fly.

Instead, they developed flippers to swim very well in order to survive in the ocean.

It could then be said, that their swimming prowess cost them the ability to fly.

Therefore, penguins can not fly in air.

Is There a Type of Penguin That Can Fly?

There are over 18 different species of penguins and none of them can fly.

In fact, each species are better built for what they spend majority of their time doing, swimming and diving.

Are Penguins too Heavy to Fly?

Penguins have a large body mass, which makes them too heavy to fly.

Normally, a bird can fly provided it does not weigh more than 13 to 26 pounds, and at most, 44 pounds.

Also, birds that can fly have hollow bones and a complex arrangement of feathers. On the other hand, possessing a thick layer of blubber, dense plumage and solid bones, penguins are rather too heavy in proportion to their size to be able to fly.

This question needs no clarification. It is an obvious fact that penguins fly underwater.

Penguins fly in water which is 900 times denser than air. An amazing fact is that they can even move very fast in water, at an amazing speed of 20miles per hour.

In water, penguins move their wings with a great force that is similar to that of the birds that fly in the air.

This time, not in the air, but under water.

Penguins usually fly with their forelimbs, also known as wings or flippers and so, they are absolutely flying only in water and not in air.

Can Penguins Give Birth Underwater?

Penguins can give birth underwater. They are capable of swimming 4 times more than humans and can stay underwater for up to 20 minutes.

Penguins cannot fly, but they can move in water at high speed, courtesy of their adapted wings.

While their ancestors might have the ability to fly, the absence of predators and the need to survive in the marine habitat made these bird’s flying ability leave them slowly, as they evolve.

Penguins wings are now known as flippers. The bones have become very strong and fused straight, with powerful muscles to help them fly through water.

Do you know that penguins are the only birds that cannot fold their wings?

They are also capable of swimming at a great speed of up to 25miles per hour.

It is crucial to understand that since penguins feed on fishes, squids, krills and other sea creatures underwater, they need to be better swimmers to survive.

Therefore, is is true that penguins are classified as birds, but they are one of the few flightless marine birds in the world.

They are indeed, better at flying through water than in air. 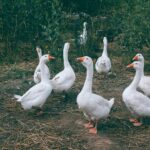