Quinoa is a staple food that has recently become popular with humans and some poultry owners due to its high nutrient content.

I’ve been asked if it is okay to feed quinoa to turkeys from time to time?

Yes, turkeys can eat quinoa as it is quite healthy for them and some poultry owners have even incorporated it as part of their birds diets as opposed to giving it as only a supplement.

Let’s discuss what exactly quinoa is, its nutritional value to turkeys, whether turkeys can eat it uncooked, how to feed quinoa to turkeys and other questions you might have.

Quinoa is the seed of the Chenopodium quinoa plant. It is not in essence a grain, according to botany.

However, it is frequently referred to as a “pseudo grain” because its nutrients are similar to cereal grains and it is eaten in the same manner.

Quinoa has been around for centuries but was not popular as it is now, as there is an upsurge in the way it is eaten.

Its high nutritional benefits have been recently discovered, its popularity has also increased because it is gluten free.

There are over 3,000 varieties of quinoa with the most popular being red, black and white.

What Are The Health Benefits Of Quinoa To Turkeys?

Quinoa contains kaempferol and quercetin, two potent flavonoids. They have not only anti-viral properties but also anti-inflammatory and anti-depressant properties in both turkeys and humans.

Iron is a mineral essential not only for humans, but also for poultry animals such as turkeys.

Iron aids in transport of oxygen and electrons throughout the body of the turkey. Your turkeys can develop anemia if there is a lack of iron in their body.

Quinoa contains a lot of lysine. It has a higher lysine content than other leguminous plants and grains.

Lysine is an amino acid that aids in calcium retention and protein synthesis.

Some of the problems that might come up with your turkeys not having enough lysine include, anemia, bloodshot eyes, reproductive issues, and fatigue.

Feeding them quinoa can resolve all these problems.

Quinoa’s protein content is about 15%. Protein is essential because it aids in egg laying, disease resistance, growth of the turkey, muscle maintenance, and the maintenance of the bird’s feathers, especially during winter.

How Often Should I Feed Them Quinoa?

Quinoa is one of the few grains that you can actually incorporate into your turkey’s diet without having any fear of nutritional deficiencies.

It is one of the most healthy grains in the world even more than corn, barley, oats or sorghum

It is rich in protein which is very important to your turkeys and it is also rich in other nutrients such as fatty acids, vitamins, fiber and minerals.

All these nutrients are quite important for your turkey’s proper growth and development.

You can mix uncooked quinoa in with your turkeys’ feed from time to time especially if you eat it in your house.

Baby turkeys or poults can eat quinoa as it is healthy and nutritious for them.

Baby turkeys consume far less food than adult birds; you can feed quinoa to poults on occasion, but only in very small amounts.

Poults can become undernourished if they are fed too much quinoa over a lengthy amount of time.

This food is full of nutrients for them, but it does not provide all of the nutrients that they require.

As usual, it is best to start your turkey poults on turkey starter or game bird feed and wait till they are about 4 to 6 weeks before feeding them other foods.

Wild turkeys can eat quinoa. If you are raising a flock of wild turkeys you can feed them both cooked and uncooked quinoa.

You can toss uncooked quinoa to them from time to time. If they just hang around your farm or house, it is totally safe to give them quinoa.

Turkeys would eat almost anything that comes across their way anyway and why not something healthy for them.

Also check out this article I wrote on can turkeys eat raspberry?

However, cooked or sprouted quinoa is more nutritious for your birds.

You can sprout quinoa for your flock if it is unhulled and undisturbed. To sprout quinoa, soak the seeds in water for at least 8 hours.

Then drain the water, place in a flask or covered container. Store in a warm place for three days, draining and rinsing three times a day.

You will notice sprouts emerging from the seeds.  This way you now have an even better health treat for your turkeys that they will undoubtedly devour.

Things To Watch Out For Before Feeding Them Quinoa

You can decide to feed your turkeys either raw or cooked quinoa.

However, put it in mind that before giving your turkeys this delicacy, it is important that you wash the seeds to remove any contaminants.

The seeds have come in contact with different things before getting to you and it is important that you wash it thoroughly before feeding it to the turkeys to avoid food poisoning.

Also washing the seeds helps to make its seeds palatable for the turkeys to eat.

Like I said earlier, cooked and sprouted quinoa are more nutritious for the turkeys.

This is because the sprouted version gains more nutrients such as vitamins, protein and minerals.

It also makes digestion easier for them as some starches have already been broken down.

As much as quinoa is healthy for your turkeys, try to incorporate it into their diet without leaving out their feed and do not forget to include other grains, vegetables and fruits into their diet.

How Can I Feed Quinoa To My Turkeys?

You can feed your turkeys raw, cooked or sprouted quinoa. As we established, cooked and sprouted quinoa is usually more nutritious than the uncooked variety.

This doesn’t mean that you cannot give them uncooked seeds however. Simply was the seeds before tossing it to them or mixing with their feed.

For the cooked version, quinoa is pretty much easy to cook and it can be cooked just like rice and served.

To make the serving healthier, you can add tomatoes, carrots and other vegetables.

It’ll look more palatable to the turkeys and they will gobble it up in the shortest possible time.

Quinoa is a ‘superfood’ that has become quite popular in recent times due to its high nutritional value.

It is loved by humans and this has been extended to poultry birds including turkeys too.

Quinoa is very beneficial to turkeys and it is one of the few foods that actually has almost all the nutrients they need to grow and survive.

It has enough proteins, vitamins, lysine flavonoids and carbohydrates.

Turkeys can eat quinoa both cooked and uncooked. Sprouted quinoa is another way to get the turkeys to eat quinoa in a healthy and more nutritious way. 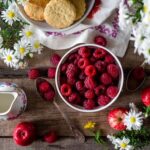 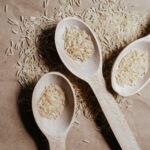