If you stay around the country side, you may have noticed lots of wild turkeys.

And for me, the one question I usually have is whether they can hurt me or if I should be frightened of them

Can wild turkeys be tamed? Wild turkeys can be tamed with lots of patience and food. It’s easier when they are young.

They’ll easily trust you if you give them food whenever they are around and provide a shelter in which they can be protected from predators me relax if they so wish.

You should note however that taking wild turkey eggs from their nests to hatch them is illegal in many regions.

It is also illegal to steal poults from their mothers to nurture them.

They are wary and do not trust easily.

Chances are they see humans as predators.

Moving close to them can rouse their prey instincts and make them attack you.

You have to be patient with them.

Give them food whenever they come around, don’t move too close to them and make your yard or compound attractive for them.

Taming wild turkeys is however not advisable.

They could get so used to humans that they lose their fear of humans and attack unsuspecting humans.

A tamed wild turkey is just a turkey that no longer fears humans and maybe trusts them.

This can be dangerous.

Can you domesticate wild turkeys?

Yes, you can domesticate wild turkeys if you raise them.

This is illegal in most states so you would have to check the rules and regulations concerning holding and raising wild animals in your region.

If you raise wild turkeys from when they are poults to adults, they would get used to you and learn to live like domestic birds.

A lot of things are involved though.

First, wild turkeys can fly so if you’re going to domesticate one, you would have to clip its wings or keep it in an enclosed cage with lots of space.

This isn’t something nice because they are meant to roam and fly, which will make them happier.

When they grow to be adults, because of their natural wild instincts some of them may grow to be aggressive, especially the toms.

They may chase and scare children.

Adult wild turkeys are not as easy to domesticate.

They are used to the wild.

If you try domesticating one, it wouldn’t be happy and would try every means to escape you.

This could make it more aggressive.

This is also illegal in most states, so check before keeping one to be sure you won’t be getting into trouble.

Can turkeys be friendly?

Yes, turkeys can and are friendly.

Turkeys are social creatures and are very affectionate towards people.

Turkeys especially female ones are quite docile and will follow you around, talking to you and keeping you company.

Turkeys are friendly and will allow you carry and cuddle them.

They like to be petted, stroked and cuddled. They just basically enjoy attention.

They will sit beside them and allow the kids to touch or carry them for a long time.

Can a wild turkey mate with a domestic turkey?

Yes, a wild turkey can mate with a domestic turkey. The mating will lead to laying of eggs and hatching of healthy poults which is a success.

This isn’t something that is advised though.

If wild turkeys mate with your domestic ones, the poults would probably have traits of the wild turkey.

The poults may find it difficult to adapt to a domestic lifestyle.

They could also become aggressive and less docile.

And since you can’t release them, it becomes a problem for you.

You can’t release them because it is illegal to do so.

Releasing animals that have been domesticated into the wild is an offence.

If your domestic male turkey mates with a wild hen and it hatches in the wild, it could hatch poults with more of domestic traits.

This is dangerous as the poults may grow up to be docile and bigger than wild turkeys.

A turkey like that wouldn’t last long in the wild.

It’s survival instincts will be so muted and its size will make it difficult for it to flee from predators.

This is why you shouldn’t mate wild turkeys with domestic ones.

What is the difference between a domesticated turkey and a wild turkey?

Domestic and wild turkeys are both turkeys but there are a lots of differences between them.

They usually have deep brown and black feathers that your mind goes to when you think turkey.

Domestic turkeys on the other hand have lighter feathers.

Most of domestic turkeys have been bred to have white feathers.

This is because the white pin feathers are less noticeable on the carcass of turkeys.

Domestic turkeys on the other hand have been bred to have large breast and big size, which makes flight difficult.

Since their owners protect them from from predators, they don’t really have use for that ability.

They can see 10 times better than humans and even see in colors.

They also hear noise even from a great distance.

Domestic turkeys however do not have eyesight and hearing that is as great as this.

This is because they have no need of it.

Wild turkeys know how to protect themselves from predators and survive in the wild.

These survival instincts and skills have been bred out of domestic turkeys which makes them dull and docile.

They wouldn’t survive long if released.

Wild turkeys have darker meat and their meat is also more intense in flavor than domestic turkey meat.

Yes, wild turkeys can and will attack humans if they have lost their fear of humans.

Feeding wild turkeys can make them tame and lose their fear of humans.

This can cause them to attack humans trying to show dominance or act aggressively when they see humans.

This is especially common during the breeding season.

This is why you shouldn’t be friendly towards wild turkeys or any wild animal at all.

Don’t feed them and keep away things that can attract them to your property.

Wild turkeys will also attack humans if they see shiny objects or glass around them.

For example, if you are inside your car and a wild turkey sees its reflection in the mirror, it can become aggressive and start attacking, charging at the car.

It probably sees the reflection as another turkey.

This can also make them charge windows at your house.

Can you raise and release wild turkeys?

No, you cannot, and there are several reasons why.

First, they won’t survive in the wild, because they have been domesticated and lost their survival instincts.

Their wild mothers weren’t there to teach them about survival skills in the wild and how to protect themselves.

These birds wouldn’t last for long in the wild and that’s just not nice.

Secondly, it is illegal to do so.

Raising and releasing wild turkeys is an offence and a crime.

This is because they won’t survive and also because the turkeys could carry some disease from your yard into the wild and infect the wild turkeys there.

These diseases could spread fast in the forest and may become a problem.

Can I kill a wild turkey in my yard?

No, you cannot. In many regions and states, killing wild animals without a permit or a license to kill them is illegal.

If you don’t have a game permit to kill turkeys then you cannot kill them in your yard.

Scare them away if they disturb you.

Keep everything that can attract them to your yard away.

For example, your poultry feed, trash cans etc. should be hidden.

If they still keep coming and disturbing you, you should call the local authority on charge of wild animals in your area.

Wild turkeys can be tamed with patience and kindness.

Wild turkeys can be domesticated if raised.

They can mate with wild turkeys and they do attack humans in some circumstances.

Wild turkeys cannot be raised and released and you cannot kill them in your yard without a license. 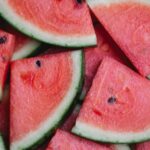 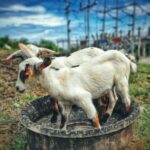