In general, sharp gardening tools are usually more effective and safe to use than the dulled ones.

Knife sharpeners consist of a number of sharpening devices which are used to hone the blades of knives and other similar household utensils.

They can range from electric to manual sharpeners, hand files and countertop sharpeners.

Knife sharpeners are not the best sharpening tools for honing secateurs. For that it is best to use either a whetstone or a diamond sharpener.

This article will further explain the nitty gritty of sharpening your secateurs and how to get the best from it.

Can You Sharpen Secateurs With A Knife Sharpener?

There are various tools that are classified as knife sharpeners and while some of them may be suitable for sharpening secateurs, not all would be able to perform this function.

Let us look at the different categories of knife sharpeners.

They often streamline the process of knife sharpening, especially if the knives are frequently in use for various food cutting activities.

Electric sharpeners come with different features for either home or commercial use.

Most kitchen electric knife sharpeners are not designed for sharpening secateurs, however there are professional electric sharpeners which can hone both kitchen knives and other tools including secateurs.

Whetstones are also one of the best knife sharpeners and they can sharpen almost all household and backyard tools including knives and secateurs.

What Are The Problems You May Face Using A Knife Sharpener?

The major problems most people complain about when using a knife sharpener is the fact that their utensils are not properly sharpened even after spending hours trying to hone them.

This can also depend on the knife sharpener being used.

Most electric sharpeners have devices which hold the knives at the right angle while they are being sharpened.

For other sharpeners however, you need to place the knife properly or there won’t be any results even after hours of work.

When using a whetstone for example, some of the problems you might need to check include:

These are but some of the problems you have to surmount while using a knife sharpener and this is most often faced by beginners. But with time you’ll get the hang of it.

What Is The Recommended Instrument For Sharpening Secateurs?

The best tools for sharpening secateurs are either a sharpening stone or a diamond file sharpener.

A sharpening stone is  mostly rectangular or sometimes round in shape with their thickness ranging from half to several inches and available in various types.

The most common types are the whetstone and the carborundum stone.

Whetstones are made out of silicone dioxide materials which are extracted and then graded either as smooth, medium, or tough.

When using a sharpening stone, hold it flat and run it across the surface of the secateur blades..

Flip over the secateurs and continue working the stone along the blade. Ensure you are doing this along the same angle as the beveled edge.

This should be done on both sides of the blade.

How Do You Sharpen Old Secateurs?

If you have an old secateur in your garden shed, there is no reason for you to throw it away even if it is rusty and all.

All it needs is a refurbishing and a good sharpening and you are good to go.

First start off with cleaning off any dirt or sap that might be stuck to the blades. You can do this by washing with soapy water.

Next, if it’s rusted already then you need some vinegar and a stiff brush to work off all the rust.

Rinse off properly before and dry with a cloth. Now it’s sharpening time. You can use either a sharpening stone or a diamond file.

Ensure the you run the file or stone along the existing bevel on the secateurs blades.

Run this back and forth a few times till the blade is sharp enough for you.

Finish off by lubricating the blades with a good oil such as motor oil or multipurpose oil.

After drying off the excess oil, you have your old secateurs as good as new again.

How Do I Keep My Secateurs Sharp?

The best way to keep your secateurs sharp is to have a regular maintenance routine which you carry out after use.

This starts from cleaning or washing your secateurs after each use. This is because most often, sap sticks to the blades and this is corrosive and leads to rust in the long run.

From time to time, sharpen your secateurs either with a whetstone or a diamond sharpener.

Can You Sharpen Secateurs With A Stone?

Yes you can sharpen secateurs with a stone. A sharpening stone such as a whetstone is one of the best sharpeners for your secateurs blades.

Once you get the hang of them, it is easy for you to sharpen your blades with ease.

Before sharpening your secateurs on the stone, ensure you have properly cleaned off all traces of dirt, dust, sap and rust from it.

You can do this by wiping your clades down with a dry cloth or totally washing off with soapy water.

Once it’s dry, you can sharpen your blades.

Some secateurs have designs which allow you to put apart the secateurs parts so you can focus on sharpening each blade properly on the stone.

You can get different types of sharpening stones at hardware stores or from online stores such as Amazon or Ebay.

Regularly sharpening your secateurs will help your gardening activities easier and ensure your cuts are sharp and your plants do not end up with infections.

Can You Sharpen Secateurs With Sandpaper?

Sandpaper itself cannot be used to sharpen your secateurs, however you can use sandpaper in the process of sharpening the secateurs.

Sandpaper is a type of abrasive paper which is usually useful for polishing tools and also removing dust and grime.

If you have straight bladed secateurs then you can use sandpaper to sharpen it especially if you do not have sharpening devices at hand.

Sandpaper is especially useful for removing rust from most metals due to its’ abrasive surface.

To polish metal after sharpening, use a sandpaper with a grit level between 300 and 1,200 as anything less can damage the metal.

What Is The Best Secateur Sharpener?

The best secateur sharpener are still whetstones and diamond file sharpeners which you can easily buy at any hardware convenience store.

They come in different types and sizes and you have a pick of varieties from which you can choose from.

For a professional sharpening device, your best bet is the Felco Model 903 Sharpener (Diamond Steel) which you can buy from Amazon.

The product is durable, affordable and easy to use. Multiple users have attested to the fact that the Felco sharpener whips dulled blades into tip-top shape in no time.

You might consider adding to your gardening tool shed for effective sharpening of your secateurs and other garden and household tools.

Sharpening your secateurs is an important activity which you should involve in from time to time to keep your blades honed and sharp.

There are various knife sharpening devices which can be used for keeping your blades sharp, however not all will work for your secateurs.

A whetstone or diamond file sharpener is the best sharpener for your secateurs.

Having an old secateur at hand can save you buying a new one as all you need to do is refurbish it for use. 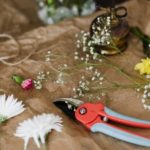 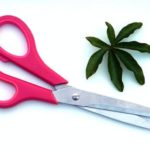