Winter is here and as beautiful as the snow looks in your driveway, you have to worry about shovelling it all away and the stress that comes with it.

You also have a perfectly good fertilizer spreader sitting in the garage and you are wondering if you can use the spreader to make your work easier.

Most homeowners do not know they can use their available spreader for other lawn products and ice melt.

This is very possible especially if you do not want to clutter up your garage with various unnecessary tools.

It is great to use your fertilizer spreader to distribute salt, however before you start there are a few things you need to know about salt spreading and how you should care for your fertilizer after using it to spread salt.

This article will give you a step by step breakdown of the process and at the end you’ll be able to effectively salt your driveway.

What makes a fertilizer spreader good for spreading salt?

Most fertilizer spreaders are good for spreading other lawn products such as grass seed, salt, ice melt to mention a few.

However most manufacturers do not state it on the spreader or in the owner’s manual.

If you are going to use your fertilizer spreader for spreading salt, it has to have some features which will help ensure the salt is well distributed and the salt doesn’t end up corroding the spreader.

Here are a few things you should look out for when buying your fertilizer spreader to make it suitable for salt spreading:

If your fertilizer spreader possesses the following features then you can definitely go ahead and use it for salt spreading.

Related: Here is an article I wrote on can you spread lime with a fertilizer spreader?

Can you use a Scotts spreader for ice melt?

Scotts spreaders are absolutely great for spreading ice melt. Although they do not encourage using fertilizer spreaders to spread salt you can go ahead to use them for spreading your salt.

However to ensure your Scotts spreader doesn’t get damaged and rusted out easily from the corroding of the salt, always ensure that you rinse it out after use.

If you do not mind having more than one spreader, the brand has a great line of salt spreaders and ice melt which usually helps get the work done easily.

The Scotts Wizz Hand-Held Spreader for example is a perfect ice melt and salt spreader.

It is hand held and makes it very easy for the holder to direct the spray of the salt as he or she desires.

The Scotts Elite broadcast spreader is another Scott product which works great for salt spreading.

It has a nice adjuster to choose how much salt is to be spread as well as a deflector kit which prevents lawn products from spreading out to unwanted areas.

Also read this article on can you spread grass seed with a fertilizer spreader?

Can you spread salt with a seed spreader?

If you have only been using your seed spreader for spreading fertilizer or grass seed then you have been missing out.

Your fertilizer spreader can also very well be used for spreading salt.

Both drop spreaders and broadcast spreaders can be used to spread salt on your lawn.

It doesn’t vary much from seed spreading as the amount of land covered is dependent on your walking speed, the setting of the seed spreader and the size of the salt crystals.

While using your seed spreader to distribute salt you have to put into consideration that the size of the salt crystals which would be could be larger or smaller than the normal seed size.

All you have to do when about to spread salt with the seed spreader is to adjust the settings on the spreader to a hole size that will ensure an even distribution of the salt crystals.

After successfully spreading the salt with a seed spreader, it is important that you completely remove every grain of salt and clean the seeder thoroughly.

This is important because salt is harsh and will damage the metal of the spreader if left in it.

Also salt left in the seed spreader will spoil other materials such as fertilizer or grass seeds later placed in the seed which can then ruin your lawn.

All you have to do after salt spreading is to rinse out the seed hopper and other parts with water, dry up and keep lubricated to avoid rust.

This way your seed spreader is in good condition for the next use.

What Are The Properties of Salt For Melting Ice?

In recent times salt is usually used to melt ice and people who live in cold regions usually make use of salt to melt the snow on their sidewalks and driveways.

Salt has been discovered to be a good ice melter and this is because it possesses some properties which enables it to be good for this purpose.

When salt is introduced into snow, the salt works by reducing the freezing point of water which is the main component of ice and snow and this term has been termed as the ‘freezing point depression’.

Water usually freezes at thirty-two degrees Fahrenheit and as such when the salt is introduced, this freezing point is essentially lowered causing the ice to unfreeze and also stopping the water from refreezing.

Thus the salt stops the water molecules from bonding together tightly in their rigid structure.

Salt is a solute and when in water, it breaks down its elements separating into chlorine ions and sodium ions.

Though salt does the job of melting the snow, it also still needs to be used with water for the melting process to occur.

As such when the salt is applied to the ice, and touches the thin coat of water usually covering it starts to dissolve in it, lowers the freezing point and melts the snow.

There are different kinds of salts used for melting ice and while some are more effective then others they are not necessarily the best choices because of their adverse effects.

Sodium chloride which is table salt when used for salting roads can cause electrolyte imbalance in plants and also cause corrosion of metal structures it comes in contact with.

Magnesium chloride is known for melting ice faster; however it usually retains moisture, causing slickness which can make people prone to slipping and falling.

There are other kinds of salt too but each has its advantages and disadvantages. Improving your knowledge on the salt freezing process can help you determine what kind of salt to use for melting your driveway.

Other corrosive materials such as magnesium, potassium and calcium also help further lower the freezing points.

Salt is usually used in producing ice melters however these other materials are also used in the production process.

So out here apart from naturally spreading salt on your sidewalk to melt snow, you can purchase a manufactured ice melter as it is also produced with salt making it super easy for you to melt your snow.

As you can see from this guide, it is very possible for you to use your available spreader for salt spreading.

As such do not forget to properly adjust your spreader settings to accommodate the salt crystals and most importantly caring for the spreader after use.

Your snow packing work will go so much easier after you try this as the salt would have done the major work and you can then get on to other things.

We hope you have fun. 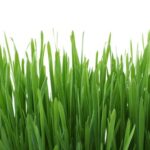