No. Garden soil should not be used in a grow bag, garden soil contains too much clay and it inhibits air from getting into the roots when it is used in a bag or a container.

Garden soil should only be used as a base, apart from clogging and compacting, garden soil lacks the nutrients required to grow healthily potted plants.

Additionally, garden soil tends to hold water, and regular watering that is required by plants in a growing bag will instead make the soil compact, this leads to poor aeration and poor drainage.

Since garden soil is not good to be used to grow bags, the best soil to use with grow bags includes ⅓ peat moss, ⅓ compost mixtures, and ⅓ vermiculite, mix everything to help activate the organic nutrient in the mix.

Can You Use Garden Soil in Place of Potting Soil?

No, garden soil cannot be used in place of potting sand,

For a plant to grow and thrive in a bag or pot, the soil used must be porous and allow easy movement of water and oxygen to your plant’s roots, it also allows for well-draining.

Garden soil is the topsoil that is enriched with different nutrients, compost, and other organic matter that helps in nourishing plants,

since it doesn’t have pricier ingredients in it’s making it is far cheaper than the potting soil that comprises ingredients like moss, perlite, etc.

Potting soil was developed for the plants that are grown in containers and bags.

Potting soil comprises different nutrients that are mixed to provide a healthy environment for potted plants to grow favorably.

The reason why garden soil is not suitable for potted plants is that it will get compact and not allow air into the roots, leading to the plants dying,

The potting soil is designed to keep the soil from being too compacted which will impede the flow of water, nutrient, it will end up suffocating the roots of the plant.

Good potting soil should be able to hold moisture, it should be of lighter weight and also should be fluffy.

Garden soil should not be used in growing plants in a bag, however, you can make use of garden soil in planting and maintaining flower beds,

additionally, garden soil can also be used as an ingredient in a potting soil mixture.

Things you can use as alternatives to potting soil include a variety of blended materials such as peats or sphagnum moss, and rocks or minerals like calcined clay, sand, or pearlite.

Additionally, you can also make use of organic materials like animal waste, mushroom compost, or cotton gin waste.

You can also make use of soil-less potting mixture adding husk from peanuts, rice, and coconut, you can mix these with fertilizing agents like blood and bone meal, worm castings, these are to increase the fertility and nutrition of the potting soil.

What Soil to Use in Grow Bags for Vegetables?

they are soft, lighter, and airier than their ceramic counterparts, the bags have attached handles making them very easy to lift and move from place to place.

Soil is important especially when it comes to gardening.

With this mixture, the soil preserves moisture which is very important for bag gardening.

The soil mix listed above is Mel’s mix and it is the best mix for seedlings, bag hardening both indoors and outdoors.

Good soil is essential for healthy plants and the soil needed for growing vegetables in bags is quite different from your regular soil.

Garden soil needs to be light and not get compact when watered, it should be able to retain moisture and above all have enough nutrients to ensure the growth of the plant.

The best composition of a good potting soil includes a light growing medium, a moisture retainer, and a fertilizer.

start by measuring ⅓ of compost it should be of different varieties, ⅓ vermiculite and ⅓ peat moss.

Ensure you measure all these while they are in their loose form, the next thing is to mix everything and after it is done, you have your rich potting soil, you can go right ahead to plant your vegetables and watch it grow.

What Is The Difference Between Bagged Garden Soil and Potting Soil?

Garden soil contains dirt, unlike potting soil which does not contain any dirt.

The garden soil is essentially made up of topsoil and other organic materials such as composted animal manure and plant bark, it is denser in texture and can hold water longer than the potting soil.

The garden soil is not meant to be used in growing bags but you can use it in flower beds as flower beds do not need to be watered just as much as potted plants.

They are formulated to have the average pH plants need, provide drainage, and have basic nutrients.

One of the advantages of the garden soil is that it packs well around plant roots making it possible for them to develop a thick root base.

Potting soil on the other hand is a mixture of different nutrients to provide an enabling environment for plants to grow.

The composition of potted soil differs greatly from that of bagged garden soil, potting soil is designed for keeping plants grown in bags and containers healthy.

They are composed of ingredients that hold onto nutrients and water and promote good aeration and good drainage.

Is Garden Soil Okay for Containers?

Yes, Garden soil can be used for containers but it needs to be amended or modified,

it can also be used as a base for a homemade potting mix, however, it should not be used in a container alone or without being amended first.

Garden soil is simply the ideal method of growing plants in the ground, it has the natural ability to drain off the excess amount of water yet still be able to retain moisture during the Dry season,

the garden soil is filled with insects that are beneficial to breaking down organic matter, but in containers,

it will have a negative effect of hindering the growth of plants, since it is heavy and much denser than the potting soil formulated for containers.

So it is not ideal to use garden soil in containers.

Can I Use Topsoil In Containers?

No. It is not recommended to use topsoil alone in containers, it can become saturated with water, and end up limiting the air space required for plants to grow.

However, topsoil can be added to potting mixes occasionally in large containers to help in adding the weight needed to support large plants.

Plants won’t get the necessary nutrients it needs because topsoil is compact and won’t allow water drainage or aeration.

The type of soil you use determines the rate at which your plant grows and how successful your garden exercise will yield results,

not all types of soils can be used in the growing bag, as growing bags need soil that is light and can retain moisture and also allow aeration for the plants planted in it to receive enough air for growth.

For instance, compound or topsoil should not be used in potted plants as it is compact and would not allow air into the root of plants for the plants to grow well. 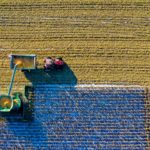 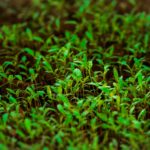