We could speak in depth about how the black helps them absorb heat and how the white helps them deflect the light of the sun so that they don’t overheat.

We could even speak of how similar they are to horses and the fact that they, as well as donkeys, are from the same family.

We could even take you on a trip to the history, albeit failed, of attempts to domesticate and tame these majestic creatures.

But for the purpose of this article, we will content ourselves with just as interesting a quandary as any: can Zebras Swim? To keep the answer simple, Yes Zebras can swim. Still don’t believe us, read on and be convinced!

Believe it or not, Zebras are very efficient swimmers. Yeah, I can sense the disbelief growing. So, let’s quell that with some hard facts.

Yes, Zebras live in Africa in regions and terrains that can go for long periods without water.

Because of water scarcity, Zebras have adapted to the challenge and developed bodies capable of going without water for days at a stretch.

However, when they do find water, they could gulp more than a gallon at a single seating.

This background may give the impression that since water is so hard to come by in their territory it must be impossible to know whether or not these equine masterpieces can swim.

Again, that’s not the full story. The full story is that when the grasses and shrubs upon which Zebras are so dependent dry up, they go in search of greener pastures.

For centuries, they have attuned their instinct to this season and as you can easily observe in documentaries about Zebras, they migrate to where they can find the water and food that their bodies so badly need.

Year after year, they make the journey- it’s like a sixth sense tells them to do this. The greener pastures that these Zebras seek are usually at the other side of a river.

It is a river that they cross by swimming across. It’s a risky proposition given that the river currents and the presence of crocodiles who hardly ever pass up the chance of a free meal.

What Makes Them Good Swimmers?

While we will admit that it feels a bit odd applying human idioms to non-human entities, it is what it is.

Zebras are good swimmers because they practice. Zebras know of the cooling effect that water brings and so they seek out water to help them cool off from the heat of the day.

During the rainy season, ponds of water can be found in different places in the Zebras habitat and these animals take advantage of these cooling spots.

They use their hoofs as a sort of paddle in a trot-like motion while keeping their backs rigid and their heads above the water to achieve forward momentum.

They use all their limbs when swimming. Their forelimbs serve as the rudder.

It is this practice that enables them to be ready whenever it’s time to migrate and faceoff against ambush predators like the Nile crocodiles that lie in wait whenever the Zebras attempt to make the trip across the river.

Can A Zebra Drown?

Yes, Zebras can drown. And just to be clear, every other animal besides aquatic animals can drown and the reason is simple.

Aquatic animals have a different set of lungs adapted to life under water.

Besides, while land animals possess noses, aquatic animals have gills which basically serve the same function but underwater.

So, if a Zebra was ever to have its head stuck under water for way too long, it would drown.

This explains why the crocodiles that attack Zebras during their crossing usually seek to drag them down into the depths as they are aware that the Zebras wouldn’t survive prolonged exposure to water.

Additionally, Zebras can drown once they become disoriented.

Remember, we mentioned that Zebras as of instinct migrate across a river in search of greener pastures.

While crossing the river, should they fall under the attack of crocodiles, they may lose their bearing which in turn may lead them to panic.

And once panic ensues (even in humans) they may stop paddling, sink and drown.

Can A Zebra Dive Underwater?

It would seem that Zebras instinctively know that they can’t and so they never attempt to.

They swim across bodies of water whilst keeping their head above them at all times and use their legs and hoofs as paddles.

A Zebra’s inability to dive underwater would also explain why opportunistic predators, like the crocodiles that usually infest the rivers that Zebras have to swim across, as a form of attack, seek to drag down the Zebras into the waters.

They know that the Zebras can’t survive underwater.

So, even when just prancing about in water to cool off from the harsh weather conditions of the African terrains, the Zebra does not dive underwater because it does not have the gills for it.

How Long Can Zebras Swim?

Zebras really enjoy water and can swim for as much 30 minutes depending on the purpose of the swim.

Like we have stated, Zebras are not aquatic animals or even amphibians, for if they were they would be able to stay in water for as long as possible.

For the sake of cooling off, they may spend as much as 20 minutes soaking in water and blowing off steam.

However, when it comes to going across a predator infested river in response to their call of nature, it’s best to say that Zebras swim for as long as it would take them across the river and out of the grasps of the crocodiles.

This may take as much as 30 minutes or even more because several instances exist where, midway through their swim, Zebras have to fend off a couple of crocodiles or battle the raging currents as they seek to push through to the other side.

Can Zebras Swim In Open Seas?

We say “theoretically” because there’s no recorded instance of it happening.

But even at that, what we know of Zebras so far tells us that swimming in open seas is not beyond their capability.

Since they are good swimmers who know how to keep their heads above water, swimming in open seas should not be a difficult task.

However, swimming in open seas may pose certain risk factors for Zebras. For one, given the enormity of the sea, they may get disoriented by fish or over a passing vessel.

For another, Zebras are instinctive swimmers and thus, usually swim with the goal to get somewhere.

So, where would that “somewhere” be when swimming in the ocean? Besides, they may get too far from shore, get tired and drown.

Perhaps, before you encountered this article, you didn’t know that Zebras were above average swimmers.

You had the impression that their only strength lay in evading predators like lions and Cheetahs with quick feet. 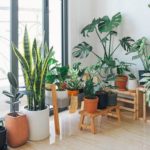 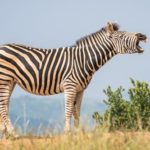