Bees are little insects that have aroused the curiosity of humans over a long period of time.

They are most especially known for producing that sweet substance we all love, honey.

Have you ever wondered about the anatomical structure of bees and whether they have bones like humans, a spine, a heart and other important body processes that enable day to day survival.

Understanding a bees’ body basic processes can be especially helpful to beekeepers and help them in rearing their bees better.

In this article, we will give you an assessment of a bee’s body, what a bee’s body is called and the essential organs they possess for survival.

How Many Bones Are in A Bee?

The most important thing to know about bees is that they do not possess bones unlike we mammals.

Bees are insects and as such belong to a family of insects called the Hymenoptera.

Other common insects we have around such as wasps, sawflies and ants also belong to this family.

Unlike humans bees do not have internal bones, they have an external skeleton rather than an internal skeletal structure.

This external skeleton’s major function is to protect the bees fragile internal structures.

It also serves the job of protecting the bee from pathogens and microorganisms entering the bees body and causing some harm and damage.

This external skeleton is the major structure of a bee’s body that gives it a definite shape and we will proceed to explain how this structure is broken down.

Related: Here is an article I wrote on does vinegar kill bees?

What Is The Body of A Bee Called?

We have established that bees indeed do not have bones within their bodies.

What they have is an external skeleton which gives them support and protection.

This external skeleton is called the exoskeleton and to understand a bees’ anatomy it is important to know how it is broken down.

The bees’ body, like most other insects, is divided into three major regions.

The head, thorax and abdomen. The head is the area that has the bees’ sensory organs such as the eyes, the antenna and the mouth parts.

The thorax is similar to a human’s chest and this is where the bee’s six legs and four wings are located.

The abdomen carries the bee’s internal organs such as the digestive tract and also its reproductive parts.

These three parts basically make up the bee’s anatomy and in the next section we will further break them down and see how they all function together to help the bee in its daily activities.

Why Do Bees Have Three Body Parts?

A bee’s body like that of every other insect is divided into three parts namely; the head, the thorax and the abdomen.

The head of the bee is the part of the bee that has the eyes, the brain and the antennae. The bee has five eyes of which two are similar to those of our eyes.

The other two are called compound eyes and they have  seeing parts. The bee also has the proboscis and mandibles in its head region.

The thorax is the midsection of the bee located between the head and abdomen where the 6 legs and wings are attached.

The legs have hairs which help them in collecting pollen, they serve as a sort of basket in which they can safely carry pollen back and forth.

The abdomen is the area where the bee has a stomach that stores the nectar they collect. This stomach is called the honey stomach.

The nectar the bees collect is stored in this stomach till they return to their colony and transform it to honey.

The bee’s stinger is also attached to the abdomen and that is why bees that have barbed stingers rip out their abdomen when they sting animals with thick skins and try to pull out the stings.

The bee has these three body parts which all serve the bee in one way or the other to carry out its daily functions.

This is the basic structure of a bee’s anatomy and it is most important for beekeepers to understand these little animals.

You can also read up a more detailed explanation of the bee’s body.

Do Bees Have A Spine?

In place of the spine or backbone, insects possess an external skeletal structure known as the exoskeleton which gives them structure and support.

It is important as a beekeeper to be able to affirmatively say whether bees are vertebrates or invertebrates.

Like we said, an invertebrate is an animal that does not possess a backbone. Other animals who are invertebrates include arachnids such as the spider, mollusks and worms.

Of all the invertebrates, insects are the most populous and the bees make up a considerable number of this population.

Bees are also among the beneficial invertebrates as opposed to those who are considered as pests.

Bees are considered beneficial because not only do they perform the role of pollinating flowers, they also produce honey which is a favorite substance of humans.

The fact that bees do not possess a spinal column makes them fragile as you can easily kill or squash them.

The exoskeleton they have is quite delicate and if you plan on being a beekeeper then it is very important that you know how to handle them.

Learning more about the characteristics of invertebrates can also help you handle bees better.

Knowledge of a bee’s structure is important to everyone who has an interest in them ranging from would-be beekeepers to students of etymology to any member of the public who would love to know.

Also here is an article I wrote on why does smoke calm bees?

What Is The Major Use Of The Bones in A Bee?

There are no bones in the body of a bee but they do have an external structure that gives them support and protects them from diseases and microorganisms.

The exoskeleton serves as a strong structure which protects the bee’s delicate internal organs.

According to the .American Bee Journal, the exoskeleton gives the bee its dark color because of its blackish pigmentation in the head and thorax regions.

The exoskeleton also has chitin, which as a polymer of glucose can support the bees weight with little material.

Also, the exoskeleton contains some wax layers which protect the bees from losing water.

These are some of the major functions the exoskeleton serves for the bee which help to protect these complex and interesting social creatures as they go about their daily activities.

Does A Bee Have a Heart?

Since we have been discussing how a bee’s structure is basically different from that of most mammals, the question of whether bees have a heart has risen.

Basically even though insects sometimes have a heart they do not possess arteries or veins.

What they do have is a circulatory system composed of a long tube which has the few organs they possess including the heart, hemolymph, aorta, the dorsal and ventral diaphragms.

This tube runs from the insect’s abdomen to its head.

The hemolymph is a fluid in which all the bee’s organs float and the heart floats in the substance along with every other thing.

Unlike a human heart, the heart of a bee does not carry oxygen, instead the trachea provides oxygen throughout the bee’s body.

The bee’s heart is made up of muscle cells that pump rhythmically allowing the hemolymph to be sufficiently circulated from the abdomen to the head and back again.

Some have also wondered whether insects can have a heart attack like in larger mammas, however the answer is no.

This is mainly because a heart attack occurs when the blood flow to the heart has been blocked by fatty deposits.

However since bees do not have arteries and their hearts swim along in the hemolymph liquid and is surrounded by blood all the time, they cannot have a heart attack.

The bee’s internal anatomy is one that is quite different from the one we are familiar with and is a very interesting study.

We have been able to successfully prove that bees do not have bones but rather an external structure, and how that structure helps them navigate their daily activities.

As a beekeeper, a student of etymology, an avid gardener or just someone with an interest in nature, this knowledge of bees can be important in your daily interaction with them.

As a beekeeper, knowing the basic anatomy of the bee will help you know how to raise and care for the little creatures and get the best out of them. 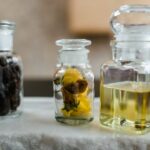 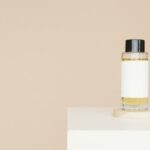