Ever wondered if bees have noses? And how do they breathe and stay alive?

No, bees do not have a nose. They make use of their antenna and their feet to smell. While they breathe through spiracles which are located in the sides of their bodies which lead to the trachea – breathing tubes, and air sacs.

Now, this might leave you wondering how the bee is able to stay alive – breathe, or even smell.

Humans and animals have a nose, which has a nasal passage that allows them to breathe and smell.

If that’s the case, then how does the bee carry out this function without a nose?

Bees make use of different mediums to carry out the functions of the nose.

Amazingly, bees do not have a nose to smell, but their sense of smell is more sensitive than that of humans.

What is a Bees nose called?

The bee’s nose is called the flagellum.

The honey bee does not have the conventional nose that is found in humans and animals, however, it makes use of its antennae to carry out the function of the nose.

The antennae are also known as flagellum and they are not unique to a specific bee, but they are the same in all bees.

The antennae of the bee can act independently.

This means that an antenna can work separately, and this helps the bee locate sweet-smelling nectar in different directions when flying.

The bee has a special structure located on its antenna and it is called Johnston’s organs.

These structures are what enable the bee to detect airflow.

The Johnston’s organ also helps to measures how fast the bee is flying and how far it has flown or is flying.

This is what makes us know that the antenna is important to flight.

Where is a Bee’s nose?

Bees do not have noses. However, they can smell. They smell with their feet and antennae.

Bees, like every other insect, do not have noses with nasal passages.

They breathe through spiracles in the sides of their bodies which lead to the tracheal tubes and air sacs.

Their sense of smell is many times more sensitive than that of humans.

So, we can say that the bee’s nose is located on their head and their abdomen because the antennae can be found on the head of the bees, while their feet are located at their abdomen.

Do honey bees have a nose?

No, honey bees do not have a nose, but they have other structures that function as their nose.

The structures in the bee’s body that function as its nose is the antennae, spiracle which are tiny holes located all over the bee’s body, the tracheal system, and its feet.

All of these parts come together to make up for the smelling and breathing function of the bee.

The Spiracle, tracheal system, antennae, and feet can be used for breathing. While the antennae and feet are used for smelling as well.

What are the functions of a bees nose?

The honey bee has two antennae that are attached to its forehead, which functions as its nose because they have thousands of tiny sensors that detect the smell.

This is because the bee doesn’t have a nose.

The bee uses its sense of smell to identify flowers, water, the colony, and possibly humans.

They also, make use of the antennae to detect feeling. Amazingly, the bee’s antennae work independently.

Bees take in oxygen through the pairs of holes found on their body.

These holes are called spiracles are 20 in total, and they are arranged in a neat line along each side of the body.

The spiracles have valves on them that can control the airflow in and out of the bee’s body.

When oxygen passes through the spiracle, it goes into the tracheal system of the bee which looks like a system of tubes around its body.

The tracheal system links the air from the spiracles with airbags called tracheal sacs.

The tracheal sacs have further connections to the feet.

Throughout the breathing process, fresh air is continually replenished in the body of the bee by the contraction and relaxation of the abdomen.

It is possible for bees to remember people’s scent, although this is not completely known.

According to research by scientist, honey bees can remember the scent of flowers that they visit by allocating different types of memory to it in their tiny brains.

The research was carried out by scientists who tested the left and right antenna of the bees, and it was gathered that bees remember things differently with either of their antennas.

The results of the research suggest that the right antenna and its associated brain structures support short-term memory, while the left antenna supports long-term memory.

Do bees breathe through their nose?

No, bees do not breathe through their nose, because they do not have one.

But this doesn’t mean that bees can not breathe. They breathe, but through a complex structure.

They breathe through their tracheal sacs and spirals.

To breathe, the bee contracts the muscles in its abdomen, then, air that is already inside the body of the bee is squeezed from the tracheal sacs and it goes out through the spiracles.

When the abdomen relaxes the abdomen again, fresh air is sucked in through the spiracles, and then it goes into the tracheal system where is it is distributed through to the head, thorax and abdomen – basically through the body.

No, bees do not have a nose, however, they have other structures through which they breathe. 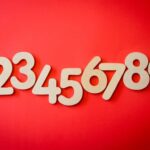 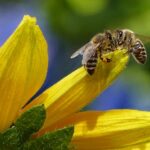