Donkeys can be gentle and affectionate but they can also be used as guard animals to guard other livestock.

Donkeys are able to keep coyotes and other predators away from other farm animals such as sheep and cows.

In recent times, donkeys have become popular farm guardians used by farmers to protect livestock for a number of reasons.

They are hardy and not flighty unlike horses. They also have great eyesight which enables them to easily spot the predators.

If you have been thinking of adding donkeys to your menagerie, then this article will explain how and why donkeys make the perfect guardians for your other livestock and how they deter the predators.

How Do Donkeys Deter Coyotes?

Donkeys have an innate dislike of canine animals which include coyotes, dogs, bears, wolves and other predators.

They do not hesitate to run off and kick coyotes and drive them away.

Once the coyotes notice there is a donkey on the farm, they learn to keep their distance and stay away.

When a donkey encounters a coyote and feels threatened, it will not hesitate to attack the coyote.

It’s major form of attack is the use of hooves to repeatedly stomp on and attack the coyote till it dies.

They are also known for biting the coyotes as a way of attacking and deterring it from harming the livestock.

If the livestock herd is large and on a widespread expanse of land, it is better to have several donkeys on guard duty to help them better protect both themselves and the herd.

One donkey can ward off a single coyote, however if the coyotes come in packs, the donkey will be overpowered by the coyotes and injured.

Most times when donkeys are to be used as livestock guardians, they will be raised together with the livestock so they can bond with the other animals.

Some ranchers prefer using female donkeys or gelded males as their livestock guard.

The reason for this is that male donkeys can be over protective and also act aggressively towards the herd they are supposed to be protecting which might even lead to injuries among the livestock.

Related: Here is an article I wrote on are apples bad for donkeys?

Why Do Donkeys Hate Coyotes?

Donkeys have had centuries to build an innate dislike of canine animals such as wolves, bears, wild dogs and coyotes among others.

When the donkey comes across such predators, the normally gentle donkey gets angry and will chase them and run them off from its surroundings.

This disposition of the donkey has made it a great choice of guard animals for farm livestock.

Aside from that, its sturdiness also makes it reliable for the work.

Even though closely related to the horse, unlike the horse that will panic and run at the sight of danger the donkey will watch and then chase off the predators or make calls for help by it’s popular braying sound.

Coyotes sometimes feel donkeys would make a tasty meal and overtime the donkeys have learnt to defend themselves and as such there is no love lost between the two species.

If properly managed, the donkey will make an exceptional guardian for livestock animals.

Can A Donkey Kill A Coyote?

Coyotes are also not fond of donkeys as much as the donkey dislikes them.

As such once they sight a donkey in a livestock farm they would not go near a farm.

However if a lone coyote is unfortunate to enter the sheep flock being guarded by the donkey, the donkey will chase it off, running after it till it gets away.

In other cases the donkey might get physical with the coyote and if the coyote fails to make its getaway, the donkey will bite it repeatedly and kick the coyote with its hind legs.

This can lead to severe injuries and death for the coyote. Coyotes cannot suffer tooth bites and usually when it loses it goes off to die.

Some farm keepers come back to find their donkeys standing over the carcass of a slain coyote and this has helped the donkey’s reputation as an effective guard animal for livestock.

Will A Mini Donkey Keep Coyotes Away?

There are various sizes of donkeys according to breeds and the mammoths are the largest and tallest, sometimes growing as tall as 13.5cm.

There are also standard sized donkey and mini donkeys.

Mini donkeys are lovable and cute and will also serve the purpose of guarding some animals and livestock on your farm.

However it is important that the animals the mini donkey is guarding are much smaller than it so it doesn’t get hurt from them or other predators.

Some animals a mini donkey should be allowed to protect include:

You can also read up on mini donkeys and the kind of animals they can guard easily as compared to larger donkeys.

Usually mini donkeys can scare off a coyote however they shouldn’t be used as guard animals alone as two coyotes or a pack can easily cause harm to the mini donkeys.

A donkey being used as a guard animals for farm livestock should be of standard size or larger like a mammoth.

Also check out this article I wrote on can donkeys eat cantaloupe?

Do Donkeys Protect Livestock Against Predators?

Amongst other livestock guardians donkeys are becoming quite a popular choice for livestock farmers.

The donkeys can develop quite a relationship with the other animals and this is especially strengthened when they have grown up together and have developed a bond with them.

The donkeys feel quite protective of the other animals and will not hesitate to protect them when there is a threat.

Donkeys rely on their strong eyesight to quickly detect predators.

They also have strong hooves with which they kick and stomp on any predator they come across, especially coyotes. They can also attack with their teeth

Unlike guard dogs too, they do not patrol the perimeter nor do they dig up around. When they feel a threat or predator they can’t handle, they beat loudly to call the farmers attention.

Once this has happened a few times, the sheep and other livestock will see the donkey as a protector and will gather close to it once there is a predator around.

How Do Donkeys Protect Themselves From Predators?

A donkey’s first instinct towards canines and other predators is to act aggressively and they will not hesitate to dish out blows and kicks and also bite the predators as long as they feel threatened.

The donkeys and horses are both equinine animals and even though they are related and quite similar in some cases, they have some differences.

The horse’s first instinct at the sight of danger is to panic and run.

The donkey might seem slow because he will stop to stare and decipher what the problem is.

They are alert, have sharp hearing and they have good eyesight.

Because they have a wider set of eyes, they can see farther back and have a wider range of vision which helps them easily detect movement farther behind them.

When they encounter a predator they can’t handle, they will bray loudly to alert the livestock, other guard animals and the shepherd to get help.

This helps them to make good livestock guards. If they grow together with the herd, they will feel protective towards them and try to keep them safe.

Most donkeys are able to hold their ground against a predator as they will chase them off but if the canines are in packs, the donkey will need to get help to avoid being seriously injured or killed.

Donkeys can be kept as affectionate pets especially if you decide to purchase a mini donkey.

However they are effective guard animals and they are will do well when set to protect your sheep or other farm animals.

Donkeys are easy to keep and amazingly they are long livers, i.e they can live up to 30 or 40 years of age with good feeding and maintenance.

If you have been experiencing predator trouble, then you might want to consider getting a donkey on your farm. 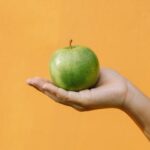