But do ducks burp for real?

Well, they might! Birds of all species have a gastrointestinal tract, right?

Well, that’s proof enough that they’re going to expel air in some way or the other.

If your duck is burping all of a sudden, you may not know what to do about it.

However, it’s vital that you do.

You see, when a duck burps, it’s usually an indication that there is something unusual going on in its digestive system.

So, understanding the phenomenon will help you take the right measures.

How Does A Duck’s Digestive System Work?

To understand why a duck is burping, you must understand how its digestive system works.

This is because if you know the usual mechanism, you’ll be able to figure out what’s wrong with it and where.

You may think that a duck’s digestive system is very much like ours.

But that’s not entirely true; there are some significant differences.

First of all, it starts with a bill.

The bill has a very specific design meant for acquiring particular food types.

Ducks usually have a short and narrow bill, which are good for grabbing seeds and acorns.

Next, the tongue moves the food through the duck’s oral cavity into their esophagus.

This part is pretty similar to the human digestive system, but there’s one significant difference: a duck’s esophagus has more storage capacity.

These animals usually have to “eat and run” due to the constant fear of predators.

Thus, this extra space allows them to grab more food inside their mouths and run.

The next stop is the glandular stomach, which also goes by the name “proventriculus.”

Once a duck ingests food, it goes through its upper digestive tract and moves into the gizzard.

This organ is thickly muscled and acts as the bird’s teeth.

It also holds small stones or sand, which, to our surprise, are supposed to be there.

Is Excessive Burping A Problem for Ducks?

Your duck can make burping sounds for many reasons.

Some species tend to do it as a social display.

For example, the male ruddy duck has the habit of cocking its tail over its back, inflating the lower neck, and beating on them with its bills, which are bright blue.

This action produces a chirpy, chitter sound that ends in a burp.

Many male ducks also use it as a calling or initiation of courtship to attract female ducks.

But while this is all normal, is excessive burping a good thing?

Not really. Burping or regurgitation could potentially be a result of certain diseases and infections.

Moreover, feeding large portions of food or big seeds to the duck can also result in regurgitation and burping.

Why Is My Duck Making Weird Noises?

Ducks make all kinds of sounds for different reasons, but not all of them are abnormal or something to stress about.

In theory, they do this to let others know that they have found a mate and they’re claiming their spot to make a nest.

Similarly, mother ducks sometimes use quacking noises to communicate with their ducklings.

The young babies hear their mother’s quacks and come to her.

Quacking can also be a communication route among groups of ducks if they’re angry or in a very chirpy mood!

However, if the bird makes weird noises that sound similar to gagging, coughing, or sneezing, refer to a professional as soon as possible.

It may be a respiratory disorder or blockage that needs to be looked at right away.

Are There Other Birds That Burp?

In general, birds can burp.

The food material passes through their stomachs into their intestines.

However, sphincter muscles in birds separate the small intestine from the stomach.

These muscles can be tough to relax when they’re being pushed on by food inside the intestine.

This sphincter also prevents the food from moving back into the stomach.

So, if toxic substances have already passed through the stomach, it can be tough to regurgitate them.

Birds typically burp up anything that their body doesn’t like before it moves down into the intestine.

There’s a difference of opinion on this matter.

Some say that ducks are capable of releasing gas, but they don’t have an internal sphincter.

It means that the gas released cannot be controlled or inhibited.

Other specialists argue that since ducks don’t have stomach bacteria required for farting, they’re not capable of it.

So, overall, there are quite a lot of perspectives on the topic.

However, there’s no concrete evidence just yet.

Can All Birds Fart?

Technically speaking, all birds have an anus.

Having an outlet means that they have the opportunity to pass gas.

But there’s no scientific evidence to prove it so far.

Many argue that birds don’t have the gut microbes required to enable flatulence (farting), so they’re incapable of it.

Others disagree, saying that they’ve witnessed the duck passing gas that smells.

One theory says that birds are evolutionary descendants that come from dinosaurs.

Since some of the dinosaurs used to eat plants, they might have required gut bacteria to break down these fibrous herbs and generate the gas.

The bird descendants may own those bacteria as well.

But even though they were capable of it initially, they’ve lost the capability over the years.

While it does sound compelling, this theory also lacks evidence.

So, there’s still ongoing research and studies on the topic.

Ducks are very much capable of burping, and they do, but it’s not always a source of concern.

They may be doing it for attention or communicating with other ducks.

If it’s excessive and your gut feeling isn’t great, get your bird checked by a specialist.

They’ll be able to identify any abnormalities in the digestive tract, and you can treat the problem accordingly.

That being said, ducks can definitely pass gas.

Whether they do it from their mouths or through their anus is still under research. 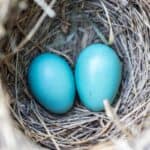 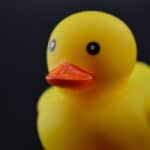