While humans have hair, animals are said to have fur.

Fur coats the animal skin and protect them from sun.

It also keeps them warm.

Not all the species in the animal kingdom however have furs.

Do ducks have fur? Ducks do not have furs. They have feathers which helps keep them warm, helps them float on water and is also very important during mating. Duck feathers are very important to them.

Birds do no have furs.

And since ducks are classified as birds, they do not have fur.

What do they have instead?

Just like all birds, ducks have feathers instead of fur.

Their feathers are divided into contour, flight and down feathers, which have its different unique uses.

The contour feathers are waterproof and keeps them from drowning, the down feathers keep them warm and the flight feathers on their wings enables them to fly.

What are the uses of feathers for ducks?

Ducks’ feathers are very important to them as it is a means of survival. Here are a few of its uses to them.

1. Helps them float on water.

Ducks are also called waterfowls as they love to be in or around water always.

They have waterproof feathers which enables them to be able to survive and float inside water.

These feathers is what ensures that they do not drown.

They coat their feathers regularly with oil produced from their “Preen gland” to keep the feathers waterproofed.

In addition to not getting drowned, these waterproof feathers also ensures that they do not get wet, so they are in no danger of getting cold.

Below their waterproof feathers are soft fluffy feathers which are called down feathers.

These feathers keep ducks keep warm during winter and when it is cold.

So you don’t have to worry about the health of your ducks during winter as their feathers will provide adequate protection.

3. It serves as Protection from predators.

Female ducks use their feathers to protect themselves from predators.

Their feathers are usually dull and brown which is a nice camouflage.

They can hide themselves in bushes and grasses undetected when they sense predators.

They can also use it to protect their young.

4. It is important during mating.

They use their feathers to attract female ducks for mating during the mating season.

How do ducks grow feathers?

Most ducks molt yearly, that is once in a year.

However the male ducks called drakes molt like twice in a year.

Molting is the process of shedding old feathers to grow new ones.

Ducks’ feathers is very useful and important to them so there’s a need to always make sure it’s in good condition.

During the course of the year, the feathers go through a rough patch or a series of wearing down.

It gets beaten by rain, sun, gets picked by other ducks or birds etc. so it gets broken or crooked.

This is why ducks need to molt. Broken or uneven feathers can’t protect them during the winter.

They usually molt during spring or mid summer.

So if you wake up one morning to a coop full of feathers, don’t fret, don’t get scared.

Don’t even think predators first, your ducks are probably molting.

During molting, female ducks shed all their feathers except the down feathers.

The wing feathers and tail feathers all drop leaving them unable to fly at all.

The male ducks usually molt after the main breeding season.

After the mating period and the females are nesting, the male ducks shed their ducks and grow dull brown feathers like the female ducks.

It helps them camouflage and hide from predators during molting.

This is called “eclipse plumage”.

During the fall or winter, the male ducks also molt. They shed their brown feathers for brightly colored ones in preparation for the mating season.  This is  called the “nuptial plumage”. These feathers will help them attract the female ducks.

What are duck feathers made of?

Duck feathers are made of keratin; a proteinous fiber.

The keratin found in duck feathers is similar to that in wool, but the fiber is smaller so it can absorb more moisture.

It can be used to make pillow stuffing’s, feather fans, diapers etc.

The fiber also contains properties similar to cellulose, the starch in wood and paper, so duck feathers can be used to make papers.

Duck feathers are quite edible for animals.

Remember I said duck feathers are made of keratin?

Well keratin is about 87% protein, give or take.

You have to know however that animals cannot eat duck feathers in its raw content because of the high level of keratin present in them.

Duck feathers go through a process called hydrolysis in order to make them easily digestible for animals.

Hydrolysis breaks the bonding of amino acids present in the keratin into smaller proteins through a heating process.

The end result is an healthy diet that can be used as pet foods.

Your pets however cannot depend solely on this diet because it does not contain all their nutritional needs.

It does not even contain all the required protein that should be included in their diet.

So it should be treated only as supplements.

Duck feathers are also used to make L- cysteine which is usually present in baked foods like bagels and tortillas.

When a duck is sick, there are chances the feathers are also infected, so handling them can be dangerous.

You can decrease the chance of this by ensuring your ducks live in a clean and safe environment.

The epidermis of their feathers can also carry salmonella germs.

Duck feathers from a duck that died of flu or other diseases should be handled with care because they are more dangerous.

Duck may not have fur but their feathers are equally useful in keeping them warm and protected from cold.

Their feathers also give them the advantage of flight that fur animals don’t have.

They take care of their feathers by preening and molting to keep it in shape and in order.

Adequate care should however be given to them so they can stay healthy and their feathers  can be free from infection. 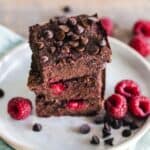 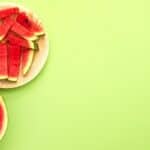