Eagles are powerful birds of prey who are carnivorous in nature i.e. their diet is predominantly meat.

However, despite being meat eaters, eagles do not have teeth like humans.

This begs the question of exactly how eagles are able to successfully eat, swallow and digest the animals they kill.

Eagles are able to eat their food by using their strong beaks to rip the meat apart and push the chunks down their gullet.

In today’s post, we will discuss whether eagles have teeth, how they chew their food, if they have a crop and gizzard and how they use their beak.

Do Eagles Have Teeth?

Eagles do not have teeth. When eating their food, they make use of their sharp beak and strong neck muscles to rip the food into small pieces they can swallow.

Most birds do not have teeth, what happens is they swallow their food whole and their gizzard crushes the food to enable digestion.

The gizzard of the bird can grind almost anything including shells of small sea animals.

For the eagle, the sharp beak is a very important aspect of its life, without a sharp beak it would not be able to tear the meat enough to swallow meaning it would have to starve.

How Do They Chew Without Teeth?

Eagles do not chew because they do not possess teeth. Unlike humans who chew their food before swallowing, the eagle rips apart the meat into small pieces and then swallows it.

Eagles are carnivorous and feed on both life and dead meat. We see their hunting prowess in the wild.

Because eagles do not have teeth they possess two major structures that help them in food eating and digestion.

First is their sharp beak. The beaks serve as an avian fork for them.

Once they have caught the animal and settle down to eat, the beak does the work of ripping the meat apart into small pieces.

It is aided by strong muscles in their neck.

After swallowing, the food goes down to their gizzard where it is ground up and digested and any indigestible materials are sent out.

Related: Here is an article I wrote on Do eagles have hair

What Are The Uses Of An Eagle’s Beak?

As we have established, beaks are very important for eagles daily survival.

The beaks are structures grown from keratin. Human fingernails, the birds of beaks and their claws are also made from keratinous material.

The keratin provides strength and a glossy look to the beak. The eagle has to constantly keep the beak sharp to avoid overgrowth, just like our fingernails.

The process of sharpening and cleansing the beak is called feaking. The eagle wipes the beak alternately back and forth on a rock or tree limb.

Apart from using the beak in catching prey and eating, another important task eagles use their beaks for is nest building.

Eagles are monogamous in nature and once they are paired up with a mate, they begin the process of building a nest.

They use their beaks to carry suitable sticks to the nest site, till it is built to their satisfaction.

Preening is the process where birds maintain their feathers by using their beaks to arrange their feathers, clean their plumage and keep ticks in check.

Eagles beaks are very important to them and they can’t survive without them.

Eagles have a crop like most birds and this is an important organ that aids them in digestion.

The crop is a thin walled part of the alimentary tract which is used by birds to store food before they are digested.

When there is abundance of food, eagles can gorge themselves on up to 2 pounds of food and store it in their crops.

The food is able to remain in the crop for sometime so the eagle is able to go several days without having to eat.

Do Eagles Have Gizzard? What Is It Used For?

The gizzard is another important structure in the digestive system of the eagle.

We humans do not have a gizzard because our food is cooked and chewed and as such easily broken down.

Since the eagles do not have teeth they had to develop an highly efficient digestive system to enable them to successfully break down their food.

The eagle’s gizzard is designed to do the food chewing on their behalf since they don’t have teeth.

The digestive process starts with the eagle swallowing the food down esophagus to the crop and this is aided by saliva or water.

The crop in turn passes the food in smaller pieces to the proventricular which uses stomach juices to break down the food then off it is to the gizzard.

The gizzard then grounds the food even more, separating the indigestible materials and forming them into pellets which are regurgitated through the eagle’s mouth.

The digested food is sent to the intestine from which they are absorbed into the blood.

The purpose of grit in a bird is to enable their digestive system to further break down their food.

Grit or small stones serve as a form of teeth to chew their food in the gizzard.

This grit is not digestible and can remain within the gizzard for years before they are worn down and passed out as stool.

Since eagles and most birds of prey have a strong gizzard and stomach acids that help them in digestion of food, they usually do not need grit to aid their digestive processes.

However, they still need grit as they are usually seen swallowing pebbles or small stones.

They use the stones to clean the lining of the crop as their diet is high in fat and this leads to a buildup of greasy fat in the crop.

The stones do the work of scouring out the fat and they are usually covered in grease when they get passed out.

Do Eagles Need To Eat Rocks?

Eagles do eat rocks for the main purpose of cleaning their crop to avoid a build up of fat.

If the fat is left on its own, it would cause indigestion problems to the animals over time.

Eagles are not the only birds that eat rocks, quite a number of animals and birds eat small sharp rocks to aid their digestion process.

Some use them to help their gizzard break down the food while raptors like eagles and falcons use it to scour their crop lining of greasy fat buildup.

Humans do not need to do this because one our food has been cooked and the process of chewing has broken down the food to a reasonable extent.

The eagles who have to eat their food raw however require the rocks.

These rocks are known as gastroliths and they have been found in the digestive systems of animals, even prehistoric ones.

The gastroliths remain in the stomach until the process wears down the sharp edges.

Once the rocks have lost their sharp edges, they are passed out as stool and the eagle then ingests a new set and the process begins all over.

Eagles do not have teeth and yet they are carnivorous in nature. They eat their food by using their powerful beaks to rip the meat into pieces and swallowing them.

The food goes into the crop where it can be held for some days or passed down in smaller pieces to the gizzard.

The gizzard grinds up the food with the aid of grit which serves a form of pestle to pound the food.

The food is then sent into the intestine and absorbed into the blood.

Eagles beaks are very much important to their survival and daily living and they use it for important tasks such as preening, eating, catching prey and building there nests. 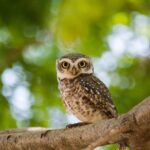 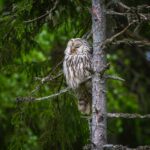