Eagles are great hunters and due to their impeccable eyesight and strong talons they are able to spot prey and make swift kills from long distances.

The eagle’s eyesight is significantly diminished at night so they cannot see well enough to stalk their prey in the dark.

They often spend their early mornings and dusk periods hunting so they can sleep at night.

This article will explain why eagles do not hunt at night, what time of day they hunt for food, whether they have night vision and where they go at night.

Do Eagles Hunt At Night?

Eagles do not hunt at night because they are mainly diurnal in nature. This means they are not active at night.

They spend their day hunting and scavenging for food and then retire to the nest to sleep at night.

During the day, the eyes of an eagle are very keen and can see four times the distance an human eye can view.

They can also see color very clearly. This near perfect eyesight enables the eagle to see prey from long distances.

That is why an eagle can spot a fish under the water while still miles away in the sky. Even seeing fish underwater while standing in front of a river is sometimes difficult for human fishermen.

However at night, their vision is reduced to the ways humans see meaning they are not able to see prey enough to kill them. They retire to their nests at night to sleep.

What Are The Reasons Why Eagles Hunt At Night?

Eagles do not hunt at night as they are diurnal animals. They carry out all their hunting during the day and are even more active during the dusk hours so they can get the best out of the fading daylight.

Even during food scarcity, eagles are able to stay weeks without food by holding food in their crop.

They can gorge on enough food to keep them for a long while during the day so they don’t have to hunt at night.

At night the brave hunters will remain in their nests or perched on tree branches to sleep.

This doesn’t mean however that they will not defend their territory if they feel an intruder.

They will attack ferociously, slashing with their talons whether by night or by day.

Related: Here is an article I wrote on how eagles sleep

Are Eagles Active At Night?

Eagles are not active at night because they are diurnal in nature. They spend their daytime being active.

Eagles are up with the sun and spend their hours from 7am to 11am actively hunting for food.

During the afternoon periods, they are seen soaring in the sky but this doesn’t limit their hunting as they can hunt at any time of the day.

Their hunting activities are increased by evening periods as they hunt to find food for the night.

This means by 7pm, the eagles are already in their nests or perched on trees preparing to sleep.

At night, they feed their young, preen themselves and sleep.

What Time Of The Day Do Eagles Hunt For Food?

Eagles can hunt for food anytime during the day. They are however more active in the early hours of the morning.

Eagles are usually up with the sunrise and are actively searching for food from 7am to about 11 am.

Hunting activities decrease at this period as the eagles are trying to digest their food or rest.

Activities pick up in the late afternoon as the eagles hunt for dinner and by 6pm most of them are on the way to their favorite trees or nests.

They also use the falling darkness during dusk as an advantage to take cover while being able to hunt their prey successfully.

They do not hunt at night because they are not able to see well in the dark to hunt prey.

Can Eagles See At Night?

Eagles even though they have one of the best eyesight during the day cannot see well at night.

They can see at night but they do not have the capability to see well enough to hunt for food.

Once the darkness falls, the eagles will rarely involve themselves in any outside activities. They rarely go out of their nests or off their perches at night.

This enables them to rest, preen and prepare themselves for the next day. They also take the time to feed their young fledglings and settle them down to sleep.

Do Eagles Have Night Vision

This enables them to see in clear vision what looks blurry ro humans from a distance. This eyesight makes them one of the fastest and strongest hunters and predators the world over.

This daytime vision doesn’t extend to night time though, as darkness falls so does the efficacy of the eagle’s vision.

The eagle unfortunately doesn’t have night vision and as such retires to it’s nest at night.

The eagle’s vision at night is close to or even worse than the way humans see. This means the eagle loses its best weapon to attack and catch prey.

The eagle can see well enough to defend it’s nest or territory from an intruder but other than that it spends the night sleeping.

Where Do Eagles Go At Night

Eagles go to roost at night. Once it is past dusk and the eagle has used the last daylight hours of hunting for dinner, it flies back to its resting location for the night.

Eagles can choose to sleep in their nests or on trees at night as long as the location is comfortable.

During the breeding season, the eagle goes back to it’s nest to lay on its eggs or care for the young.

Outside the breeding season however, when the eagle is not roosting at it’s nest, it can choose a tall sturdy tree to perch on or find a comfortable cave.

During the winter periods, eagles usually congregate in large numbers and they have established roosting spots where they come to sleep.

They are up again by sunrise and get active during the day.

Are Eagles Nocturnal Or Diurnal

Eagles are diurnal not nocturnal in nature. They are active during the day, they feed, hunt, teach their young and carry out any other activities during the daytime.

They have an impeccable daytime vision but they are not equipped for nocturnal activities as their vision drops at night.

Other large raptors like the hawk and falcons are also diurnal in nature like the eagles and will also retire to sleep at night.

The owl is one of the few nocturnal birds of prey and they are equipped with the eyesight to hunt at night.

After seeing the eagle perform their incredible hunting prowess during the daytime, one would think it would extend into the nighttime.

However this is not the case as the eagle is unable to see well enough to hunt during the dark hours.

They are diurnal birds and as such cannot see well at night. The eagle hunts during the early hours of the morning and at dusk and then retire to their perches or nests for the night. 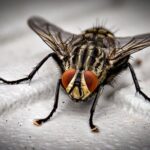 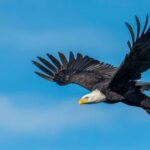