Have you ever seen an owl? I’m sure the first thing you’d notice is their eyes. You may also notice ears right at the tops of their heads.

Well, what you may consider as their ears are Ear Tufts. These are seen on certain species of owls. And, they are feathers rather than ears.

An owl’s ears have no outward structure. They are virtually invisible. Their ears are concealed behind the ruffs of their feathers. And they usually look like a small tube.

So with that being said, do owls have good hearing? Do they hear anything at all? Let’s answer that.

Do Owls Have Good Hearing

These unique birds also have face anatomy designed to detect noises. They have what’s known as a face disk.

The ridges of small hair-like feathers that rim the owl’s face form the disk.

You may have guessed correctly by now. The face disk is more like a hearing aid. With it, Sounds are directed to the owls’ ears.

How Good Is An Owls Hearing

Owls are well-known for having extraordinary hearing abilities. They are capable of detecting prey noises buried under leaves, soil, snow, and plants.

Some owls have asymmetrical ears. This helps them determine the exact position of their prey.

Some others have face structures designed specifically for hearing. A hunting owl will direct its strike based on the sounds emitted by its target.

When compared to humans, these birds are more efficient in gathering noises.

An owl’s ear, like that of mammals, is divided into three parts. Let’s take a peek at how an owl’s ear works.

• The outer ear is an air-filled tube in the ear. It channels sound to the eardrum.

• Sound waves from the eardrum are transmitted through the bone to another membrane. This is done via the air-filled middle ear.

• In the inner ear, the vibrations from the columella are transmitted to a fluid-filled chamber. Hair-like cilia in the chamber transform vibrations into nerve impulses that receptors transport to the brain.

For example, have you ever tried cupping your hands over a surface to improve your hearing?

That is how an owl’s face disk aids in the transmission of sounds to its ear. They shift their faces around to hear what is going on around them.

Other fascinating facts regarding owl hearing will spark your interest. Some of them include:

• Owls have eyes that help their listening abilities. The wide, spherical structures around an owl’s eyes aid in sound wave collection.

• An owl’s beak is flattened to prevent interference. The beak of an owl is angled downward.

• An owl’s eardrum is bigger than that of other birds.

Related: Here is an article I wrote on why owls click their beaks

How Far Away Can Owl Hear?

During hunting, we can all agree that animals, despite having an excellent vision, cannot see through objects.

This is why owls rely so heavily on their acute hearing. It aids them in determining the precise location of prey before moving in for the kill.

Owls can hear at 5kHz frequencies. They can also hear prey that has been buried as deep as 5 feet in soil, snow, or leaves.

Owls can also detect the most inaudible noises made by their prey.

Why Do Owls Have Asymmetrical Ears?

Asymmetric simply means having parts that do not correspond. Some owl species have asymmetrical ears.

Owls have ear holes that are located directly behind their eyes. Because of this, their ears are extremely important to them.

They have a higher left ear opening than a right ear opening. As a result, this one-of-a-kind characteristic enables for simple detection of prey.

During flight, the left ear gets sound from below, while the right ear receives sound from above.

Do Barn Owls Have Good Hearing?

Barn owls have a strong hearing sense. According to studies, they can employ sound frequencies of more than 8.5kHz.

Owls’ hearing is often more sensitive than that of other birds. However, barn owls’ hearing exceeds that of the majority of other owl species.

Barn owls have been observed detecting and killing prey in complete darkness. They rely on their acute senses for efficient hunting.

They also have delicate feathers that let them fly softly while listening for prey sounds. Because of their one-of-a-kind skill, they are excellent hunters. Their existence is based on their ability to hear.

Also check out this article on why owls camouflage

Do Snowy Owls Have Good Hearing?

Snowy owls, like all other owls, have excellent hearing. These distinctive birds, like their names, are a sight to behold.

If you’ve never seen one, I’m sure you desire to right now. Even non-birders are captivated by them.

Snowy owls are huge, strong, and gorgeous birds. However, they have frightening eyes.

These birds have an abundance of feathers. This explains why they are so heavy. Their many feathers also help to keep them warm in the winter.

Do Owls Have Good Memory?

There isn’t enough evidence to say if owls have a good memory. But, these birds are quite intelligent.

I’m sure you’ve heard the saying “as wise as an owl.” Are owls, however, truly wise?

According to recent research by psychologist Satoshi Kanazawa, nocturnal owls are more intelligent than diurnal owls.

Another study found that these birds are unable to perform some brain-related tasks. Other birds, interestingly, have been found to execute these tasks effortlessly.

Furthermore, these are tasks that do not need human instruction. Animals may naturally carryout these tasks without being trained by humans.

However, this does not imply that owls are dull. Remember that these birds have excellent hunting abilities.

That alone makes them stand out. So, we can say that owls are intelligent in their unique way.

Which Owls Have Ear Tufts?

Have you ever noticed how certain owls appear to have ears on the top of their heads? As previously noted, those are not ears, but rather ear tufts. And it is only present in some species.

The ear tufts of owls are sometimes referred to as horns, which impact their names. There are approximately 139 species of owls, with roughly 50 of them having ear tufts.

Do you want to know what ear tufts are?

Ear tufts are feather-covered skin protrusion. They have a striking similarity to mammalian ears.

They are, however, unconnected to the animal’s hearing.

Have you ever wondered why, despite being shaped like an ear, this tuft has nothing to do with an animal’s hearing?

Let’s shine some light on the situation to help your curiosity.

• Ear tufts can be utilized as a kind of camouflage. Owls with ear tufts may use them to make themselves look larger. This technique has the potential to deter predators.

• Ear tufts are also utilized by owls to communicate with one another. When they are out in the open, they puff out their tuft to indicate their position.

• Ear tufts aid in the identification of owl species by birders and scientists.

However, the specific purpose of an owl’s ear tuft has yet to be determined through research. Let’s have a look at some of the species that have ear tufts now.

The Great Horned: They are indigenous to the Americas. They are medium-sized owls. They have a thin face shape but large ear tufts.

Their ear tufts are widely spread and pointed outward. They are often renowned for being fearless and aggressive. As a result, these owls are known as Tiger owls.

Long-Eared Owl: Also known as the northern long-eared owl. They are common and are quite likely to be seen in Ireland.

They have ear tufts that stand close to one other and are erect, unlike the Great Horned Owl.

They appear long and slender because of these ear tufts.

Eurasian Eagle Owls: These owls are primarily found in Eurasian. They are one of the world’s biggest owl species. These magnificent birds are well-known for their magnificent ear tufts and orange eyes.

Lesser Horned owls: They are also calledMagellanic owls. They are big birds with ear tufts that are thin and pointed.

Owls have little ears concealed under their feathers. They do, however, have a fantastic hearing sense. This keen sense of hearing is what makes them such excellent hunters.

They also have asymmetrical ears, which allow them to hear more clearly at different frequencies.

Some owl species also have what is known as an ear tuft. Ear tufts can be mistaken for owl ears.

But, in reality, it isn’t. Great horned owls, Lesser Horned Owls, and Eurasian Eagle owls are examples of species with this distinctive trait. 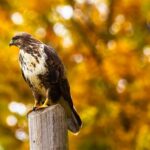 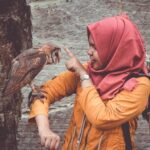