Penguins are unique aquatic birds. They are usually found in the Antarctic. Amazing these cute-looking birds are carnivores.

In other words, penguins are predators.

These birds are usually found in water and around water. They prey on smaller sea animals like fish, crab, krill, and squid.

This would make one wonder how these birds devour flesh. Hence the question, do penguins have teeth? I am sure you want to find out, so keep reading.

Do Penguins Have Teeth?

Penguins do not have teeth. Generally, birds are toothless creatures.

You’re probably wondering how penguins chew, aren’t you? Well, penguins do not chew their food.

Since birds lack teeth, they also lack the ability to chew their food. Instead, they swallow their food.

However, penguins have tiny tooth-like structures on their tongues and palate. These structures are soft keratin spikes called papillae.

However, this papilla isn’t used for chewing. Rather, it aids these birds in swallowing their foods.

When a penguin grabs slippery food, the food will only move in one direction. Then it goes straight down the throat. This is how the papillae work.

It may interest you to know that all animals with tongues have papillae on their tongues.

Humans are not exempted.

However when compared to other living creatures, that of a penguin is pointed and very pronounced.

Related: Here is an article I wrote about can penguins freeze to death

First off, let’s understand what a bite is.

A bite according to the oxford dictionary, happens when one uses the teeth to cut into or through something.

So in the real sense, penguins can’t bite. These birds cannot bite because they do not have teeth.

However, this attack is very rare. Penguins aren’t the everyday birds we see around us. So this makes their attacks on humans very uncommon.

However, using their sharp beaks, they can nip or peck on a humans hand or foot. This is what most persons refer to as a “penguin bite.”

The beaks of penguins are quite long. It has a hook that can pierce a person’s skin. This however can cause bleeding in severe cases.

Penguins can bite for a couple of reasons.

Just like every other bird, they can bite when they’re tired, stressed, injured, and when it feels threatened.

Therefore, if you get too close to their nest during their nesting season, they might attack you.

Penguins attack by pecking at intruders with their beak and slamming them with their wings.

Nonetheless, these birds are sociable, and quite friendly to humans. Penguins have more predators in water than land.

Hence, they feel safe on the land and around people.

How Many Teeth Has A Penguin?

Penguins do not have a single tooth. They are toothless. They only possess a papilla which aids them in swallowing.

However, penguin chicks have what appears to be an egg tooth. this is not a real tooth by the way.

Rather, it is a sharp bump located on the top surface of the bill. Baby penguins use this to break the egg when hatching.

Do Penguins Have Tongues? What Is It Used For?

Penguins do have tongues. However, When compared to other birds, they have distinctive tongues.

Their tongues are covered in spikes called papillae. All birds have papillae however, theirs are quite noticeable.

Penguins are known to have a terrible sense of taste. They can only detect sour and salty flavors.

In addition to tasting soar and salty things, penguins use their tongues for other purposes.

Generally, penguins use their tongues to grip krill or fish as they enter their mouth. As stated earlier, the presence of papillae helps them swallow their slippery food.

Do Penguins Chew Their Food?

No, penguins do not chew their food. A penguin’s mouth has a bill and a tongue but no teeth. As a result, chewing is impossible for them.

Despite their lack of teeth, their tongue and throat have fleshy spines that prevent victims from fleeing.

Birds have specialized bills to help them take bites, but they do not chew like humans.

Instead, birds will swallow food whole.

However, they would break food into smaller pieces if it’s too large or awkward to swallow.

Yes, penguins eat rocks. Weird right? Well, these birds eat and swallow small rocks. However, they do not digest these rocks.

Instead, these rocks help them digest harder foods like crustaceans.

According to research, rocks grind down these foods into tinier pieces. This helps the penguins to digest these foods.

Who would have thought rocks could do that, right?

Because a penguin has no teeth, food is swallow whole and goes straight into the stomach.

The nearly digested food then travels to the intestines, all remaining material is extracted and exits the body via the cloaca.

However, king, macaroni, and rockhopper penguins have been spotted swallowing stones deliberately.

These species can swallow a large number of stones most of the time.

Research has shown that they swallow rocks to reduce buoyancy while diving or to alleviate the sensation of hunger.

What Do Penguins Eat?

Penguins are carnivores. Carnivores mostly eat meat or the flesh of animals.

The Carnivore Diet is a restrictive diet that only includes meat, fish, and other animal foods like eggs and certain dairy products.

These birds are all carnivores and consume only meat. Different types of penguin species do show a preference for certain foods.

However, in harsh conditions, penguins may try to eat other types of foods such as insects.

But all in all, they won’t consume any plant matter and will stick to a carnivore diet.

Do you want to know the cool list of foods penguins eat? Here they are;

A large portion of penguins’ diet is fish.

This is because fishes are easily accessible to them. It is estimated that the entire breeding population of Adelie penguins eat about 115,000 metric tons of fish every year.

It helps them build lots of body fat. This body fat is important as it helps them survive harsh winters and fasting periods.

These aquatic birds eat a wide variety of fish. They would catch and eat any type of fish they can find.

But they prefer fish species like silverfish, lantern fish, sprats, pilchards, mullets, anchovies, sardines, and others.

Squid are soft-bodied cephalopods. They have large brains, eight arms, and three hearts. One heart is called the systemic heart while the other two are called branchial hearts.

The branchial hearts deliver blood to the gills, which absorb oxygen. The blood then travels to the systemic heart, where it is circulated throughout the body.

Penguins eat juvenile squid and small squid including the arrow and the greater hooked.

Crustaceans are invertebrates with a hard shell. According to a study, penguins can dive to depths of around 330 feet to catch crustaceans.

Kills are tiny creatures that look a lot like shrimp. They are about 2 inches long and are found in all oceans.

These organisms usually travel in large groups. Krill is a valuable food source for a huge variety of ocean species and many aquatic birds.

All species of penguins do love to eat krill. However, King, Chinstrap, Adelie, and Macaroni are eaters of krill.

Amphipod is tiny crustaceans. They are very similar to shrimp. Amphipods are found beneath the ice.

They are the main source of food for chinstrap penguins.

These tiny creatures usually range from 1 to 340mm in size. And, there are quite a few different species of these larvae.

Smaller penguin species like the fairy penguin do enjoy eating these tiny amphipods as well.

Although lager penguins have been known to eat the larger amphipods they can find.

As stated earlier, penguins have been noted to eat stones and tiny rocks like pebbles. They used these stones to aid the digestion of foods.

These stones help them to grind their food into tiny pieces.

Penguins do not have teeth.

However, they are still able to grab and swallow food. Their bills and sharp tongue helps them grab slimy and slippery sea creatures.

Penguins have spikes on their tongue called the papillae. The papillae aid the swallowing of food. 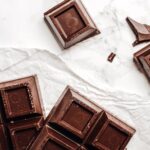