Quails are one of the birds that mate for life. When quail birds pair up to mate it is not just for a breeding season, the birds remain mated for life. Most quail species are monogamous in nature and usually remain with their mates throughout their life cycle.

Quails are not as popular as chickens or turkeys  with poultry owners, however they are interesting birds and more people are getting interested in their life cycle and their mating habits.

Today we will discuss how quail birds mate, their monogamous nature, how the males court their females and their reproduction cycle.

How Long Do Quails Mate For?

They start reproducing at a very early age. A female quail can start laying eggs as early as 6 to 7 weeks of age while the males become sexually active about a week earlier.

Quail adults start pairing up for mating during the onset of the warm seasons and mating usually lasts throughout summer.

Depending on the area mating season can last longer from about March till September while it could be shorter in other areas.

Most quail species are faithful to a mate and usually spend their lifetime with that mate.

During mating season, the male quail tries to attract a female with a series of pre-mating ritual steps.

If the female is impressed and attracted, she would allow the male quail to mount her and get mated.

After mating they build a nest together which the male quail guards while the female incubates the egg.

A female quail can produce up to 300 eggs annually though the number drops to about 200 yearly as she gets older.

The female quail is usually highly fertile within 2  to 8 months of age and would reach a decline just as early.

Female quails can lay eggs without mating but those eggs will not be able to hatch into chicks.

If you are looking to breed your quails, it is best to keep a male with 3 females to increase the number of eggs laid and chicks hatched to maturity.

Related: Here is an article I wrote on do quails eat ticks?

What Happens If A Quail Loses Its Mate?

Species of quails like Gambel quail and Japanese quail are monogamous in nature and as such after their first mating, the pair usually stay together for life.

Most birds including quails usually mourn the loss of their partners, however for quail birds the male quail will take over parenting activities and caring for the young after the death of the female.

If the female died or was killed while incubating her eggs, the male will continue the incubation process till the chicks hatch.

When the chicks are mature or during the next mating season, the widowed partner will then find another partner to mate and pair with.

Most quail species are monogamous in nature. They pair with each other and become mates for life.

These pairs usually become a mated pair till one or both of them dies. The Gambel and Coturnix quail species have admirable qualities especially when it relates to family and breeding.

The mated pair are usually involved in breeding, incubation and caring for their young. After mating, they both select their nesting sites and they can both incubate their babies.

Male quails are known for being able to resume incubation duties if the female of the pair dies.

Also. together they teach their young chicks how to be how to fend for themselves and how to protect themselves.

They will also defend their chicks from predators, when moving from one location to another, the male adult will be in front with the chicks in the middle and the mother taking up the rear..

How Do Male Quails Court The Females?

When it’s breeding season and quails need to mate, adult unpaired males will try to impress a female quail to mount her.

The male quails go through a series of ritual dances and food nibbling to try and attract the female.

The male quail will usually lower his head and then lift his weathers to form a wall by extending his wings and elbows.

The male will then puff its chest out and walk towards the female. They also use the ‘kow’ and ‘whit whit’ sound to attract females.

Male quails usually stay in tree branches and make the singsong sound to attract the females, calling at different intervals to impress them.

Once the female is sufficiently impressed they will mate together.

After the mating the quails start breeding and they become partners for life sharing parenting responsibilities.

The male and female quail build their nest together and breed their chicks. In cases where the female quail dies, the male quail takes over incubating and taking care of the hatched chicks till they mature.

Also check out this article on whether quails are migratory birds

How Do Quails Reproduce?

Quails reproduce by mating and then laying eggs which hatch into chicks.

If you are a quail owner and if you are not interested in breeding quails then you do not need to pair your female quail birds.

This is because female quails can produce eggs but they won’t be able to hatch into chicks because they are not fertilized.

These kinds of eggs are collected for eating and sometimes the quails eat their eggs to provide proteinous nutrients they need.

After mating, the monogamous species of quails build a nest together and both the mail and female take responsibility for caring for their young.

The female quail incubates the eggs and the female can lay one egg per day and produce about 10 to 16 eggs per mating season.

Quail eggs and chicks have a low survival rate and sometimes only about half the brood actually survives till maturity.

Some quail species have coveys where families of mated quails bond together to protect their clutches and coveys can range from 10-20.

The coveys are formed in a circle and the male birds are able to have a sight in all directions to watch out for predators.

The coveys also serve the purpose of producing heat as the temperature within the brood is higher especially during winter.

This helps to ensure the brood survives through winter.  In this way the brood is able to survive till maturity and another generation of quail is produced.

At What Age Do Quails Reproduce?

Quail birds usually reach their sexual maturity and are able to start reproduction by 6 to 7 weeks of age.

Male quail birds can start mating as early as 5 to 6 weeks. Quails generally start mating early however they also reach the peak of their fertility and go into decline faster.

As at 3 weeks of age you can recognize sex differences between the male and female quail.

Females generally grow bigger than the males in size and have longer and pointier feathers.

Also, the plumage of the females around their breast and under the throat is white unlike the males.

By realizing these differences you know your quails are ready to mate.

Some quail species such as the coturnix quail are monogamous in nature however, if you are breeding them you can keep one male with up to 5 females and he will mate with them.

As at the point a quail is declining, a hen is just reaching maturity. When still very young, a quail can produce as much as 300 eggs annually but this figure gradually reduces over time.

What Are The Common Problems When Quails Mate?

A major problem that occurs when quails are mating is the loss of feathers and pecking on the female.

You might have noticed your female quail missing some hair on her head, most times it is usually nothing to worry about.

The male quail or roo usually mounts the female and holds her head down with his beak or pecks incessantly.

This can be a problem when they are mating regularly or the male quail has a regular female he mates with a lot.

You can solve this problem by separating them for a while so the female’s head injuries can heal up.

Quails have a terrible pecking order and asides from mating there are other instances in which these birds peck themselves which you should know about.

Quails are interesting birds that are raised for their nutritious eggs and meat. If you are planning to be a quail flock owner then it is better to know a few things about them.

Quails are wonderfully monogamous in nature and in the wild the quail family of both adult pairs go about raising their young. 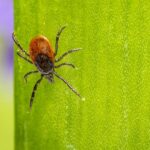 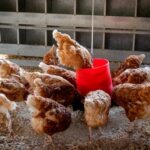