If you plan on raising turkeys for profit, then one question that must have crossed your mind is do turkeys have teeth?

If they do not have teeth, then how do they eat?

As humans and other animals, we are fortunate to have teeth which we use to break down food quickly and grind it.

Do turkeys have teeth? Turkeys do not have teeth. Instead they have a beak which they use to consume food and eat. After that, they have something called a gizzard which helps them to grind their food into smaller particles and chew their food with grit.

What do turkeys have instead of teeth?

It is a wonder so many birds, turkeys and chickens can breakdown their food without having any teeth.

The answer is very simple, and that is something called grit.

Turkeys have something in their digestive system called grit that helps them breakdown food making it very easy to digest.

They also have a gizzard (all birds have gizzard) that helps them grind their foods before it gets to the small intestine.

The small intestine is where the absorption of nutrients takes place and any food that is not broken down in the gizzard does not provide any nutrients for your birds.

So you want to make sure that your turkeys receive a lot of grit in their diets to help the digestive process.

Grit will remain in the gizzard until the food particles are finely ground and can easily pass through the digestive tract.

One thing you want to ensure is that you feed your turkeys grit that matches their age.

If you feed them grit that is too small, it will not break down so ensure that the grit matches your bird’s age.

Related: Here is an article I wrote on how do turkeys mate

How do turkeys eat with no teeth?

When turkeys eat, they peck repeatedly at a large piece of food and hit it against the ground so it breaks up into smaller pieces.

The small pieces are then swallowed and stored in the crop of the bird, which is a balloon type pouch just at the base of the neck of the bird.

The food they eat during the day mixes with water and other liquids plus good bacteria and is held there.

This happens because turkeys really do not have the time to stand around and chew food especially if there is a predator around.

So what happens is that they keep the food, so they gobble, nibble, store and keep moving until they can conveniently break down and digest the food.

Anyway, all the food stored in the crop throughout the day finally begins its trip down the digestive tract and fairly quickly reaches the gizzard.

This is where the “chewing” takes place.

While your turkeys are roaming around your yard during the day, they’re picking up small stones and pebbles and swallowing them as they search for bugs and seeds.

These stones are stored in the gizzard and used to grind up the food.

The gizzard is merely a muscle that contracts and churns, grinding the food against the rocks, until it is small enough to pass through the small intestine and the nutrients in the food be absorbed by the body.

Let’s examine the digestive process of food in turkeys:

Looking for information on how to raise turkeys? See this comprehensive guide now

Can a turkey bite you?

Seeing as turkeys do not have teeth, can they bite?

Turkeys cannot bite or cause body harm to you since they do not have any teeth.

What happens is that they can use their beaks to peck you and cause injury .

Turkeys have been known to dominate and attack people or animals they view as being subordinates.

This is also very common among males when they are competing for a females attention and looking for a mate.

But not to be worried or scared as turkeys will not bite you and can only spread their wings and tails. 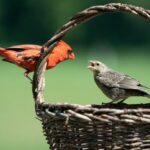 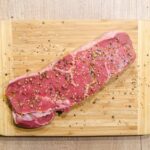