Farm animals eat a variety of things, not minding whether it’s nutritious and healthy or not.

As a farmer who wants his or her farm animals to be in the best shape at all times, one must be more concerned about their diet and how it affects them.

As of now, it’s been discovered that there are certain farm animals that eat pumpkins voraciously.

This is good news, considering the fact that once a Halloween season is over,  you may never have to dump your leftover pumpkin in the trash, believing it’s useless.

The pumpkin you think is supposed to be thrown away is a delicious snack your farm animals could munch on happily.

More importantly, you should know that pumpkins aren’t just any conventional diet that your farm animals need.

Pumpkins are rich in nutrients. You farm animals need enough nutrients in their body system, so as to avoid being unhealthy.

Not every farm animal eats pumpkin.

Some farm animals don’t even consider it as food. If you intend to make pumpkin a part of your livestock’s diet, you must know the certain types of farm animals that eat it, and how they can safely enjoy the diet.

Here are the common farm animals that eat pumpkin:

Cows are enthusiastic consumers of pumpkins.

Unlike other farm animals that eat pumpkins, cows know how to break the plants into pieces for easy and quick consumption.

This makes the plant a great feed supplement when combined with dey forages for your cows.

You are probably wondering if it’s safe to feed your cows raw pumpkin.

It is absolutely safe to feed raw pumpkins to cows and some other grazing animals.

You can feed them whole, as cows are known to break them down on their own.

Related: Here is an article I wrote on farm animals that lay eggs

Not every horse enjoys eating pumpkins, but that doesn’t alter the fact that horses are farm animals that eat pumpkins.

There are some horses that find the taste of pumpkin very appealing.

These are the types of horses that can be fed this nutritious plant.

However, it’s important you understand that horses shouldn’t be fed too many pumpkins.

They must be fed moderately, considering the fact that pumpkins are high in potassium. Too much potassium won’t do your horses any good, rather, it would affect them.

That’s the wrong thing to do. If you must feed your horses pumpkins, they must be fresh and free from any form of rot.

If you’re feeding the plant raw, simply remove the stem and cut the pumpkin into small pieces to prevent the horses from getting choked while eating.

If you decide to cook the pumpkin, you can simply bake it into treats and add it directly into the feeding bowl of the horses.

Pigs are intelligent farm animals that eat almost anything, and they make no exception when it comes to eating pumpkins.

You don’t even need to cut the plant into pieces.

They are quick to break down the pumpkins on their own and consume them immediately.

Although they enjoy eating pumpkins, pigs won’t large amounts of pumpkins at once.

This is why it’s advised to mix the pumpkin with other conventional food sources for your pigs when feeding them.

You can feed pumpkins to your pigs, whether they are cooked or not.

If you choose to feed cooked pumpkins, ensure you don’t give pigs a pumpkin pie mix. This is the wrong thing to do, as experts have advised against it.

Pumpkins are not only meant to be consumed by cattle.

Chickens too can include this nutritious plant in their diet.

Pumpkins naturally contain vitamins and minerals. Vitamin A is one of the many vitamins that animals benefit from in pumpkins.

As a farmer who raises chickens, it’s important you know that your chickens need vitamin A, so they can live healthily.

Based on proven research, lack of vitamin A in chickens can prevent them from laying a large number of eggs as they are supposed to

If you operate commercial poultry, and you don’t want a drop in egg production, then ensure your chickens eat vitamin A contained foods such as pumpkins.

Even if you are unable to feed your chickens pumpkins all the time, you can make it an occasional treat for the birds.

Just like it’s being done to other farm animals, it’s quite safe to feed pumpkins raw to your chickens. You only need to aid the consumption by breaking the pumpkin into pieces.

Dogs are not your typical farm animals that eat pumpkins. Nevertheless, some breeds of dogs enjoy this plant just like pigs.

Amazingly, pumpkins are very instrumental to the health of dogs.

Dogs that suffer from indigestion and weight loss can find a remedy by simply eating pumpkins.

The plant is also a good source of fiber, which your dogs need.

However, ensure you don’t feed your dogs too many pumpkins.

The reason for this is that pumpkins largely contain vitamin A.

And the excess of vitamin A can be toxic to dogs. Dogs are not chickens that need enough vitamin A to be fertile and healthy.

To feed your dogs pumpkins, cook the plant and mix it with the dogs’ normal food. You can also feed pumpkin on its own, but not too much of it.

This may seem unbelievable, but you have to believe it anyway.

Like the aforementioned farm animals, cats eat pumpkins as well. Although cats may not eat the plan voraciously like some other farm animals, they enjoy it as a diet.

Pumpkins contain zinc, and this helps to improve the health of a cat.

Cats also tend to have healthier coats when they consume pumpkins.

Just like dogs, cats that suffer from weight loss can be helped with pumpkins.

If you own a cat that’s in this condition, all you have to do is replace a portion of your cat’s regular food with a pumpkin.

After sticking to this method for a few weeks, you would definitely see improvement.

Cats shouldn’t be fed raw pumpkins. It’s not suitable for their health. Canned pumpkins are the best to feed cats.

This plant is a vital substance that inevitably improves the health of your farm animals.

Moreover, getting pumpkins to feed your farm animals isn’t difficult.

You shouldn’t be bothered by this. You can get all the pumpkins you want by simply calling the local pumpkin patches and inquire about their pumpkins that didn’t sell. 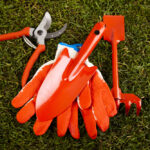 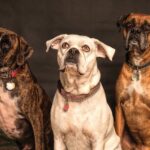