One of the most common and scariest challenges farmers who raise animals face on their farms is the invasion of snakes.

It has never been uncommon to find snakes on the farm.

It is due to this reason that lots of American farmers are desperate to raise farm animals that kill snakes.

It is believed that raising farm animals that kill snakes is one effective and unfailing way to impede snakes from infesting one’s farm.

Interestingly, however, there have been cases whereby experts advised farmers to accommodate snakes on the farm, especially the harmless species.

They claim it’s an effective method to keep one’s farm safe from rodents and pests.

But despite this being true, most farmers would remain uncomfortable with the idea of having snakes on the farm.

Here are some of the most common farm animals that kill snakes:

Every experienced dog owner knows fully well that dogs can be very observant of their surroundings most of the time.

As a result of this, they naturally feel the need to eliminate anything that poses harm to them or the environment they live in.

Dogs are a part of the farm animals that kill snakes instinctively.

They are amazing animals to have on the farm if you don’t want snakes around.

Although having a dog doesn’t mean that you won’t see snakes on your farm at all, there’s a high chance of those snakes being killed, especially when they are small and non-venomous.

If are interested in getting a dog on the farm, ensure you go for the right breed.

Some breeds of dogs are more fierce, observant, and powerful than other breeds.

Most times, it’s advised to go for a German shepherd.

German shepherds are naturally sensitive, fast runners, and strong. If you want to raise farm animals that kill snakes, you should include a dog.

Related: Here is an article I wrote on farm animals that do not need a lot of space

This may appear to be ridiculous, but it’s a factual phenomenon.

Like dogs, chickens too can be observant at times. They are instinctively defensive, they selflessly care for their offspring, and are they are also experts at surviving on their own.

These are the traits that aid them in performing special acts such as killing snakes.

You are probably wondering how a harmless and flightless bird can possibly kill snakes.

Chickens have hard beaks that can break the bones of tiny snakes that creep into farms.

As long the snakes are tiny, a chicken can potentially kill them.

Although ironically, chickens can be sometimes voraciously eaten by giant snakes, the birds have their own special way of overcoming small snakes by using their hard beaks to break the bones of the young snakes.

Moreover, hens have a higher killing power than others.

So if you own a poultry farm where you raise chickens (hens) and produce eggs for commercial purposes, you shouldn’t be too bothered about having small snakes on the farm.

You may think chickens are too incapable to kill snakes, but they are included amongst other farm animals that kill snakes.

If you are a cat owner, you should be aware that cats can be very fierce and violent when provoked.

This fierceness and violence in them can enable them to do incredible things, including killing snakes.

So, it isn’t wrong to say cats are farm animals that kill snakes.

Unlike dogs, cats are not usually so big.

Nevertheless, they are relatively stronger, faster, and more sensitive than dogs.

As a matter of fact, cats stand a better chance of killing snakes when compared to dogs.

Moreover, cats can be territorial most times. They tend to have a sense of ownership and dominance over the environment they are raised in.

What this simply means is that a cat that wants to be in charge of its territory would do almost anything to protect it, even if it requires killing a snake that intrudes.

There have been countless cases whereby cats were seen literally killing snakes by biting through the skin of the reptiles and striking with their claws.

Also here is a list of farm animals that eat grass

Not everyone would believe that a goose is capable of killing snakes.

Geese may appear to be gentle and harmless, but they are among the type of farm animals that kill snakes.

When the need arises, a goose loses all of its gentle nature and turns fierce.

Countless times, geese have been seen overpowering small snakes by killing them.

Scenarios like this often occur when the snakes try to attack the offspring of the goose. In the course of trying to protect its offspring, a goose can end up killing a snake.

Unlike chickens and some other domestic birds, geese are bigger.

This alone gives them a better advantage to defend themselves against reptiles that invade farms and pose threats.

Perhaps you haven’t witnessed a goose kill a snake, it still doesn’t alter the fact that this category of birds doesn’t tolerate the presence of snakes on farms.

Geese are not always raised on farms, unlike chickens.

But for farmers who have these birds on the farm, they can boldly attest to the fact that geese are farm animals that kill snakes.

As long as the snake isn’t a big one, it can be killed by a provoked goose.

Ducks are aquatic birds that prefer to inhabit a shallow body of water.

But interesting, you can find them on the farm, where they are being raised by farmers who want to keep them.

Owing to the gentle nature of ducks, no one would ever think they are capable of hurting a fly, let alone kill a snake.

Nevertheless, ducks have been repeatedly classified as farm animals that kill snakes.

Unlike chickens and geese, ducks are not usually overprotective of their offsprings or territory.

They are not easily provoked and seen causing harm.

However, numerous farmers have claimed to witness scenarios whereby ducks kill snakes after they were initially attacked by the reptiles.

They simply accomplish their aim of killing snakes by repeatedly pecking the reptiles with their hard beaks.

In the course of repeating this act, the bones of the snakes are broken which will render them immobile until they eventually die.

This is the same method used by chickens and geese as well.

It is important to note that ducks can’t handle big snakes.

They can only overpower small snakes that aren’t venomous.

Nevertheless, many farmers, especially in America and Mexico, believe it’s the best way to keep their farms from being infested by unwanted snakes.

If you want to rely on farm animals to repel snakes, it’s ideal to go for dogs and cats, as they are more efficient.

Farm animals like chicken, geese, and ducks can’t really do much when it comes to killing or chasing snakes away from the farm. 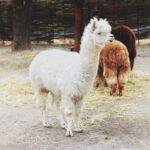 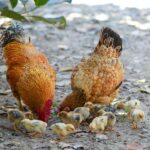