This organ called gizzard in certain farm animals has proven its worth not only to the animals in which it’s formed but to humans as well who consume it.

When prepared and garnished with other vital ingredients, gizzards can be quite tantalizing and delicious.

It remains one of the mouth-watering delicacies that are a little bit expensive to purchase.

Thankfully, there are a couple of farm animals that possess gizzards.

Without these animals in existence, no one would even know what gizzards are, let alone eat them.

If you are a farmer raising any of these animals for personal consumption, then you must be lucky, as you can access gizzards.

However, it’s important you know gizzards aren’t like eggs that can be produced multiple times by the same farm animal.

You can’t find more than one gizzard in a single farm animal.

Every farm animal that possesses gizzard has only one to offer, and that can only be possible when the animal gets killed since gizzard is an internal organ that aids these farm animals in digesting food.

Typically gizzards are expected to be in only farm animals such as chicken and other domestic birds.

But amazingly, gizzards are also present in reptiles. Reptiles such as alligators, crocodiles, and earthworms possess gizzards.

However, only the gizzards in farm animals are known to be edible.

If you have intentions of raising domestic animals on a farmyard, here are the farm animals that possess gizzards:

Chickens are the most popular farm animals that possess gizzards.

There are people who even think chickens are the only farm animals that possess gizzards, but that’s just a wrong presumption.

As of today, the world knows that gizzard can be gotten not from only chickens.

Chickens typically don’t chew food since they have no teeth. All they can possibly do is swallow.

The function of the gizzard is to store the swallowed food, where it can be properly broken down for digestion.

The gizzard also helps to store stones and other hard substances that have been deliberately or accidentally swallowed by the chicken.

These stones will remain in the gizzard until they are able to be digested by the bird.

Related: Here is an article I wrote on farm animals that eat fish

After chickens, turkeys are great producers of gizzards.

More than 90 percent of the gizzards used in cuisines worldwide are derived from turkeys and chickens.

Owing to the actual size of turkeys, their gizzards are typically bigger than chicken gizzards.

In countries such as the United States, turkey gizzards are grilled or sometimes pickled.

The people who enjoy gizzard in the U.S. totally rely on turkeys and chickens to provide this special delicacy that they enjoy so well.

It’s interesting to see that these birds aren’t just valued for producing eggs, but for also providing delicious meat.

Just as it is for chickens, it is impossible for turkeys to chew food.

They simply swallow. This the primary reason they have gizzards. The organ aids the birds in digesting food effortlessly.

If you long thought that chickens are the only farm animals that possess gizzards, it’s high time you changed that perspective.

Turkeys have gizzard in them as well.

The farmers who raise these birds do so to build a business off prizing the birds as meats.

Millions of Africans enjoy guinea fowls as food, and they value the gizzard as well.

Guinea fowls aren’t as big as turkeys or geese, but their meat is incredibly delicious, and so is the gizzard.

As farm animals that possess gizzard, guinea fowls are sometimes compared to chickens.

However, the difference between these two birds is clear.

Guinea fowl has a physical appearance similar to turkey, while a chicken doesn’t.

Moreover, when it comes to commercial poultry farming, chickens are more invaluable, as people consume them much more than guinea fowl.

It’s advisable to focus more on raising chickens if you want to build a successful poultry business.

Guinea fowls too are farm animals that are consumed by a lot of people, yet they can’t be compared to chickens.

After they were domesticated thousands of years ago, geese have been raised by farmers who feed on their eggs and prize the birds as meat.

These large birds possess gizzard that can be turned into delicious cuisines.

Although most people are ready accustomed to eating gizzards from only chickens and turkeys, geese gizzard is great for food too.

Moreover, every farmer raising geese knows fully well that the bird isn’t just valued for its eggs or meat.

Over the years, geese have proven to be a very instrumental animal everyone should have on the farmyard.

Many farmers consider their geese as security on the farm.

Geese honk very loudly, and this often occurs when they identify a stranger on the farm, whether humans or animals.

Even though many people consider geese as aggressive animals, they aren’t so aggressive as people presume.

A goose raised on a farm would interact gently with humans, especially those who live around the farmyard.

You probably weren’t expecting ducks to be called farm animals that possess gizzard, but they actually do have gizzard in their body system.

Ducks are birds, and every bird possesses gizzard, whether domestic birds or wild birds.

Interestingly, most people don’t know that ducks are among the farm animals with gizzard, and this is because people rarely kill ducks for food.

Ducks are only killed when hunted as wild animals.

Farmers who raise ducks are mostly interested in the eggs.

The farmed birds that are typically killed for food are chickens, turkeys, guinea fowls, and geese.

Other domestic birds like quails and ducks are mostly allowed to grow and lay eggs for personal consumption and commercial purpose.

One of the best types of farmed birds to raise on a small farm is quail.

They don’t eat much too, which means you won’t have to spend a chunk of money feeding them.

Even though quails possess gizzards, their gizzards are not conventionally eaten by a lot of people.

Only people who enjoy quail meet are used to eating quail gizzard.

Of all the farm animals that possess gizzards, quails are the smallest.

Their small size is also reflected in the eggs they lay.

Quail eggs are typically small, yet they can make a delicious delicacy.

If you intend to raise farm animals that possess gizzards, it’s best you go for chickens and turkeys.

Although other farmed birds are not bad for poultry farming, chickens and turkeys remain the most profitable.

They are considered profitable because a lot of people are more accustomed to eating them more than other types of poultry.

The only downside to raising farmed birds such as chicken and turkey is the stench that is usually built up within the farmyard.

Although other farmed birds small as well, their odor is much worse than that of chickens and turkeys. 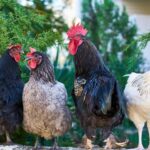 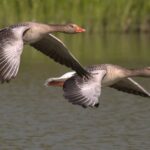