One of the most common factors that threaten the growth of most farm animals is predators intruding on the farmyard.

Over the years, there have been cases of wild cats and dangerous animals such as foxes, venomous snakes, and weasels found on farms.

These predators are being attracted by the animals raised on the farm, and if due measures are not observed, animal farms would cease to exist owing to this key problem.

There are various farm animals that are capable of protecting your birds from predators.

In choosing the ideal animal guard for your chickens, ensure you go for a guard animal with the right qualities that make it capable of protecting chickens.

There are some farm animals that are considered to be guard animals, but sadly, these animals would do more harm than good on your farm.

Aggressive farm animals are very inappropriate to be used as guard animals.

Their aggressiveness can compel them to harm the chickens that are supposed to be protected by them.

It’s advisable to go for farm animals that are naturally gentle, observant, and intelligent.

Your chickens can be safe if they are under the watchful eyes of these kinds of farm animals.

Here are the farm animals you can trust to protect your chickens:

Owing to their aggressive nature, dogs may not appear to be the right farm animals to keep your chickens safe.

Dogs that are not well trained are also known to hunt chickens.

However, if you raise the right breed of dog and it is well trained, it can serve as a good guard animal for your birds.

Dogs can help play with the chickens, thereby keeping them occupied.

One amazing thing about using a dog as a guard animal is its ability to quickly perceive the presence of predators.

Dogs are quick to sense danger and they are never hesitant to attack anything or anyone that poses a threat.

Choosing the right breed of dogs is quite essential in ensuring that the animal protects your chickens well.

Breeds such as Akbash, Kangals, Pyrenean mountain dog, and Tibetan Mastiff are perfect for guard dogs.

More importantly, you must raise the dogs from puppies together with the chickens.

This will enable the dogs to instinctively protect the chickens since they are well acquainted and connected with the birds.

Related: Here is an article I wrote on farm animals that eat pumpkin

Donkeys are an amazing category of farm animals that serve multiple purposes, one of which is to protect other defenseless farm animals from predators.

Donkeys can help to keep your chickens safe from predators such as wild dogs and coyotes.

Owing to their special ability to perceive danger, donkeys remain one of the top farm animals that protect chickens.

They are quick to perceive rats and other small predators that can harm the eggs of your chickens.

Their quick chase and loud brays usually scare predators away.

If the predator refuses to leave the farm, a donkey would be compelled to attack by striking the predator with its feet.

When using donkeys as guard animals, make sure you don’t use dogs as well.

That would be a terrible mistake.

Donkeys don’t relate well with dogs, as they consider dogs to be dangerous. It’s advisable to use just donkeys or only dogs, not both.

For decades, roosters have been considered one of the best types of farm animals that protect chickens from dangerous predators.

Roosters possess almost all the right qualities that should be found in a guard animal. They are quick to action and can be fierce as well.

Notwithstanding, before you choose to protect your chickens with roosters, there are some key factors you must consider.

It’s essential you go for the right breed if you want your rooster to perform competently.

Some people think the larger breed will help protect chickens better, but that’s just a big misconception about roosters.

Mid-sized roosters are perfect for guard animals. The big ones are typically lazy, and won’t go the extra mile to keep your chickens safe.

You must also ensure that your rooster is quite attentive and observant.

Attentive roosters usually have their heads up, watching the sky and looking after the chickens.

The ones that constantly have their heads down typically lazy and inappropriate to be used as guard animals.

There are two main breeds of roosters that are largely recommended to protect chickens. You can either go for the Rhode Island Red or the Barred Rock.

Guinea fowls are typically territorial, which is one of the main characteristics of an ideal guard animal.

These intelligent birds love to be in charge of their space and would attack anyone who tries to trespass.

They make loud noises as well, which helps to alert their owners when something wrong is occurring within the farm.

Their loud chatter also helps to send a message to the chickens, warning them of any imminent danger.

Although Guinea fowls have been domesticated for hundreds of years, they have still managed to retain their wildness.

If you have guinea fowls on the farm, you would always see them flying and wandering around.

If you intend to use these birds as guard animals to protect your chickens, it’s best you raise them from keets – baby guinea fowls.

This will enable them to be very familiar and friendly with the chickens.

Also, if they wander away from the farm, they would return just like chickens do.

The only reasonable downside to using guineas to protect your chickens is that the cocks may be tempted to sometimes mate with the chickens.

The doesn’t usually end nicely, as the hen mounted upon could sustain some injuries. Guinea fowls can be rough sometimes.

Although not everyone is familiar with alpacas as farm animals, this unique farm animal does a great job in protecting chickens.

Alpacas naturally have much hatred for foxes and other wild animals that look like foxes.

This one good reason why they are perfect for protecting chickens because these birds are mostly hunted by foxes and wild dogs.

They are also quick to attack predators, using their feet to strike.

Geese are instrumental farm animals that can help keep your chickens safe from predators.

Although they aren’t capable of fighting against big predators like foxes and wild dogs, they protect chickens from harmful animals such as rats and weasels.

Amazingly, geese are able to quickly realize when these small predators sneak into the farm.

They attack and also make loud noises which alerts the farm owner of the ongoing danger.

You don’t need too many geese to protect your chickens.

A few of these birds impressively secure your chickens from little predators that often trespasses.

There are multiple ways to secure your chickens from predators.

But leveraging guard animals will remain one of the most utilized protection methods.

Most of the farm animals that protect chickens are easy to raise, and they can be raised for commercial purposes as well. When choosing farm animals to protect your chickens. 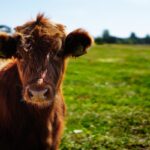 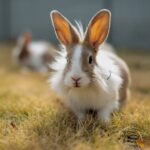