Flowering plants exhibit movement to different stimuli such as sunflowers turning to face the sun when it is high overhead.

Some plants exhibit nyctinasty which is movement in relation to the times of the day. They open during the day and close at night and vice versa.

While some plants are sensitive to touch and close when touched.

Let’s discuss plants that open and close. You could have them in your garden, as they will make beautiful additions to any garden.

Touch Me Not (Mimosa Pudica) is an amazing and strange plant that grows wild throughout the tropics.

Although the exact origin of this species is unknown, it is believed to have originated in tropical America.

When touched, its fern-like leaves contract and droop, but usually reopen within minutes. In summer, it features prickly stems and small, fluffy, ball-shaped pink flowers.

Stems are upright, slender, and branching. The leaves are bipinnate, fern-like, and pale green, and they close in response to disturbance.

The fruit is composed of clusters of two to eight pods measuring between one and two centimeters in length, with prickly margins.

The pods are divided into two to five segments and contain pale brown seeds measuring approximately 2.5 mm in length.

Wind and insects pollinate the flowers. The seeds have a tough seed coat that prevents germination.

Venus flytrap (Dionaea muscipula) is a sundew family perennial carnivorous plant. The plant is unique in that it captures and digests insects and other small animals.

The plant, which is the sole member of its genus, is native to North and South Carolina, in which it is abundant in damp, mossy areas.

The bulb-like rootstock of the plant produces a cluster of small white flowers at the tip of an erect stem 20–30 cm tall.

The leaves are 8–15 cm (3–6 inches) long and have hinged blades that allow the two nearly circular lobes with spiny teeth along their margins to curl together and enclose an insect alighting on them.

After capturing three or four insects, the trap expires.

Here is an article I wrote on plants with long roots

Above-water flowers are yellow, two-lipped, and have a forward-facing spur on the lower lip.

The bladders, which bear the common name, are often used to encapsulate small aquatic organisms.

Hairs at the bladder’s opening act as triggers, mechanically causing the trap to spring open, sucking in water and microbes.

This plant is indigenous to the Northern Hemisphere and can be found throughout the United States. It is found in bodies of water such as lakes, marshes, rivers, and streams.

The common bladderwort has a tendency to grow rapidly and become entangled with other aquatic plants, necessitating frequent maintenance.

Round-leaved sundew is a lovely plant that grows among soggy sphagnum mosses on the banks of bog pools, wet heaths, and peaty moors.

It is a tiny, lithe plant that stands out due to its diet.

Each reddish leaf’s hair-like tendrils are edged with shimmering drops that entice moving insects. This ‘dew’ is extremely sticky and thus traps the insect.

Once trapped, the sundew’s tendrils detect their prey’s presence and curl inward to engulf it.

Eventually, the entire leaf will wrap around the digested insect.

The acidic habitats in which the round-leaved sundew thrives are insufficiently nutrient-dense.

This has compelled it to develop a carnivorous lifestyle in order to complement its diet.

The Swiss cheese plant (Monstera) is a tropical ornamental with downward-growing aerial roots.

The plant is a flowering plant species indigenous to the tropical forests of southern Mexico, extending south to Panama.

It has been introduced to a number of tropical areas and has established a mildly invasive population in Hawaii, Seychelles, Ascension Island, and the Society Islands.

Once these roots reach the ground, they quickly spread, giving this plant a vine-like appearance.

The Swiss cheese plant takes its title from its big, heart-shaped leaves that develop holes in the shape of Swiss cheese as they age.

Gardeners considering cultivating mandrake ought to be aware that there are several varieties to consider.

There are numerous varieties of mandrake, as well as plants named mandrake which are not members of the Mandragora genus.

Mandrake has been used medicinally for centuries, but it is also extremely toxic. Take extreme caution when working with this plant and never use it for treatments unless you are extremely experienced.

Mandragora plants are herbaceous perennials. They develop wrinkly, ovate leaves that remain near the ground.

However, the root is the most well-known part of the mandrake plant.

Strangler fig, alternatively spelled strangler, is any of a number of tropical fig species (genus Ficus, family Moraceae) named for their pattern of growth on host trees, which frequently results in the death of the host.

Strangler figs and other strangler species are found throughout the world’s tropical forests.

Although a strangler fig frequently suffocates and outcompetes its host, there is some evidence that trees encased in strangler figs are more likely to survive tropical cyclones, implying a mutualistic relationship.

The plants are completely photosynthetic and do not require nutrition from their hosts.

Certain stranglers from the Old World, such as the weeping fig (F. Benjamina), develop aerial roots from their branches and send them directly down through the air.

Arabidopsis thaliana (Thale Cress) is an annual herbaceous plant in the Brassicaceae family. They exhibit a self-sustaining growth pattern.

They have broad, simple leaves. Individuals can reach a maximum length of 0.3 m.

Thale cress is an annual, but it typically germinates in and moderates the climate as a leaf rosette in the autumn.

At the latest in April or May, the rosette develops a flowering stem with flowers at the top, and the first fruits form shortly thereafter.

Thale cress’s white flowers are only a few millimetres in diameter, making them unattractive to insects, but self-pollination ensures seed production.

If the drought does not prematurely kill the plant, it can continue to grow and branch until early summer, ripening its seeds.

Hibiscus, also called Hibiscus sabdariffa or roselle, is a flowering plant that is native to India, Africa, and Malaysia.

Hibiscus comes in hundreds of varieties, such as herbs, shrubs, and trees.

Hibiscus sabdariffa is the most commonly cultivated variety, a shrub with red stems and large yellow flowers that turn pink and red when they mature.

Hibiscus is found throughout the tropics and subtropics, which include China, Thailand, Sudan, Nigeria, and Mexico.

All parts of the plant, including the flowers, seeds, leaves, and stems, are used in culinary, cosmetic, and medicinal preparations.

Hibiscus is used in folk and traditional medicine to lower blood pressure, stimulate diuretic effects, and lower high cholesterol, among other things.

It is believed that the increase in the availability of bioactive compounds in hibiscus contributes to its health benefits.

Its large flared flowers are vibrantly coloured and come in a variety of two-tone combinations of white, pink, red, orchid, yellow, or orange with differing centre spots.

Each blossom is suspended from a slender stem that measures 18-24 in. tall.

The foliage is upright and blade-shaped, and each stalk produces several flowers.

Shell flower thrives in direct sunlight and well-drained soils. It also accepts partial shade In an area with a hot climate.

Flower movement is common to a lot of plants and as we have highlighted, this can be affected by different things such as touch, temperature or light. Some plants close during the day and open at night.

These kinds of plants are referred to as nocturnal plants while there are those which open during the day and close at night.

Some like the mimosa pudica are popular for being sensitive to touch. You can add any of these plants to your garden and watch them liven up your landscape. 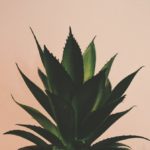 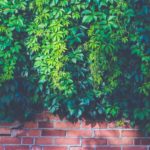