It is very dangerous, so dangerous that it is listed among six of the most dangerous birds in the world.

When frightened,  Ostrich can turn plain deadly, and their legs were not just made for running;

It is also their source of defense, their third toe most especially, ostriches are capable of delivering a heavy kick that is capable of causing deadly injury if not death at worst to their predators.

A frightened ostrich can run at an impressive speed of 45 miles per hour to escape predators; apart from that, they have sharp eyes that spot predators from miles away.

But if, unfortunately, for one reason or the other, they cannot outrun their predators, they sure won’t go down without a fight.

Most of their attacks on humans are only when they feel threatened or provoked; although death from Ostrich kicks or slashes is rare, it happens.

Can an Ostrich Kill a Human?

Yes, an Ostrich’s kick can kill a human, although it is rare to see that happen.

Normally, an Ostrich will steer clear of humans even in the wild since they feel humans are their predators, and they are not far off in that regard.

If humans approach them, their first response is to flee; they will only get to defend themselves when they feel cornered or when their female, offspring, and territories are attacked.

Being kicked by an Ostrich in the stomach can lead to intra-abdominal injuries, leading to small intestine perforation.

During cases like this, the only solution is surgery.

In most cases, it is possible to suture the defect, and the patient may likely recover nicely, but in the worst case, it might lead to death.

When frightened and they attack, they will deliver a powerful kick with their powerful feet, which is destructive enough to kill on the spot or cause disembowelment.

According to reports from South Africa, it is estimated that there are two to three ostrich attacks that result in serious injury or death each year.

What to Do if an Ostrich Chases You?

Don’t run; I know this advice may sound stupid to your hearing, but that is the best thing to do.

An ostrich leg is designed in such a way that it can outrun you; it is among the fastest known land bird that can run extremely well;

Ostriches are extremely fast on foot; running Is their first option when faced with any form of danger, and if they are chasing you, you better don’t run as you won’t be able to outrun them, not on this planet anyways.

Ostriches can run as fast as 45mph, and with their extremely sharp talon located on their feet, they can deliver a deadly kick to you.

Unlike the lions, their primary predator, the ostrich does not consider humans all that and will not naturally prey on humans.

Still, when provoked or frightened, they have been known to deliver a kick capable of causing bodily injury and death in humans.

The best thing you can do when an ostrich chases you is to duck for cover, find a place to hide. If that fails, your last resort should be to defend yourself by fighting them.

If it comes to that, it will be pretty stupid for you to be caught in close quarters with an Ostrich because, with just one Kick, you will see your life flashing before your eyes.

The first thing to do when it comes to defending yourself against any attack by an ostrich is to stay by the ostrich’s side or at his side a further distance away;

Doing this will keep you clear from the ostrich’s direct line of attack, get a long pole or a stick and aim it at the ostrich neck and breast as these are the most important vulnerable and least protected parts, put in all your efforts into hitting these parts until the ostrich either falls or run away.

If, after doing all the things said above and the ostrich still proves stubborn and does not give up its attack, you can aim at its wings;

If the wings are damaged, you can have a more successful chance to run away in a zigzagged manner.

Another method you can evade an ostrich is to either climb a high tree, jump into a thorny bush, or you can pretend to play by lying on your stomach.

Can Ostriches be Violent?

Yes, Ostriches can be violent, especially if they feel threatened or frightened; they can easily become violent.

At the onset of the making season, the male ostrich becomes more aggressive.

This is likely because they want to be in charge of their territory; this behavior is directed mostly at other male ostriches, humans, and vehicles.

Any slight feeling of being threatened, they attack by kicking their legs.

Because of their unpredictability, size, and behavior, they are considered violent.

Violent behavior from ostriches is sporadic but not very rare; they are mostly very aggressive around humans and creatures they feel threatened by;

Their aggressive behavior stems from their vulnerability during mating season, nesting period, and the birth of their babies are, when they are at the peak of their aggressiveness.

Ostriches are not predators, and their first instinct is to flee, but when it comes to defending their territories, mate and kids, they will stand to fight and won’t mind attacking with the sole intent to protect their own.

Ostriches are one of the most deadly birds on earth, and they are to be handled with utmost caution.

If you contact them when disturbed, they will harm you; they do not go looking for trouble; it is best to steer clear of them than to be caught in a dangerous position with them.

Can an Ostrich Kill a Lion?

The answer is yes; an ostrich can kill a lion, its greatest predator, just with a kick of its powerful legs.

Ostriches have powerful legs; these legs help them flee in times of danger, although when the ostriches are forced or backed into a corner, they will use the support of their legs to fight and even kill their predator, which is the lion.

They will attack the lion by slashing them with their foot to cut an injury on their predator; their kicking motion is from up and then down.

The force of their kicks is about 2000 pounds per square inch.

Why do Ostriches Attack?

Ostrich can attack for several reasons; the reason why they attack is the same way they are aggressive. The Ostrich will attack when they feel:

An Ostrich is a fascinating animal to watch; they are flightless birds but one of the fastest known animals;

They are aggressive and can become downright dangerous if they feel slightly threatened; just like humans, the ostrich will do anything it takes to protect its mate and their kids, even protect their home.

When an Ostrich is chasing you, please do not attempt to run in a straight line; it won’t be of help to you because an ostrich will easily outrun you;

Something you can do when chased by an Ostrich is to hide from it, jump on a tree, get into a thorny bush or generally hide.

If you can figure out why ostriches attack, perhaps you can avoid it; if not, you should start clear of this big bird before getting kicked by his powerful legs. 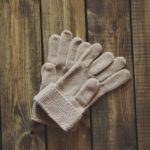