Ever wondered how do turkeys mate?

Mating between turkeys is always quite a spectacle.

The male turkeys which are called toms, reach sexual maturity when they are about 7 months old while the females may take longer.

During the time of their mating in the year, the male turkeys perform a kind of mating dance in front of the females.

The male turkey strut, raise its feathers and make hissing sounds and any interested female joins the dance and they circle each other.

It holds on to the back of the females’ neck for support and does what is called treading.

The cloaca is the entrance to their sex organs.

When there’s contact, the male deposits its sperm into the oviduct of the female through the cloaca.

And the mating is over.

The female turkey can begin to lay fertile eggs.

Do turkeys mate for life?

No, turkeys do not mate for life.

There’s nothing loyal or monogamous about them.

In fact, a male turkey can mate with up to ten female turkeys.

After mating, a female turkey begin laying her clutch of fertile eggs and sits on them for about 28 days after it is complete.

After hatching the eggs and taking care of her chicks till maturity, she can mate again during the next mating season with the former tom or another one.

Do turkeys have balls?

Yes, turkeys do have balls or testicles, whichever you would like to call it.

Haven’t seen them? Well, that’s because they are located inside the bodies of the male turkeys.

The toms have their testicles located inside their abdominal cavity with an outside opening called the cloaca, through which sperm is introduced into the female’s oviduct during mating.

What time of the year do turkeys mate?

Do turkeys mate all year round? No. So what time of the year do they mate?

Breeding time for turkeys defer, depending on the area they are located and the weather conditions.

Generally however, late spring or early summer is when turkeys begin breeding.

In some parts of the world, turkeys start breeding and mating between late February and early March.

In other places we hear turkeys start breeding and mating as late as April and May, especially in the Northern parts of the world.

The mating time in the year usually ends around June or July with the turkeys hatching their eggs and caring for their chicks.

Related: Want to keep turkeys for food? Here is a comprehensive guide on how to raise turkeys

How does a male turkey fertilize eggs?

A male turkey fertilizes eggs by introducing sperm into the female turkey’s body.

How is this done?

Male turkeys do not have have external reproductive organs but their cloaca is an opening to these sexual organs.

Male and female turkeys have their cloaca’s behind their tails.

While mating the male turkey joins its cloaca to that of the female.

During this time, the tom transfers sperm into the hen’s cloaca and it travels down to the female’s oviduct where it swims to an already mature ovum to penetrate it.

After this process, the hen can lay ferticlized eggs for close to two or three weeks.

Do turkeys sit on their eggs at night?

Yes, turkeys sit on their eggs at night, but she won’t do this until she has layed all the eggs in the clutch.

If the clutch is going to be 10 eggs, then she won’t start sitting on the eggs until she lay number 10.

You should ensure you give your breeding turkeys adequate care during this period as they will hardly leave their nest to get food or take care of themselves.

How long does it take for turkeys to mate?

Mating between turkeys doesn’t take time at all.

It takes just a couple of seconds for turkeys to mate, at most a minute.

You should note however that turkeys may mate more than once. It isn’t unusual at all.

What time of day do turkeys mate?

Turkeys mate during the day, when the sun is up and bright.

You can’t see turkeys mating in the evening or at night.

The male turkeys have to attract the females first.

They do this by performing a dance, raising their tails, strutting and making gobbling sounds.

They do this where the hens can see.

This happens in the morning, before sunrise, when the hens can see them. Obvious the hens can’t see them at night.

After doing this, the male turkey keeps quiet long enough to mate all the interested female turkeys.

It might even mate with one more than once.

This happens in the afternoon.

Before evening all these activities are over.

The hens go to look for a place to lay eggs, while the toms look for food and get ready to sleep.

Can a turkey impregnate itself?

Yes, a turkey can impregnate itself. Surprised?

But it’s true. A process called parthenogenesis makes it possible for female turkeys to impregnate themselves.

It means, a female turkey can lay fertilized eggs without mating with a male.

If the egg hatch, it is most likely to be male and to be sickly.

Turkeys born from from asexual reproduction are weak, sickly and hardly last long.

Turkeys mate during the mating season, between the months of February and June.

The male turkeys perform a dance to attract the females and interested females lay low for the males to hop up on them.

During the process, they press their cloacas together and the male turkey transfers sperm into the cloaca of the female where it moves to the oviduct and then swims to the ovum to fertilize the yolk.

Turkeys mate during the day and then the females go about their ways looking for a place to nest.

After laying all the eggs for their clutch, they sit on it for a period of 28 days, day and night incubating.

It is very rare but it is not unusual for a female turkey to impregnate itself.

The hatched chicks from this process are always weak and sickly. 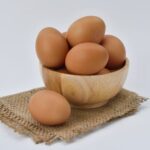 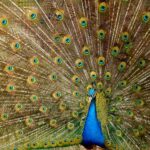