The bald eagles, The Philippines eagle, The Harpy eagle, and the crowned eagles are the most incredible weight careers among the other species.

The Eagles will carry more off the ground depending on how favorable the wind conditions are and their flight mode.

Since each eagle has different wings and different flight characteristics, it makes it quite challenging to say the exact weight it can carry off the ground.

Experiments, however, have indicated that without wind to assist the eagles in flight, even giant eagles can’t take off from a flat ground weight of 2 to 3kg in their talons.

Still, when the wind is favorable, they can take prey from the hillsides in their talon that can be twice the 2 to 3 kg for a considerable distance; the bald eagles have been known to carry a weight of up to 15 pounds, which is the heaviest load recorded and verified for any flying bird.

On the other hand, an adult female harpy can snatch sloths and monkeys weighing about 13 to 20 pounds from trees and continue its flight without landing.

What Helps an Eagle Pick Up Such Weight?

Momentum and speed are the two factors that determine the type of weight an eagle carries, the wings of an eagle need to support the weight of the bird itself and whatever weight the bird is carrying.

Lifting weight is not solely dependent on wing size but also on airspeed.

The faster a bird is, the greater its lift potential;

Eagles will carry heavier loads only but a short distance, they can take a little more than four or five pounds and fly with it, but anything more than that can’t be carried off, they can only lift and hope it along.

Can a Bald Eagle Pick Up a Cat?

Yes. Bald eagles can take domestic cats, while their main diets consist of fish. If they are opportune, they will eat squirrels, turtles, etc.

They are birds of prey, and they hunt and kill their food. The bald eagle is a carnivore animal; it is a meat-eater; if given a position where the bald eagle can catch and kill a cat, it would.

Bald eagles, however, do not actively target cats, but a small cat is within an eagle’s ability to take, it is rare, but they do it.

The only advantage the cat can have over an eagle is to be mobile on the ground and be very fast; since a cat weighs less than 5 pounds typically, it will be easy for the eagle to swoop down and pick it up without much of a fight.

Bald eagles usually live very close to forests or waterways; they are generally accessible to other prey such as rabbits, fish, and squirrels.

Can an Eagle Pick up a Human?

No. Eagles can attack a human, but they cannot pick them up even if they want to; the highest weight an eagle can carry is between 10 to 15kg;

There is a vast difference in a human’s weight that makes it impossible for an eagle to take them, no matter the species of the eagle or if the human is a child.

Since you have learned what a hunter an eagle is and the weights it can carry effortlessly from the ground by different species and wind conditions, you might likely be wondering if an eagle can pick up a human; the answer is No.

An eagle can not carry a human; an average human weighs 136 pounds which is far greater than the recorded weight of 15 pounds that a flying bird can take, so for an eagle to be able to carry a human, there have to be about nine bald eagles attempting to lift an adult human being in theory.

Usually, a bald eagle only weighs around 12 pounds, and it can not pick something more significant than 5 pounds,

So they do not pick humans or large pets; the only thing they can do with a considerable weight is to hop around with it in its claws, for bald eagles to be able to carry bigger things, they will need to have bigger wing sizes and have to be faster.

Can an Eagle Pick up a Dog?

The harpy eagle, for instance, regularly hunts and takes monkeys and can yank a sloth right off the tree it is in.

The Golden eagle, given its preference for small mammals like rabbits and prairie dogs in wild habits, will most likely actively hunt dogs, unlike the bald eagle, even though having the strength to take small domesticated dogs would instead prefer to scavenge wet areas in search of fish, among other things.

It all boils down to the weight of your dog; an eagle may be able to carry a dog weighing 2 pound Yorkie puppy but can’t have a dog weighing, let’s say 20 pounds.

Dogs are pretty safe from eagles since eagles won’t actively seek them out to carry them as food; they prefer to eat other things than your dogs.

Also check out this article I wrote on can an eagle swim?

How Large An Animal Can An Eagle Carry?

What an eagle can pick depends on many factors, the age of the eagle and the wind, for instance.

If an eagle is older, it will be bigger and have more strength making it capable of picking up a heavier thing than a smaller or an eagle that is younger than it.

Wind also plays a vital role in an eagle carrying weight. If it is blowing, the eagle can carry more.

They are intelligent; they know what they can and can’t have, they will not know what will take them out of their comfort zones.

Depending on air current and hold, Eagles can pick up anything from a small gazelle, a baby antelope or deer, sloths, fish, monkey, etc.

The fact that eagles are mighty and attack animals that are bigger than their weight doesn’t mean they can carry about just anything; there are limits;

Research has shown that they can only carry as much as 17kg of weight, and it is the maximum weight an eagle can carry.

An eagle, if the wind is favorable and depend on its momentum when picking up a weight, it can confidently carry off the ground preys weighing 5 to 10 pounds; an eagle can not pick up and fly with more than a weight of 10pounds; it can only struggle and hope around with it.

Eagles usually do not attack or carry a human baby; they can grab a baby but can’t take it because of the baby’s weight.

An eagle cannot pick up a human or a goat; they are among the most robust birds in the world.

They can pick up animals like domesticated cats or little dogs if they set their minds to it, but they won’t actively search for these animals to pick up. What helps eagles pick up such weights as we have earlier started is their momentum and speed. 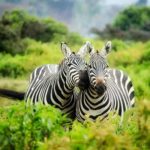 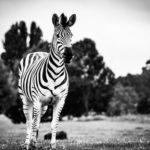