The strength of a donkey is one of its prime features; donkeys are extremely strong. But how do we fathom just how strong donkeys are?

Donkeys are beasts of burden for different reasons, their strength being one of them.

They have been companions to humans for thousands of years, and we are curious about how strong they are and the ways they display their strength.

How much weight can a donkey pull?

The terrain of where the donkey pulls the weight matters.

If it is on flat and smooth terrain, a donkey can pull up to double its body weight.

If the donkey has to pull the weight over the hill, then you shouldn’t expect a donkey to pull double its body weight.

At this point, 1/5 of its body weight is the ideal weight the donkey can pull.

If you push a donkey to pull too much weight over a steep or a hill, you would be overburdening the donkey, and this might be detrimental to its health.

If a donkey has to pull the weight down a steep or slope, the terrain will do the work; in this kind of situation, there is really no pulling; rather, the donkey would guide the weight down the slope.

1. The Size of the donkey

The size is often tantamount to strength. The bigger a donkey, the more weight it can pull.

A mammoth donkey can proportionately carry more weight than a miniature donkey.

It is a no-brainer that the size of a donkey affects the weight it can pull.

2. The health of donkeys:

Of course, a healthy donkey is generally stronger than a sick donkey.

Since donkeys rarely show signs of sickness, this might be a good indication that your donkey is sick.

Donkeys are good at pulling carts.

If you want your donkey to pull a dead weight, it might have trouble pulling it.

Therefore, the type of weight matters; a donkey can pull more weight if the weight is on wheels as opposed to the weight simply being on the ground.

Related: Here is an article I wrote on do donkeys need shoes?

4. The mood of the donkey

Donkeys are smart animals that can be moody.

Their mood can affects their performance.

A moody donkey would not put in much effort to pull anything, while an excited Donkey would pull a lot of weight.

In this kind of situation, checking what’s making your donkey, Moody could be a way to make it pull more weight.

5. Previous work done by a donkey

An overworked donkey would be unable to pull much weight.

When you want to check the weight your donkey can pull, make sure your donkey has not done too much work prior.

A donkey can pull double its body weight for about 3-5 hours; beyond this point, the capacity of the donkey reduces.

So you should not expect a donkey that has pulled twice its body weight for 5 hours to do so again when it is exhausted.

6. Breed of the donkey

A larger breed of the donkey can pull double its body weight or more, but a smaller breed like miniature donkeys is not built to pull such weight.

Also an old donkey cannot pull as much weight as a vibrant adult donkey. Also, a newborn is not expected to pull much weight.

When it comes to the weight a donkey can pull, you have to consider the above-stated factors.

You should ensure that your donkey is well-fed, healthy, not overworked, and of the right breed.

A well-fed and healthy donkey can pull double its weight.

Do donkeys kick harder than horses?

Between a donkey and horse of the same size, the kick of the donkey would be harder.

However, there is no sweeping generalization because a lot of things come into consideration when determining if donkeys kick harder than horses.

Donkeys are not as fast as horses, so while horses typically run away from potential danger, donkeys stand their ground and fight back.

This has made donkeys stronger fighters, and the way they fight is by kicking; ergo, donkeys are stronger kickers than horses, and they tend to kick more often than horses do.

On the basis of weight and size, donkeys are significantly stronger than horses.

But in reality, because horses are bigger than donkeys, the kicks of horses are stronger.

But if a donkey was as big as a Stallion, the kick of that donkey would be 2-3 times harder and stronger than that of a Stallion.

Weight and size are fundamentals in the hardness of kicks.

Also check out this article on donkeys and whether they need shelter.

Donkeys are strong biters. Their Jaws are very strong, and they exert a lot of force when they bite.

They open their mouth wide when they bite; this gives them significant leverage as they bite.

A donkey’s bite could lead to loss of flesh; they don’t have very sharp canines that pierce the skin and flesh of their bite victims, but because of the strength of their Jaws, relatively sharp incisors and canines, and force of their bites, they cause real damage, flesh damage.

Their bites cause more crush injuries than puncture injuries.

How much stronger is a donkey than a human?

Donkeys are very strong; they are way stronger than humans; although given the ingenuity of humans, we have bridged the gap of strength between animals and us through body enhancements and exercise.

Donkeys are still naturally a lot stronger than humans.

Are donkeys stronger than horses?

Proportionately donkeys are stronger than horses, but if you want to compare a stallion and a regular-sized donkey, you would see that the stallion is stronger than the donkey.

But a donkey that is as big as a stallion would be over two times stronger than that stallion.

Donkeys generally can carry more weight than horses, and the kicks of donkeys are stronger than that of horses.

Do donkeys have any weaknesses?

Yes, like any other thing alive, donkeys have weaknesses.

Because donkeys are from Africa, they are usually more prone to getting cold than many other animals.

Because donkeys are a beast of burden, they usually are affected by diseases that affect joints and bones, like arthritis.

Donkeys are very strong animals that can pull up to double their body weight; their kick and bite are deadly, they are not as fast as horses or some humans, but their strength is commendable 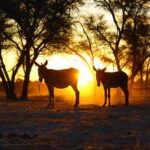 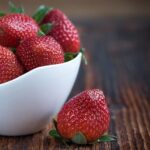