Different plants have different blooming periods and there are some sets of plants which tend to bloom at night.

Some of these plants also have sweet smelling fragrances which endears them to backyard cultivators and gardeners.

If you intend to cultivate a night garden then this list of plants that smell nice at night is for you. It is guaranteed you will enjoy having them close to your patio or porch.

Angel’s trumpet is a plant that grows in South America and has flowers that look like trumpets.

Usually, it’s white, pink, or yellow. This plant, which is also called Brugmansia, develops well under eaves and against walls.

Plants that are grown in pots will be smaller and can be brought inside if there is a chance of frost.

Its scent gets stronger at night and can take over the area. B. sanguinea, which has orange-red flowers, is the only angel’s trumpet that doesn’t have a smell.

Angel’s trumpets are often grown as ornamentals in areas that don’t get frost and in greenhouses.

Angel’s trumpets are thought to be poisonous in every way. It comes from the nightshade family and has alkaloids in it that are dangerous.

Because of this, Brugmansia is often not planted in places where children or pets spend a lot of time.

Evening Primrose is native to the western part of the United States.

This beautiful plant can either be perennial or biennial. The plant attracts insects that fly at night because of its sweet smell.

Evening primrose opens quickly at dusk or on cloudy days, as the name suggests.

Evening primrose opens its pretty flowers late in the day and keeps them open until about noon the next day.

From spring to fall, there are a lot of white to pink flowers. Evening primrose can grow in poor soil or rocky places and doesn’t mind being dry.

It also likes to be in the sun all day. The plant is tough and is known to grow well even in the wild.

Some types of the plant grow straight up and can get as tall as 6 feet and as wide as 24 inches.

Others, on the other hand, are only 6 inches tall and are used as ground cover or in pots.

Evening primrose has been used from antiquity as a medicinal plant and that still prevails today.

Here is an article I wrote about plants with deep roots

Jasmine tobacco comes from South America. It is an annual herbaceous perennial in the Solanaceae (nightshade) family.

Plant it in soil that is moist, well-drained, and full of organic matter. It should get full sun or some shade.

It doesn’t do well in dry conditions, so make sure the soil stays wet.

Even though it can grow in full sun, the plants like to be in the shade in the afternoon, particularly in hot southern climates.

When planted, this plant needs 12 to 14 inches of space and will grow to be 3 to 5 feet tall. It is easy to grow more because you can just sow the seeds in the garden or start them inside.

Only at night do the showy, fragrant, tube-shaped flowers open. Its flowers smell so good that moths and other nighttime pollinators are drawn to them.

This makes it a great addition to a night garden.

The gardenia is a soft, evergreen shrub that was first found in Eastern Asia. It has very fragrant flowers and shiny, dark-green leaves.

Gardenias do well in pots, raised beds, as espaliers, as low-privacy or green screens, and in other ways.

Depending on what you want, there are many different kinds of gardenias to choose from.

These include, just to name a few, gardenia taitensis, brighamii, and thunbergii.

There are small plants that only grow 3 to 4 feet tall and big ones that can get up to 8 feet in diameter.

Some bloom early in the summer, while others don’t do so until later. Some types only have a few big blooms, while others have a lot of small ones.

It is safe to say Gardenias are a great addition to any garden.

Kahili Ginger is a popular ornamental plant that grows from underground rhizomes and has tall, cylindrical spikes. It can get as long as 45 cm.

It has up to 50 lemon-yellow flowers that smell nice. The showy blooms appear at the tips of straight stems in late summer and early fall.

These grow above the gray-green, orbicular, leathery leaves that can rise up to 30 cm long.

Even when they are not in bloom, the leaves look great on patios or decks with a tropical theme.

When the flowers are ready, the small capsules inside them split open to reveal bright red seeds.

Kahili Ginger is one of the most hardy flowers in its family. It is a bold, architectural perennial that adds an exotic touch to the garden and pots.

The common name for a species of plants with flowers that open at night is moon flower.

They are native to tropical and subtropical areas, which is why they are also called Ipomoea or morning glories.

The genus contains a number of ornamental vines, such as the sweet potato, which can be eaten, and alba, a fast-growing vine that can provide shade for a gazebo or similar structure.

It can grow 20 to 30 feet tall in one planting season if the conditions are right.

The leaves are in the shape of a heart, and blooms look like funnels. The flowers are white and bloom in the evening.

They can be seen and smelled all night long. Over millions of years, they have changed to only open at night.

They do this because most of the insects that pollinate them do so at night. The hawk moth is one of these bugs.

Because these insects are sensitive to light, the flowers are already open when they come out at night.

The plant Cestrum nocturnum, which is often called night-blooming jasmine, is not a real jasmine.

This plant is in the same family as tomatoes and peppers, called Solanaceae.

Because their names are so similar and their flowers smell so much like jasmines, jessamine plants are often called jasmines.

Like jasmine, jessamine can grow as either a bush or a vine. Night-blooming jessamine is a tropical shrub that stays green all year.

Night-blooming jasmine is great for privacy hedges and screens because it stays green all year and grows tall but in a columnar shape.

From spring to late summer, it has clusters of small, white-green flowers. When the flowers die, white berries grow on the plant.

These berries attract a wide range of birds to the garden. As soon as the sun goes down, the small, tubular flowers of night-blooming jasmine open, sending a sweet scent through the garden.

The four o’clock plant, or Mirabilis jalapa, is a bushy perennial plant with flowers.

The stems of these plants with tuberous roots have oval leaves with a pointy end. Because of how they bloom, they are known by that name.

The flowers usually open in the late afternoon, around 4 p.m., and stay open all night until morning.

The flowers look like trumpets and have five petals.

They come in different colors, most often pink and red shades. 4 o’clocks are a plant that grows quickly and should be cultivated mostly in spring.

It’s important to know that all parts of four-o’clock plants are poisonous to both people and animals.

Plant your 4 o’clocks in a spot where you and your family can easily smell their sweet scent.

The Casa Blanca lily is a cross between an Oriental lily and a daylily.

It is in the genus Lilium. It is easy to grow and has beautiful flower bulbs that bloom in the middle to end of summer.

Each Casa Blanca flower has six white petals that shine and anthers that are a reddish brown color.

As it blooms, each large, eight-inch-wide petal curls outward and shines magnificently in the direct sunlight.

You can plant this Asian lily in the spring or fall, and it will sprout in August and September.

It looks good when cultivated with three or five bulbs of the same kind, and it does well in a pot. Casa Blanca has a big white flower with a sweet scent that people love.

Honeysuckles (Lonicera spp.) are part of a large family of hardy shrubs and creepers that flourish widely across the world. Honeysuckle comes in more than 180 different kinds.

Honeysuckle vines are easy to grow and take care of because they can be used in many ways and there are so many of them.

These plants do best in full sun, but they can handle some shade.

The honeysuckle plant can also grow in different kinds of soil, though it does best in well-drained soil that has been added to with organic matter.

Honeysuckles can be grown as ground covers in the right places, but most of them do best when they have some kind of support, like a fence or a trellis.

They can easily be grown in pots or containers.

These ten flowers are beautifully diverse and will make a great addition to any garden. Most of them are night blooming flowers that open their blooms at night.

Some of them such as Brugmansia are poisonous and should be kept away from children and pets.

Other than that, you can be assured these plants will provide you with the best fragrances possible at night. 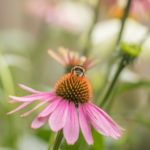 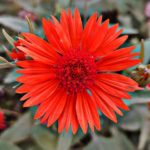