Whether you are a nature enthusiast or have recently discovered some plants growing in your home or the wild, you may be curious about the stems such plants have.

Knowing how to accurately identify a plant is sometimes critical, especially in a survival situation when you need to determine if a plant’s fruits are edible or deadly.

Due to their distinctive traits, some plants are simpler to categorize than others. Others are far more difficult to tell apart and can readily be mistaken with other closely related species.

You already have an advantage in the case of plants with upright stems, as this is an evident characteristic.

The tropical tree Mangifera indica produces an edible stone fruit that is said to have originated in the area between northwestern Myanmar, Bangladesh, and northeastern India.

The tree can live for hundreds of years and grow to remarkable heights. The simple, lanceolate leaves can grow to a length of 30 cm (12 inches).

Large terminal panicles bear the blooms, tiny, pinkish, and fragrant. Some flowers have stamens, whereas others have pistils.

The size and flavor of the fruit are variable, from oval to heart-shaped to kidney-shaped.

Mangoes range in weight from 1.8 to 2.3 kg, with the smallest weighing barely more than a plum (4 to 5 pounds).

Colors range from bright reds and yellows to drab greens. When ripe, the yellow to orange flesh surrounding the solitary, big seed is delicious.

Here is an article I wrote on plants with dots

The height of a sweet orange tree can be as high as 20 feet. The medium-sized ovate glossy evergreen leaves with slender wing-like petioles.

The five-petalled white blossoms have a strong scent.

Fruit is a hesperidium, and the flesh is divided into carpels, each of which contains a seed.

Sweet-orange fruits generally come in a round form and orange pulp color; however, there are a few exceptions to this general rule.

For example, a mandarin is flattened, whereas a blood orange contains scarlet pulp.

Unlike some other deciduous fruits, oranges don’t ripen or get better after being harvested.

From 50 to 80 years and beyond, the trees bear abundantly; there are even centuries-old orange trees still bearing fruit now!

Rhizomes, the underground stems of the banana plant, shoot up 3–6 meters (10–20 feet) in height from the base of the plant.

Ten to twenty oblong- to elliptic-shaped leaves form a rosette at the top of this stem, which is made up of the base of leaf sheaths.

The false stem is topped by a big spike of yellowish flowers covered by enormous purple-red bracts that bends down to produce a cluster of 50 to 150 fruits or fingers.

Bananas are arranged in 10- to 20-piece clusters, called hands.

It is common for a plant to be chopped down to the ground once it has produced its fruit because each trunk yields just one bunch.

Suckers, or shoots, emerge from the rhizome every six months to replace the dead trunk.

Over 200 species of maples (Acer) of the family Sapindaceae may be found in the North Temperate Zone.

However, they’re mostly spread in China. Among decorative plants, maples are among the most popular.

Medium-sized maples may reach up to 30 meters (98 feet). Sugar (A. saccharum), silver (A. saccharinum), and red (A. rubrum) maples are among the tallest shade trees, reaching heights of more than 30 meters.

Maize is a tall annual grass with a robust, upright, and strong stem. Leaves long and slender have wavy borders and are arranged alternately on the stem.

The tassel at the end of the stalk is where the male flowers are located.

As they develop and form the edible ears, the pistillate (or female) inflorescences have longer spikelets arranged in longitudinal rows and bear paired spikelets in pairs.

This creates two rows of grain from each row of spikelets.

Many colors of maize are available, but yellow and white kinds tend to be the most preferred for human consumption.

Modified leaves, known as shucks or husks, cover each ear.

Some bamboo species may grow as much as 30 cm (1 foot) each day, making them fast-growing perennials.

Culms, the woody ringed stems, are hollow between the rings (nodes) and develop from a thick rhizome in clusters (underground stem).

Bamboo culms can grow between 10 and 15 centimeters (about 4 and 6 inches) and more than 40 meters (approximately 130 feet).

For the most part, bamboos don’t blossom or generate seeds until 12–120 years into their development cycle, and even then, they only do it once.

Species that spread rapidly and densely enough to obstruct the development of other plants are known as invasive.

Perennial pokeweed (Phytolacca Americana) may be found throughout the United States.

Dragon Berries, American pokeweed, and poke sallet are some popular names for this weed.

It has the appearance of a shrub, with thick red-purple stems, green lance-shaped leaves, and a height of up to 10 feet (3 meters).

Pokeweed’s fruits are another distinctive feature and its red stalks. It has clusters of grape-like green berries at the end of the summer.

When they ripen in the fall, they turn a deep purple.

The fruits of pokeweed are poisonous! There is no safe level of exposure for humans or other animals.

All components of the plant, not only the fruits, are poisonous.

Pokeweed can thrive in various soils and habitats, making it a serious threat to the local flora.

Because of this, pokeweeds are classified as invasive species in many parts of the country.

The berries of this shrub contain poisons that birds can’t metabolize. In this way, they aid in propagating pokeweeds by eating the fruits.

Large, blooming perennial shrubs like the castor bean (Ricinus communis) are known for their rapid growth.

The adult form of Ricinus is also easily identifiable. It can reach about 39 feet (12 m) in height in countries without harsh winters.

Green foliage and red stems are common of some kinds, whereas purple-reddish leaves and stalks are more common.

Ricin is an extremely poisonous toxin found in castor bean seeds. This poison is enough to kill an adult man if he eats a few seeds.

As a result, the castor bean is among the world’s deadliest plants.

There are around 17 species of flowering plants in the Paulowniaceae family, which includes the fast-growing Paulownia.

A native of central and western China, this plant has become a popular choice for landscaping worldwide.

The paulownia genus of shrubs is considered an invasive plant in some parts of the United States because of its rapid growth.

As a result, it is not uncommon for these trees to grow up to five meters in a single year.

The paulownia tree might be mistaken for a giant weed if you’ve never seen one before. It features a huge, flat green leaf with a robust stem.

Paulownia, when fully grown, is a beautiful blooming tree. However, it produces occasional brown fruit during winter, which many find unsightly.

There are several varieties of the common sunflower, but the most common one is the sunflower seed.

It belongs to the Helianthus genus, home to more than 70 different plant species.

Many people are familiar with sunflower seeds, but they may not be able to recognize a sunflower plant until they see the plant’s well-known yellow blooming head.

There are a variety of sunflowers, some of which have flower heads that come in various hues and sizes.

The stem, huge rough heart-shaped leaves, and blooming head identify the Sunflower plant. The stalk is thick, green, erect, and coated in a thin hair covering.

Additionally, several types of sunflowers are utilized in landscaping as decorative plants.

This is only a small sample of the many erect-stemmed plants. Many additional plants would meet these characteristics; therefore, the list may go on indefinitely.

I hope this article has been useful in elucidating the differences between these plants’ stems. 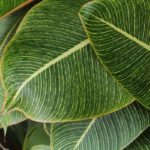