Most plants with parallel leaves are monocotyledons, veins are a part of vascular tissues found in plants.

The organization and designs of these veins in plants are known as venation.

Venations play a very vital role when it comes to differentiating plants based on their characteristics.

Venation in the leaf is important for providing support, growth, and coordination among various parts of plants.

Musa or banana as commonly known is one of three genera in the family Musaceae, this genus includes flowering plants like the edible banana, plantains, and over 70 other species of Known Musa with different uses.

Banana and plantain do not have woody root and their stems are made up of huge leaf stalks.

Technically they are gigantic herbaceous plants.

They have underground modified stems called Rhizomes, a network of roots. The banana leaf is a monocot leaf showing parallel venation.

The veins are arranged parallel to each other and do not join any other veins, unlike in the reticulate venation, there is branching in this.

The coconut plant is a large palm capable of growing to 30 m tall.

It is characterized by a tall, gray-brown, slightly curved single trunk, it thrives in very hot and humid environments as it loves the warmth and sun.

It has sprawling green palm fronds and the coconut fruit itself.

It is a member of the Palm tree family and the only living species of the genus Cocos.

The coconut tree provides food, fuel, cosmetics, and building materials among other things.

The coconut tree has leaves that are parallel, the leaves are long, pinnately divided, and composed of over 200 tampering leaflets.

Wheat is a bunch of grass with an upright tiller, the leaves are rolled in the whorl with the leaf blades smoother near the base and rough near the tips, with the lower side entirely smooth.

These were first cultivated in fertile crescent in a region around 9600BCE, today it is grown on many lands more than any other crops,

It is an important source of carbohydrate and a leading source of vegetable protein in human food.

The leaves of wheat have parallel venation.

Maize or corn as popularly called is a monocot plant belonging to the family Poaceae.

It bears both the sperm and egg on the same gametophyte.

The leafy stalk of the plant produces the pollen inflorescence and separate ovuliferous called ears that yields corn seeds or the fruits as the case may be.

The leaves of maize have parallel venation, in parallel relation, the veins are arranged parallel to each other.

The leaves are simple with an entire margin, they could be quite large, linear in shape, and arranged alternately.

Asparagus is a flowering perennial plant in the genus Asparagus.

The young shoots of the plant are used as spring vegetables.

It is widely cultivated as a vegetable crop in most of Europe and the Western Temperate Environment of Asia.

Asparagus is low in food energy and also low in sodium, it is however a good source of vitamin B, Calcium, Magnesium, and Zinc.

It is also a very good source of dietary fiber, Vitamin C, as well as Chromium.

Asparagus shoots are prepared and served in a different number of ways around the world either as a vegetable side dish or as an appetizer, they can be picked and stored for a long period.

Thicker stems of the plants come from older plants and they are woody, the stalks are either thick or thin from the moment they sprout from the ground.

The Asparagus plant has scale-like leaves emerging from the underground stem(rhizomes), it has a stout stem and feathery foliage.

Lily is a flowering plant genus growing from the bulbs, they are important in culture and literature in many parts of the world, they have large, distinct prominent flowers.

Most species of lilies are native to the Northern Hemisphere with a temperate climate range and extend into subtropics.

Lilies are tall with their height ranging from 2-6ft. They have scaly underground bulbs which are used as their organs of perennation.

Their flowers are large, fragrant, and come in a varied range of colors like white, yellow, orange, pink, etc.

Seeds of the lily plant ripen in late summer and they exhibit varying and sometimes complex germination patterns. Lilies are monocot plants characterized by having parallel leaf veins.

The Bamboo plant is a genus of flowering plants, it is native to central Africa and belongs to the family Asparagaceae.

The intermodal region of the stems is hollow and the vascular bundle in the cross-section is scattered throughout the stem rather than in a cylindrical arrangement.

Bamboos are one of the largest growing plants in the world, due to the unique growing rhizomes.

They are versatile and have diverse economic and cultural significance in South Asia, Southeast Asia, and East Asia, they are commonly used for building materials, raw products, food sources, etc.

Although bamboo trees have different leaf sizes among their species due to environment and genetics, the one thing they have got in common is they have bilateral symmetry with parallel venation and they appear similar across species.

Sugarcane plant leaves show parallel venation which is the main characteristic of the dicot plant.

Sugarcane is a type of perennial grass belonging to the Poaceae family, it is cultivated primarily for its juice and it is from the juice that sugar is produced.

It is grown in both tropical and subtropical areas and it is grown for biofuel production.

The Rice plant leaves have many veins( Vascular bundles) that are arranged parallel to each other, connecting between the main veins are the commissural veins and they are perpendicular to the main veins.

The rice plant has a parallel venation arrangement common in monocot plants.

The cultivated rice plant is an annual grass and it grows between 1.2 meters in height, the leaves are flattened and long and are borne on hollow stems.

It has a fibrous root system that is broad and spreading. Rice is produced by roughly one-half of the world’s population.

The Aloe Vera plant is a succulent plant species of the genus Aloe.

It has over 500 species, it is considered an invasive species in many world regions, and evergreen perennials that originated from the Arabian Peninsula,

it grows wild in tropical, semi-tropical, and arid climates around the world.

It is used in many consumer products like beverages, skin lotions, cosmetic ointments, or gel for minor burns and sunburns.

Its leaves are parallel venation containing a thickened gel inside of it that is useful for the treatment and curing of wounds and diseases.

Finally, most plants with vented or parallel leaves are monocotyledon, which plays a vital role when it comes to differentiating plants and is also important for providing support, growth, and coordination for different parts of the plants. 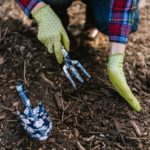 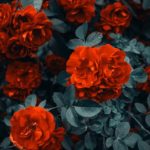